What one man learned about love from "The Bachelor"

Jeremy Freed says The Bachelor is a lie, but it did teach him a few things about relationships. 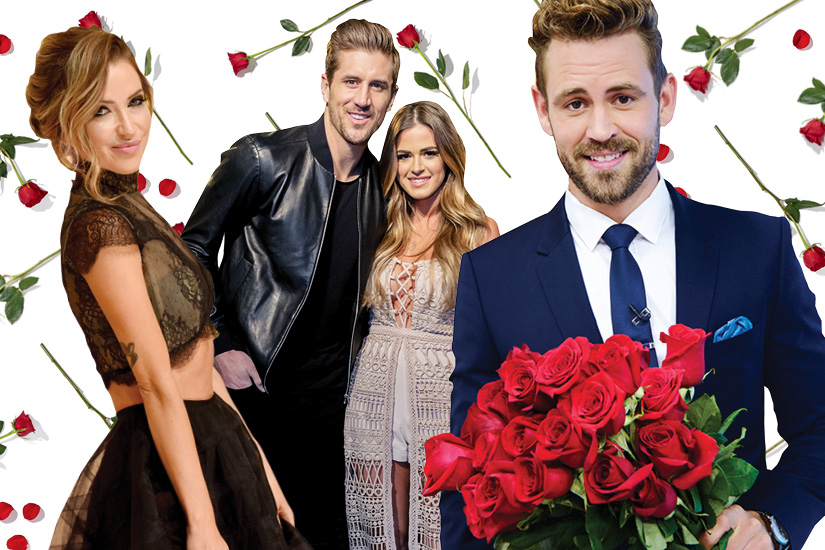 By last winter, I had begun to suspect that I’d never find true love. I was 34, had been dating continually since I was 24 and had largely been unable to make a relationship last for more than a few months. I would start seeing someone, become infatuated and then, realizing that this person wasn’t perfect in every imaginable way, break it off abruptly.

Maybe relationships of the long-term monogamous kind – the kind that lead to marriage, joint pet ownership and shared mortgage payments – aren’t for me, I mused. Or perhaps the version of love we’ve all been spoon-fed via fairy tales and Kate Hudson romcoms simply doesn’t exist – it’s just a lie invented by Hollywood and the Wedding Industrial Complex to sell us movie tickets, diamond rings (which, I take every opportunity to point out, are a scam invented by diamond companies) and overpriced hors d’oeuvres. I was a lot of fun at weddings, as you can imagine.

Then I met Anne. She was smart and kind, equally excited about bingeing on nachos and going to the opera and laughed sincerely at my dad jokes. When she outed herself as a fan of The Bachelor, I suppressed my knee-jerk reaction of ending things then and there. (Poor taste in entertainment had always been a deal breaker for me.)

I had always viewed reality TV as one of the harbingers of the decline of humanity and, as such, had never seen an episode. But I liked Anne. And, to be honest, I was curious. Despite all the stories I’d heard about ugly cries in the backs of limos, beach sex and shade throwing, it also appeared that, for some people, this was a sincere quest to find “the one.” So I watched it.

READ MORE: Sharleen Joynt on beauty secrets from The Bachelor

Within a few weeks of that first episode, Anne and I had not only made a standing Monday-night double date with host Chris Harrison but were also placing bets on Jubilee versus Caila for the final four and sharing recipes for Bachelor-themed pizza roses. (Yup, pizza in the shape of a rose is a thing. Google it.)

Was The Bachelor to me the TV equivalent of a pimple-popping video on YouTube – I just couldn’t look away? Or was I drawn to it because it embodies that search for the perfect one-in-a-million Tina Fey-meets-Beyoncé mate that I myself had undertaken for so long? The obvious short-comings of the series aside (and there are many, from its heteronormative premise to a cast with the racial diversity of a Taylor Swift concert to the “rich Prince Charming meets conventionally beautiful princess and they live happily ever after” format), The Bachelor felt familiar because it was.

Media critic Jennifer L. Pozner, who wrote Reality Bites Back: The Troubling Truth About Guilty Pleasure TV, says the show draws us in with the saccharine and simplified romantic storyline that we’ve been told since we were little. “All this stuff is fairy-tale language from our childhood,” she says. “And in that way, it can be seen as comforting.”

Not to mention that the actual dating experiences on the show mimicked some of my own. Swap the Bachelor mansion for Tinder and a white-sand beach for a trendy dive bar and you’ve got the last few years of my life, give or take a few helicopter rides. This isn’t an accident. At its most basic level, The Bachelor’s formula is much like most real-world relationships: You pick one person from many, you feel something for him or her that you don’t for others, you fight vanity and insecurity to see someone for who they are and you try to move forward together toward a shared future. What the show leaves out (along with the inconvenient realities of credit-card debt, body fat and political views) are the things about people and relationships that don’t adhere to a script – which is pretty much everything.

READ MORE: January Jones loves The Bachelor just as much as you do

Anne and I have now been together a year, and two important things have happened as a result. The first is that I’ve watched a season of The Bachelor, The Bachelorette, Bachelor in Paradise and more after-shows than I can count.

The second is that I’ve realized that I don’t want a fairy-tale romance. Anne isn’t perfect, but I’m certainly not either – far from it. For me, the difference between this relationship and all the ones that came before it is that I want to know her for who she is and our partnership for what it is, imperfections and all. We’ve never had dinner in a French château, but we did once spend a lovely weekend together in Pittsburgh. I still think diamond rings are a scam – sorry, Neil Lane – but my thoughts regarding my prospects for marriage and joint pet ownership have changed significantly, so I might yet come around.

The only red rose I’ll ever buy for Anne, though, is one made out of pizza. Fortunately, she’s into that sort of thing.

Find out what the stars have in store for you for May.