What it's like to tour a museum devoted to breakups

The famed Museum of Broken Relationships in Croatia gives new meaning to the term "letting go." 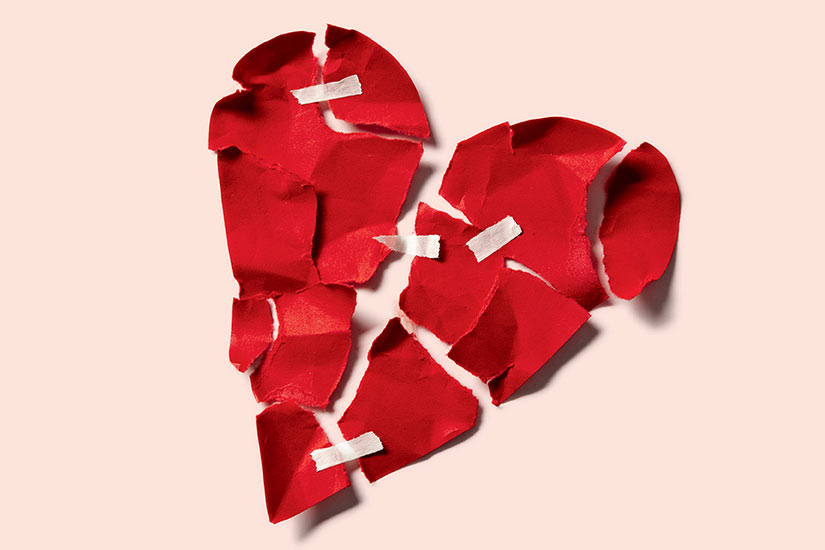 “Should I be worried that you’re taking me to see an exhibit about breakups?” asks Brendan, my boyfriend of three years, as we stroll hand in hand to the Museum of Broken Relationships, in Zagreb, Croatia. I smile, clutch his hand a little tighter and tell him to “think of it as a bonding experience.” We’re here on holiday, and I’m too curious to pass up one of this city’s top sightseeing spots.

Located in Zagreb’s postcard-perfect Upper Town neighbourhood, the six-year-old museum displays the physical remnants of failed relationships. The mix is as eclectic as a train-station lost-and-found bin: a lone shoe, a box of gourmet microwave popcorn, a bouquet made of paper. Most of the keepsakes sit on illuminated platforms, like small altars of heartbreak, accompanied by personal essays about what they signify. As I walk through, I spot an “ex-axe” embedded in a cracked wall that was used to chop up a cheating lover’s furniture.

These quirky matter-of-fact yet heartfelt displays have made the museum a must-see for tourists and locals alike, drawing almost 100,000 visitors a year and spawning dozens of travelling exhibits that have hit cities like Seoul and Helsinki. One exhibit even touched down in the Yukon last year, and a permanent sister museum opened on Los Angeles’ Hollywood Boulevard this past summer.

The essays are as varied as the objects they relate to and reveal the many ways we deal with heartbreak. There’s pain: “Still it hurts” reads the story of a long-distance romance that accompanies a hoodie from Narasaraopet, India. Humour: “Not compatible” are the only words to explain the Wi-Fi router from San Francisco. For others, it’s gleeful retribution, like the toaster from Denver with text that teases “How are you going to toast anything now?” Or acceptance, like the stuffed loon toy from Toronto, whose donor, defeated, wrote, “I think everyone really tried…The world just kind of works that way.”

As we walk through the museum’s rooms to the sound of Joy Division’s “Love Will Tear Us Apart,” I watch Brendan’s face for a reaction. He has never been through a breakup (I’m his first girlfriend), so it’s fitting that he likens the museum to something fictional: “You know how there are feel-good movies?” he says. “Well, this is like a feel-bad movie. You watch it once, feel something and then never want to visit it again.”

While the relics may not quite hit home for my boyfriend, they force me to think about my own broken relationship – a long-distance romance with a Hemingway incarnate that ended abruptly four years ago. After the initial shock, I packed the ruins of the whirlwind six-month long-distancer – a dried boutonniere, letters written in boyish scribble and 500 green M&Ms (don’t ask) – into a wooden box (which my mother dubbed “a little coffin”) and shipped them to my ex in Boston. I wanted some sort of closure so badly that I even paid for tracking. Had I known about the museum, I would have sent this small emotional legacy to Croatia instead.

Once I’m back home in Toronto, my mind keeps flashing back to the museum – to the plastic hamburger toy, the champagne cork and the nameless, lovesick exhibitionists who sent them in. Just like with a relationship, the feelings linger long after I say goodbye. I guess some of us need to bare our breakups in order to bear them.

OLINKA VIŠTICA, CO-FOUNDER OF THE MUSEUM OF BROKEN RELATIONSHIPS, ON THE ART OF HEARTBREAK

You started the museum with your ex-boyfriend in 2010. How did it come about?

“We lived together for some time after the breakup, which meant we were talking about our relationship and how to save something of it because it was beautiful and nice. It’s so sad that relationships don’t exist anywhere once they are broken. We’re both in the arts and thought, ‘Wouldn’t it be great if there was a place, like a museum, where you could send all the things you acquired together along with your story?’”

You receive an average of two donations a week. How does that shape the museum?

“Our displays are moulded by what we get. We have a room for family relationships, which wasn’t there when we started. The travelling exhibitions always have a call for local donations, so the exhibits are never the same.”

Is there a piece in the museum that you really connected to?

“There’s a very sad postcard from a 70-year-old woman in Armenia. [The postcard reads ‘Remember that day of our walk and never forget.’ It was from a suitor who drove off a cliff on the day the woman’s parents refused to let them marry.] She heard about the museum and got someone to write in English for her because she wanted to share a part of her youth. That was very moving. And everyone loves the toaster – when people get humorous, you know they’ve moved on. We always try to mix sadness with joy. That’s life.”

Why do you think people are compelled to donate?

“It’s an opportunity for closure. It’s a sort of ritual that can signal a new start. Some also feel rage, so donating is an act of revenge. There was a note in our Book of Confessions [an on-the-spot opportunity for visitors to contribute to the museum] from a 21-year-old woman who wrote, ‘I’ve never had a serious relationship, but I want my first one to fail so that it can end up in this museum.’ The more I think about it, the more I see it as the human urge to tell a story.”

Has running the museum made you more cynical?

“It’s made me more optimistic. Sometimes I walk through the museum at night and I can feel the people behind the objects. They are alive and just want to fall in love again. I feel connected to the lives of complete strangers. It’s a rare experience.”

Want some closure of your own? Here’s how to donate to the museum. Head to brokenships.com and fill out the online form. Once you receive instructions by email, write your story and mail your item. Although the donations remain anonymous, the feeling of letting go can be cathartic.