Mercury's in Retrograde: Here's What You Need to Know 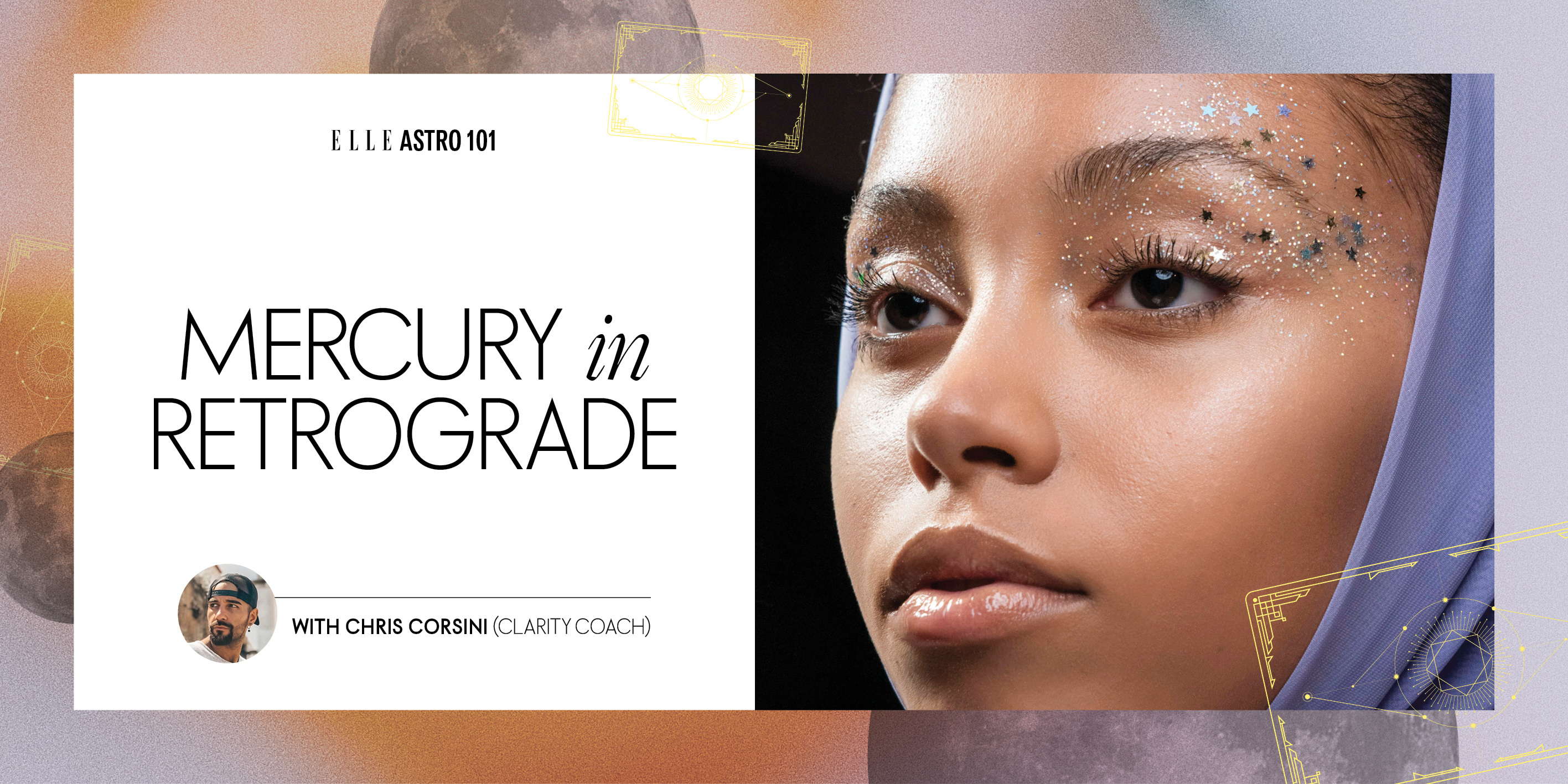 We hate to be the bearers of this news, but mercury is in retrograde. From June 18th to July 12th (plus a two-week “shadow period” before and after those dates), expect communications to be less than ideal. “Don’t send that text, don’t sign that contract – slow down,” says Toronto-based clarity coach Chris Corsini. Below, he breaks down all the dos and donts during mercury retrograde, plus what to watch out for during this particular cycle.

What is mercury retrograde?

“Mercury is a planet; I hope you know that. [Laughs] Retrograde means it’s slowing down. It looks like it’s going backwards (but it’s not really slowing down, it’s an optical illusion). It’s asking us to slow down – that’s the point. I know life goes on, but if you have to sign something, make sure you have read it two or three times, you ask a friend to review it, that type of thing.”

What to do during mercury retrograde:

“Mercury rules communication. If you have to have a heavy discussion, postpone it if you can. Miscommunication will certainly happen; be careful with what you’re saying. You don’t want to be impulsively saying things, because later you’ll be like, oh, why did I say that? So just chill.”

“Secondly, travel. If you have to arrive on time, leave your house early, because you will hit traffic or have car issues. Wear a seatbelt, okay?”

“Lastly, technology. Phones, laptops – back them up. Now, because this mercury retrograde is happening in the area of the sky related to cancer, water, energy. You don’t wanna mix water with technology. So, be careful with your laptop and your tea. If your tea is beside your laptop and you’re just on Skype – good luck on Skype first of all, because it’ll be like, glitch, glitch, glitch – but if you’re just chattin’ away and then the tea spills, and it destroys your laptop, don’t say I didn’t tell you, because I’m telling you now. Pay attention, okay?”

What not to do during mercury retrograde:

“Don’t rush, don’t start something new. Close the door, and if you have to, lock it and throw away the key, because that ex is still coming back.  This is a time for integration, inviting new energies and clearing out the old.”

What to know about the June 2020 mercury retrograde:

“Think about everything you’ve learned over the last three or four months (because Mercury goes retrograde every three or four months). It’s like, wow, I’ve learned a lot, I’ve grown a lot. Now it’s time to apply that lesson, okay? In the opposite area of the sky – Capricorn – there’s a lot of planetary activity happening that is influencing social change, reform, old traditions and structures coming down. We’re reestablishing those foundations.”

For more information on mercury retrograde plus the significance of 2020 in numerology, watch the IGTV video below.

@chriscorsini breaks down what this actually means and how to navigate the next four-ish weeks. #astrology #tarotscope #tarot #zodiac #horoscope #mercuryretrograde #retrograde

November's lunar eclipse signifies that it's time to start having sex again. Go ahead and get after it.

Find out what the stars have in store for you this Scorpio season.