Meredyth Cole reflects on the town that is "closer to her heart than any city." 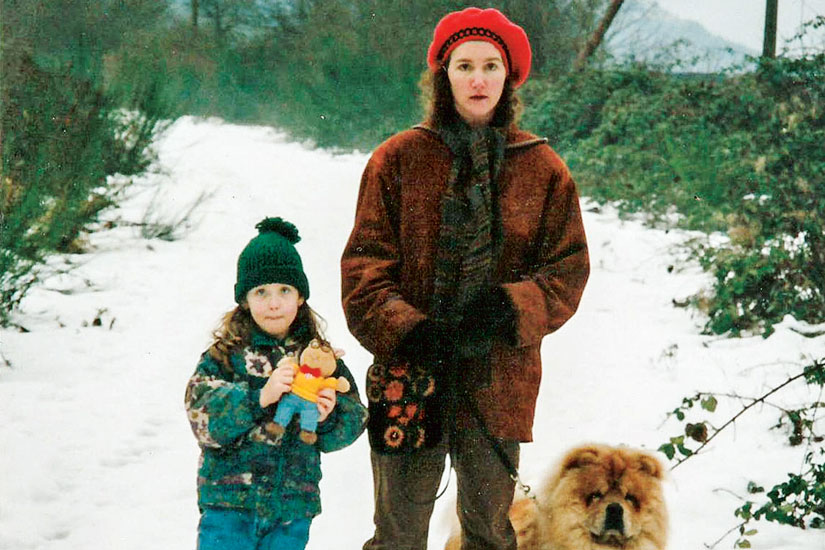 It’s hard to know when you have reached my hometown, a logging community on the southern end of Vancouver Island. There is a sign—a tin square the size of an iPad nailed high on a telephone pole—but it’s easy to miss after 40 kilometres of tree-lined highways and a forest full of power lines. I arrived here with my mother and sister 17 years ago, when I was in first grade, and this place seemed more detour than destination. Back then, my mum was newly single. We had hardly any money, and we were leaving the city for reasons as thorny and tangled as the blackberry brambles behind our new house.

At first, things didn’t look promising. My older sister scuffed her jelly sandals on the pavement moodily, repeating “I don’t want to live in the country” like it was a spell that would take us back to the city where we’d lived our whole lives. But you can’t go back home when you are in the middle of making a new one. Our lives in Vancouver, in an area so ritzy our neighbours kept horses, had expired. The city was full of bad memories and expensive rents; moving was both pragmatic and unavoidable. As a seven-year-old, I was dreamy but far from oblivious—it must have required significant stage managing for my mother to finalize a divorce, move house and euthanize the family pet with me hardly noticing. She made sure that the change played out more as an unexpected holiday than a setback, and, somehow, this vortex of upheaval largely passed me by.

It helped that everywhere I looked, something was waiting to redraw the margins of my comfort zone. Our new rental home had no central heating and considerable quirks: A chunk of the moulding on the wall of the living room popped off to reveal a hidden stash of whisky. Everything bumped up against the wilderness. A portion of my elementary-school curriculum centred on what to do if you saw a cougar. One day, a bear wandered the aisles of the convenience store eating maple-cream cookies, perhaps as bored as the local teenagers. I learned to swim in a lake, bobbing like an apple in the chilly water as late as November. I was outdoors as often as I was in. Between fights, my sister and I stacked wood in a lean-to next to our old maroon beater. We only had one television channel (perversely, the TV guide), so my free time was spent hiking in the woods or building “fairy houses” by the creek.

Even though the lifestyle was idyllic, as the years went by, I started to  adopt my sister’s view of things. I resented missing out on city life and started making bids for freedom, even begging my mother to send me to boarding school. Eventually, at the age of 20, I moved back to the city I’d missed so much. It was here,  away from my small-town existence, that I started to see my rural childhood more clearly than when I’d lived it. The whimsy I’d grown up with had never seemed remarkable until other people found it so. And while there is almost always comfort and sweetness in the places where we grew up, for me, my hometown is more than just a quaint, quiet escape. It’s a place that reminds me of how resilient the women in my family are, and it inspires me to have the same resourcefulness. When I re-evaluated the place where I grew up, I had to re-evaluate my mother’s role in raising me there. I realized that, as blissful as my childhood in the country seemed, it was my mother who’d made it that way. At home, my mum was forever creating patches of life in our little house—whether it was by baking sourdough bread or building a terrarium full of tadpoles— even as she was working to get her own life back on track. She’d turned a comedown into an adventure, cultivating stability in the most turbulent time of our lives.

READ MORE: Is the idea of a soulmate overrated?

What was her secret? Aside from choosing a tranquil town, at once lakeside and mountain-shadowed, my mother managed tough times by moving relentlessly forward. She showed me that a crisis doesn’t have to consume you. She started her own business from a nook in the corner of her bedroom, a place so drafty she got chilblains in the winter. She chopped wood, tended a garden, managed two brittle, bickering children and cooked artful, morale-boosting meals. Watching my mother create a new life from scratch taught me how powerful a fresh start can be and how much agency we have in our lives. How lucky my sister and I were to see someone take a reversal of fortune and reverse it again, making something lovely from loss.

Today, when I go home to visit my mum and drive that familiar stretch of highway, past power lines and the telephone pole with the tin sign, I find it hard to imagine how our lives would have turned out if we’d stayed in Vancouver. My adopted hometown proved that detours can turn out to be direct routes to somewhere beautiful. The most nurturing place in the world is just before the public road ends, on the outskirts of an empty sawmill, and it’s closer to my heart than any city.

This article originally appeared in the December 2017 issue of ELLE Canada.