We tried it: Finding a bestie on platonic dating apps 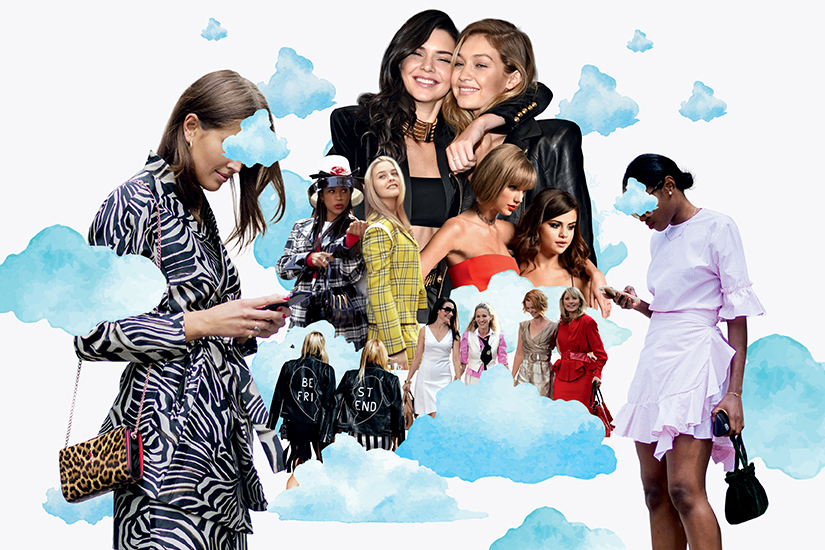 Just before my date with Alex*, I take another look at her profile. She’s 29, stylish (I knew I’d be into her after seeing the shiny army-green culottes she rocks in one of her photos) and an ad-agency exec. She was definitely one of the first girls who caught my eye, so, naturally, I was thrilled when we matched.

For our first meeting, Alex has invited me to do a Best Abs Ever class at Equinox Fitness Club in Toronto, where she’s a member. I have my sleekest Lululemon gear on – a strappy neon-green sports bra and ankle-length Luons. “I hope I like her,” I think to myself. As she glides into the women’s change room, we look each other in the eyes and smile. “She has very nice dimples,” I think. And she’s a lot prettier in person. The 30-minute ab class is tough but passes quickly. By the end of it, both Alex and I are head-to-toe drenched in sweat. (Nothing quite like a workout to break the ice.) When we finally get to talk while stretching after class, I waste no time in asking her how long she’s been on the app where we met and why she’s on it. You see, Alex and I found each other on BumbleBFF, which uses Bumble’s matching algorithm to connect potential friends. It’s one of many dating apps that are now also helping people start platonic relationships.

This summer, Tinder Social launched globally as a platform to expand one’s social life, meet new friends and plan group activities. It hasn’t taken long for similar companionship-based apps to pop up in app stores: Hey! Vina is for women only, Bvddy pairs people based on the sports they love and Meet My Dog is for owners who want to bring their pups on doggy dates.

I think Alex and I matched because of our similarities: We’re the same age, and we attended rival universities. I could also tell from her profile photos that we have similar interests, like fashion, travel and an eagerness to go out and explore Toronto. It really helps that BumbleBFF shows you shared Facebook connections, and Alex and I have three friends in common. That solidified my interest; I mean, it’s almost like Alex had already been vetted by my existing network.

During our chat, we talked about how we met our three mutual friends, her dating life (she read me a bunch of texts from a guy she was supposed to meet through Bumble who bailed on her at the last minute) and the fabulousness of Indian weddings (she was going to one on the weekend). Our interaction was surprisingly natural: It was like I was talking to a friend I’d known for years. When I asked Alex why she’d joined BumbleBFF, she said that it wasn’t because she didn’t have close friends from childhood, school or work but because most of her girlfriends now lived with their boyfriends. As a result, they simply don’t do things with her – like workout classes, salsa dancing, going to see hip-hop DJs at various Toronto bars – as often as they used to.

Being at the mercy of your closest friends’ schedules is certainly something I understand. Out of my five best friends, one lives in the States, two are doctors and two are married. Our schedules don’t leave much room for leisurely girl time, the kind we used to have a lot of 10 years ago, when we were 19. So I’m on the lookout for functional girlfriends – people who I can go to the opera with, people who actually enjoy hot yoga, people who work in similar creative fields, like Alex, who has since invited me to go out dancing and to her place for a wine night.

READ MORE: The trouble with girlfriends

The thing is, I definitely lucked out in meeting Alex because BumbleBFF is almost as competitive for finding friends as its sibling app is for finding romance. After swiping right about 100 times over the course of a week, I only matched with two people – Alex and an aspiring yogi named Chloe*. (My in-app conversation with Chloe eventually fizzled out.)

Still, there are others – like Vanessa Ortali, a 30-year-old entrepreneur – who have built a strong network of functional girlfriends as well as best friends by using the app. Ortali joined BumbleBFF back in April, when it was fairly new. She has since become the organizer of the 400-women-strong BumbleBFF Toronto Facebook group. “The funny part is I’m single and don’t online date for men – I only online date for friends,” she explains. “A lot of my friends are getting married and having babies and just don’t have the time anymore. I live right downtown and I am busy, but I also want the flexibility to be able to plan last-minute things – fun things – and not be held back by my friends’ availability.”

When I ask Ortali if she’s been able to make any close friends (the kind of friends you would call during a time of need) through these digital meet-ups, she says that one of her closest confidantes is actually a woman from Vancouver whom she met on BumbleBFF. “I consider her one of my best friends who I’d actually go to for advice because we’re on the same wavelength – we think the same way, and we have many of the same values.”

Still not completely convinced that BumbleBFF was working well for me, I decided to try Hey! Vina, the brainchild of Olivia Poole and Jen Aprahamian. Poole, who relocated to San Francisco in 2009 from Southern California, felt lonely living in a new city and started finding friends by messaging like-minded women on OkCupid. “It was really hard for me to find my people,” she says. “I mean, I had friends, but I didn’t have my people.” Since its launch in January, Hey! Vina has become the world’s largest female-only platonic-dating app, with a presence in the United Kingdom and most major U.S. cities as well as Ottawa, Toronto, Edmonton, Calgary and Vancouver.

Thankfully, I had a much easier time on Hey! Vina, and within a week I’d matched with nine other women. (My guess is that because Hey! Vina only allows you to upload one picture, versus the six that you can post on BumbleBFF, women are less inclined to make superficial snap judgments.) Which goes to show that the rules of online dating prevail even if you’re looking for platonic relationships: Ask a girl out too soon and you’re likely to be ghosted; get asked out too soon and you’re likely to be suspicious.

I connected with a late-twentysomething named Victoria*. She frequented the same Toronto hot spots as I did, and, overall, my gut feeling told me that she could be a good fit. After chatting on the app for only two days, I decided to take things to the next level: “We should go out for a few drinks in the coming weeks and talk travels,” I wrote. “I would be 100% down to chat travels over a cocktail or two…or three,” she responded. “Perf, maybe next week, Wed or Thurs? LMK. Patio for sure!!!” I concluded. And it has been radio silence from Victoria ever since.

On the other hand, Jane*, a twentysomething originally from Montreal who had just moved to Toronto from New York, asked me out for a drink after four days of texting through Hey! Vina. Four days may seem like a long time, but we never had any lengthy, in-depth conversations where we really learned about each other. And in her profile photo, she’s wearing large sunglasses, so I couldn’t really see her face.

I felt a bit unsure while riding the streetcar to meet Jane at a pub. “I really don’t want to do this,” I thought to myself. And when she strolled through the patio, met my gaze and waved, I felt like the next one to two hours were going to take a lot of effort on my part. Although Jane did look different without her sunglasses on, I also felt that we’d had no real connection during our online chats, and that lack of chemistry manifested itself in real life too. It turned out we were on different ends of the spectrum on everything from what we like to eat and where we shop to how we spend our downtime.

Jane was new to the city, and it was easy to see that she appreciated being around someone, even if it was just to sit and have a drink. And after spending an hour or so with her, I admired that she’d taken charge of her own wants and needs and that she didn’t wait around for friends to appear out of thin air. It seemed Jane and I could relate on one level: We both know how to take charge of our own lives. But a bad platonic date can still be draining in the same way that a lousy romantic one can be. And, after meeting Jane, I admittedly went on a platonic-dating-app detox.

I know that the friendships I’ve been building for the past 10 years will always have an ease to them that I won’t get from hanging around with people I’ve just met on an app. One could argue that these friendship apps will make us devolve, that new “friends” could use other new “friends” (similar to the hookup culture fuelled by dating apps like Tinder) to get exactly what they need at a particular time – a  party friend for an evening of cocktails, an artsy friend for a show at the ballet or a sporty friend for a bike ride across the city. But that doesn’t mean some of these platonic dates can’t turn into flourishing friendships, because, as with romantic dating, it’s a numbers game. I’ve only met a handful of girls so far, and I’ve gelled with every one except Jane. Ortali, on the other hand, has gotten to know over 400 women and has nabbed a best friend out of it. After all, isn’t this why we all use dating apps – platonic or not – in the first place? To meet new people, to cast off the one-offs and eventually find the one that sticks.

Tinder dos and don’ts you need to know

How to deal with grown-up mean girls and adult bullying