Trust me: Is cheating on the rise?

With all the modern ways to cheat, jealousy is on the rise. Can the green-eyed monster be tamed? 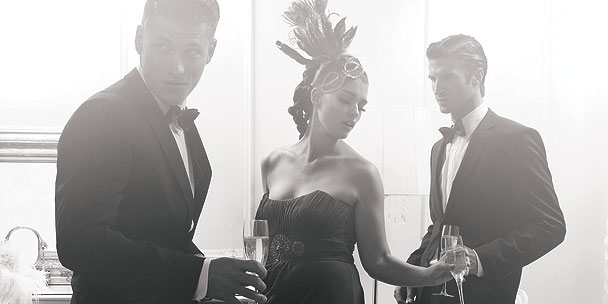 When I was nine, my parents enrolled me in leadership camp. At the top of the life-lesson list? Understanding other people’s feelings, which, our group leader Sprint told us, was the secret to winning trust and respect and the building block for all romantic relationships.

Flash-forward decades later: I was standing between my then boyfriend and another woman, who were engrossed in conversation while I stood mute, clutching a champagne flute, at a party. Cheeks reddening, I recalled Sprint’s words: “Partners must listen attentively to communicate effectively.” Staring at her hand resting on my boyfriend’s elbow, I had no doubt that this woman—who had yet to be introduced to me—was well schooled in listening skills. But my boyfriend? He had something to learn. When we left the party, I was furious and he was baffled. That night, I recognized what caused my painful niggles of jealousy: the deliberateness of my boyfriend’s behaviour. He might not have meant to upset me, but he sure meant to flirt.

Identifying the cause of jealousy flare-ups is more relevant than ever amid the explosion of seemingly endless ways to be unfaithful, from texting to IMing to Facebooking. (See “I [Heart] You,” page 72.) For anecdotal evidence, just raise the subject with your girlfriends.

See Dr. Sue Johnson observation about jealousy on the next page …
Top 12 things to never ask a man
Learn how to detect a cheater

“I simply find it unnecessary,” says Leah* of her boyfriend’s sporadic MSN chats with ex-girlfriends. The ghosts of boyfriends past loom large for Leah: She spent her previous relationship nettled by insecurity. When her then boyfriend’s social life suddenly ballooned, Leah resorted to snooping through his BlackBerry. Unfortunately, her suspicions were confirmed: He was cheating on her. “I’m terrified that it’s going to happen again,” she says.

It’s no surprise that the betrayed are more likely to surrender to jealousy. But, as Dr. Sue Johnson, an Ottawa-based psychologist, explains, jealousy is more complex than an instinctual dislike for your partner’s gorgeous co-worker. “Jealousy is vigilance to loss,” says Johnson, the developer of “emotionally focused couple therapy” and author of Hold Me Tight: Seven Conversations for a Lifetime of Love. “It’s often based on fears that we’re not special enough or desirable enough to hold on to another person’s love. The less experience we have that we are precious to others, the more likely we are to be jealous.”

In an age when phoning someone seems as dated as Bennifer, many couples are struggling to preserve real intimacy. According to Johnson, self-esteem is the most important building block to creating a healthy, jealousy-free relationship. Consider Sonja, a Vancouver-based PR consultant. Confident and charismatic, she has never had a problem with jealousy— but her partner of eight years and husband of three, Lucas, is another story. He has made an effort to address his natural bent toward jealousy. “He controls it because I wouldn’t take it otherwise,” Sonja says frankly. But, more recently, Facebook has dug up old problems. For Sonja, Facebook is a convenient way to communicate with friends. For Lucas, who seethes over Sonja adding a new guy to her friend list or posting a nice profile picture, the site is a threat to their relationship. With nothing to hide, Sonja hasn’t tried to steel-bar her privacy— in fact, because her password is the same for all her accounts, she’s quite sure that her husband has broken into her Facebook profile. But she shrugs it off: “There are way too many nice qualities about our relationship to care about his insecurities with Facebook.”

Learn how to overcome jealousy on the next page …

As Wendy Trainor, a marriage therapist based in Toronto, points out, self-esteem can’t grow in a vacuum. “We all feel vulnerable at times,” she says. “Our partners need to reassure us when we feel that way. If we feel secure, we won’t feel jealous.”

But what of the “cool girlfriend” who would rather self-immolate with jealousy than admit to feeling insecure? Blair, a Toronto artist who lives with Sam, her boyfriend of five years, isn’t the type to sweat the small stuff. She has close male friends, including ex-boyfriends, and she has no problem being friendly with Sam’s exes. But one day an elephant barged into the room. Enter Cathy, Sam’s new coworker, a five-foot-eleven bombshell with a fondness for red lipstick and Jimmy Choos. In addition to sharing an office and going on multiple business trips with Sam, Cathy was suddenly a member at his gym, a partner in side projects and a close friend. Feeling threatened, Blair shed her nonchalance and started digging through her boyfriend’s emails. “I’m lashing out because I feel jealous, but I can’t find a way to express it,” she says. “Usually this makes me act like a hysterical nut, freaking out about things that don’t matter and eventually tearfully coming clean about what is really bothering me.” Which is? “She’s everything I’m not.” This makes perfect sense to Trainor. “Even the most secure people feel insecure sometimes,” she explains. “The important thing is to be able to ask for reassurance—and to have a partner who can give us that without judging.”

Both Johnson and Trainor say that empathy—on both sides—is essential. “You need to be able to acknowledge how you hurt each other, even if you didn’t mean to,” says Johnson. As elementary school as a fit of jealousy can feel, the remedy is equally elementary in principle. “Just as children turn to their parents for a sense of self-esteem,” says Johnson, “as adults, we turn to our partners to get those needs met.” All you need to do is ask—best done after the green has faded from your eyes.

Read more
The art of flirtexting
When web-based flirtation meets reality
Internal Affairs: The dirt on love at work