We all know the power of a really, really good outfit. But for the women who benefit from the non-profit organization, Dress for Success – which provides wardrobes for women looking for work – that new suit or skirt can be life-changing. 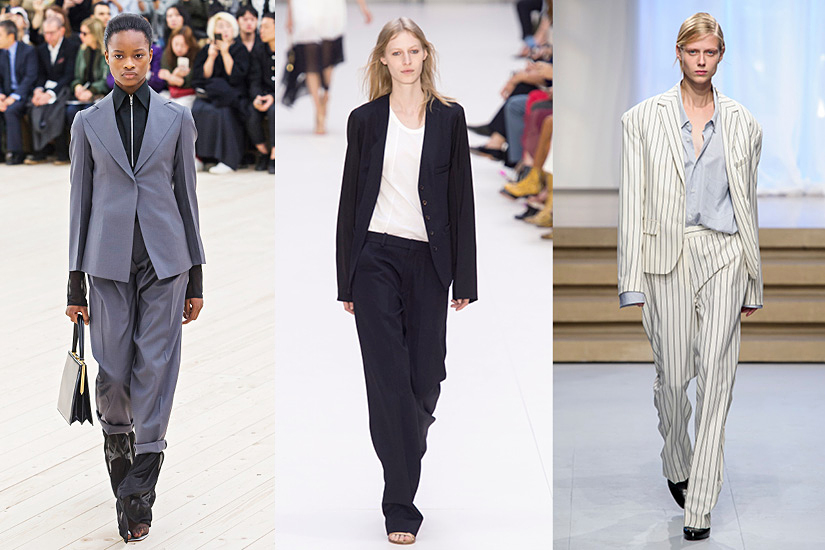 Clients, who are typically referred through social services, spend an hour with a stylist in one of the organization’s cozy boutiques. Some liken it to shopping your best friend’s closet, but the experience is more than an afternoon of playing dress-up: it’s the first step in making disadvantaged women feel visible again. And wardrobe is just a part of the equation. Dress for Success also provides interview counselling, mentorship and career workshops. Here are the stories of three women who have benefited from its services.

Serena Cripps used to wallow in self-pity like it was a “warm, fuzzy blanket,” she says of a life of domestic violence, mental illness, drug addiction and homelessness.  Dress for Success helped her pull herself out of this spiral. She was referred to the organization in 2013 when she had a job interview for an officer manager position. “I had lost my clothes. All I had were sweats and T-shirts from the donation room at the shelter,” she says. “I was totally embarrassed when I went to my first appointment because this was not who I am…I felt that I had somewhere to start after I had those outfits.”

Cripps has kept all her clothes, including her favourite peach-and-black suit, which she plans to put to good use when she finishes her studying to be a peer support worker. (She eventually hopes to open her own non-profit for women with addiction and mental illness.) In the meantime, she’s continuing to attend workshops. “Because I was treated with such love and acceptance, my own personal judgments about myself started to fall away. And I’ve made some really great friendships out of it.”

The first thing Trude Huebner does when we get off the phone is text a photo of her new pair of kitten heels. “They’re my little sparkle shoes,” says the 70-year-old breast cancer survivor. “I was quite conservative before. Today, my style is much more free and has a stylish, modern edge. It’s been such fun.” Huebner credits Dress for Success for this new fashion sense and for helping her jump start her career.

She used the service after she lost her editorial researcher job in 2001; shortly after she was diagnosed with Stage 3 breast cancer and couldn’t work during treatment. In addition to “shopping” the dress boutique, the mother of one started attending workshops during recovery, eventually joining the organization’s Professional Women’s Group to hone her interview skills. “If I hadn’t, I would have been floundering. How do you explain a long absence out of the work force,” says Hubner, who still volunteers with the organization. “It was just so nice to be in the company of sharp, smart women who all want to have great jobs. I got a great resume going and it was an affirmation.”

In case you’re wondering, she still keeps the navy blue pant suit from the boutique in her closet. “It got worn to death,” she says. “I just wore it for everything that I did. Put that on and it was like being Wonder Woman, nothing could touch me. It was my suit of armour.”

Melissa, who asked that her last name not be used, just celebrated her two-year work anniversary at a non-profit housing organization in Ottawa, a role she credits to her “magical experience” with Dress for Success.

She had moved to Ontario from Vancouver – where she was living in her van – to start over after escaping domestic violence. And while she thinks fondly of her afternoon at the Dress for Success boutique, she raves about the “dress rehearsal,” a mock interview with volunteers from the organization. “It was a really high point for me,” she says. “The human resources professional [who interviewed me] was an absolute angel. The questions were bang-on, they were perfect for my real interview.”

Melissa is now an ambassador for the Ottawa Dress for Success chapter. “Working has helped me boost my confidence and feel like I can contribute to my community. I am able to give back to them in the way that they’ve helped me so that they can continue to help other women.”

See how we helped empower three women in our ELLE Canada Closet.