The Upside of Regret

You can actually learn from it. 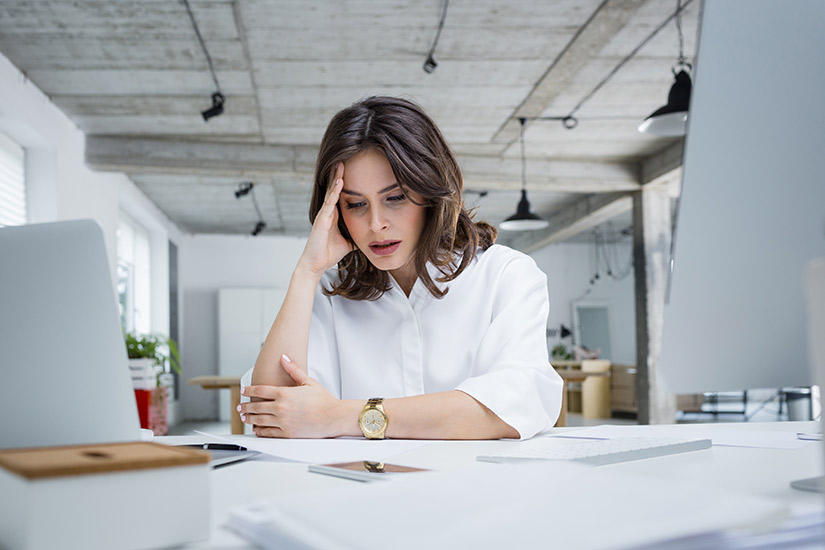 It’s number 33 on the Proust Questionnaire, a famous series of questions whose answers are said to reveal your true nature. Right before “How would you like to die?” (not by shark) and considerably after “What is your greatest extravagance?” (um, manicures?) is the most painful one of all: “What is your greatest regret?” There, with one answer, is everything you wish you’d done or all the things you wish you hadn’t. Regret hurts, and it’s one of the most common human emotions.

Humans have, of course, always experienced regret. What would a Shakespearean tragedy be without it? But today, in comparison to our grandmothers—or even our mothers—women in the Western world have more choice than ever before. If Bubbe could have been a nurse, teacher or secretary until she got married, now the world—theoretically, anyway—is our oyster bar, which leaves us with a lot more chances to regret not having pursued the pasta special instead.

It doesn’t help that, thanks to social media, there’s a relentless, real-time highlight reel available of the roads not travelled. The window into your seemingly endless options—careers, parties, partners, vacations, shoes—can be simultaneously paralyzing and demoralizing. You can only pick one path, after all. “More choices can mean more possible thoughts about what might have been,” says Amy Summerville, an associate psychology professor at Miami University and director of the Regret Lab there. This is known as “choice overload” and can leave people less satisfied with their decisions and even push us into making the wrong ones.

Women especially are constantly encouraged to #livetheirbestlife (no pressure), but what if you want all the best lives? Or at least the ones that include you lounging in a distressed tee on the perfect grey pouffe that you just bought in Portugal? “Trying to find the perfect ‘something’ is associated with feeling more regret,” says Summerville of how social media may exacerbate this stress. “If my goal is to find the single best thing, if something else is better in any way, suddenly my decision wasn’t good. It’s [no longer] enough to say ‘Hey, I’m hanging out with my friends and we’re having a good time’—now it’s ‘Could we have been having the most amazing time?’”

While you’re trying to have The Most Amazing Time, you’re simultaneously harassed by inspirational coffee mugs and cover lines on celebrity tabloids to live without regret. From Édith Piaf singing “Non, je ne regrette rien” to Demi Lovato’s anthemic “Sorry Not Sorry,” having zero disappointment in your choices is treated as the ultimate goal of winning at life. “When regret is talked about in popular media,” says Mike Morrison, an assistant psychology professor at King’s University College at Western University in London, Ont., “people tend to be left with the impression that it’s a sign of weakness, when actually regret can be helpful to you in the long run.”

REGRET: THE GOOD, THE BAD AND THE RUMINATIVE

The key, says Morrison, is to use it as a learning opportunity to change what you’re doing or how you approach similar situations in the future. Hate that you never stand up for yourself? Remember that the next time your first instinct is to shrinking-violet your way out of a conflict. The research divides pretty evenly down the middle on what people regret more: the things they haven’t done or the things they have done. But either way, regret is actually healthy. That is, until it’s not, like if you’re blaming yourself for things over which you actually had little or no control. It’s what psychologists call (stay with us) “upward counterfactual thinking.” Basically, this is an inflated, not-really-true idea that if only you had done something different in a given situation (tried to find a newfangled cancer treatment for your sister on the internet, been nicer to your now- juvenile-delinquent brother, not complained so much that your ex chewed his food loudly), everything would have turned out better. Spoiler alert: probably not. Regret can be an emotional red flag when it becomes ruminative, adds Summerville. The word “ruminate” means “to think deeply,” but it also means “to chew the cud.” You know, that thing cows do: chomp away at the same morsel without getting any new nutritional value out of it. Ruminative regret—repetitive, unwanted and intrusive thoughts—is associated with depression, although it’s not clear which comes first or if one causes the other. (In cases where regret is having a corrosive effect on one’s mental health, experts recommend talking to a therapist about it.)

Regret also seems to linger “if it’s about something where we feel that we still have opportunities to meet that goal,” says Summerville. Which means that regret changes as people age. Not only does the nature of regret align roughly with life stages—when you’re 21, you’re probably not bemoaning the fact that you never had children, but you may already be regretting that philosophy degree—but the tenor of regret changes too, particularly as people get closer to the end of their lives and there are fewer chances to make changes. “A lot of regrets go from being focused on ‘what I should have done differently’ to taking the self out of the equation,” says Summerville. “Instead of saying ‘I really regret that I wasn’t a caring parent to my kids,’ it’s ‘I really wish my kids and I were closer.’ It’s passive-voiced.”

As for that run-of-the-mill regret? How do you stop feeling bad about the promotion you didn’t apply for or the kid you didn’t have or the fight with your friend 10 years ago? “It’s not so much ‘Try to forget about it,’” says Summerville. “Ask yourself what’s the big-picture intention you can draw—and then keep that lesson but let go of feeling bad. The regret has done its job.” “Find the silver lining,” adds Morrison. “Sometimes what you regret today you can see as an opportunity for personal growth tomorrow. And while you may feel like you’ve missed opportunities, better ones can come along.” When a door closes, a window opens—hopefully into a room with a fabulous grey pouffe.

This article first appeared in the February 2019 ELLE Canada.