The ties that bind: Discovering the power of female friendships

What happens when you wake up and realize you have no friends? 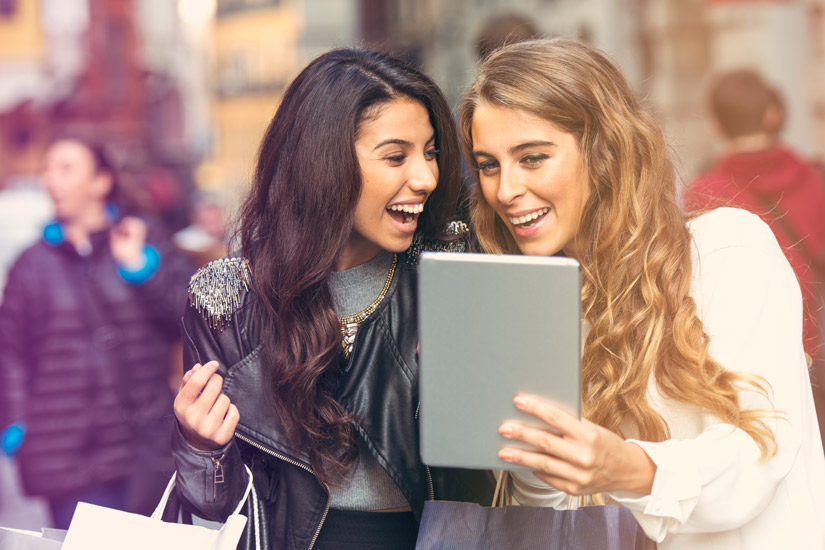 When I was a little girl, living in Virginia, I had a best friend named Courtney. She stole my Bionic Woman doll, clandestinely taking off the toy’s dark-blue coveralls and putting a dress on it, thinking I would not recognize it.

“This is not your Bionic Woman doll,” she said when I confronted her.

“Yes, it is,” I declared. “Look at the panel on her arm. Where you can see all the nuts and bolts underneath her skin.”

“I don’t know what you’re talking about,” she said.

I went home weeping. My mother said that she believed Courtney was psychotic and mean. I adored Courtney. She was small for her age and had straight blond hair and was a compulsive liar. I thought that the lying gave her an edge. She made everything difficult, and we had heightened absurdist exchanges on a daily basis. What was there not to like about this amazing girl?

My mother said, rather flippantly, that I had to end the relationship. It’s a scary thing to be a little girl without a best friend, though. It’s human nature to couple up, and children don’t take the commitment of being someone’s best friend lightly. They understand the obligations that come with it. Little girls brag about the length of time they have been best friends with each other like old married couples.

But I didn’t have to watch Courtney make other best friends because my mother sent me to live with my father shortly afterwards. So I arrived in Montreal rather pathetic and lonely and terrified.

Perhaps I had abandonment issues, because I began a pattern of messing up my relationships with best friends. I’m ashamed to admit all of the terrible, lame-ass ways I let my female friends down. I got too busy with school or work. I ignored them when I was dating men. The bonds didn’t seem important to me.

Then I got to be in my mid-30s and realized that there was something missing from my life. I was at the Montreal Museum of Fine Arts when I saw Laurel for the first time. She had squiggly blond hair and coveralls, just like the ones my Bionic Woman wore. She was with a guy, and they were talking loudly about a painting.

I managed to get in on their conversation, totally ignoring the man she was with. We became friends, agreeing to meet again. She had big sparkly blue eyes. She looked right at me when I was talking to her and humorously challenged everything I said. She always wore coveralls, looking like she had just landed on this planet, as if she had come from a galaxy where people were much friendlier and had bigger hearts. Laurel was really, really popular. Everywhere I went with her, people would come up to say hello.

READ MORE: What it’s like to walk in Kate Bosworth’s shoes

Lately, the romantic sublimity and complexities of female relationships have been discussed everywhere – from the TV show Girls to the novels of Italian writer Elena Ferrante – almost as if they were a revelatory concept. But women have always had special ties to one another. In the 1960s, British writer Nell Dunn wrote about women who worked in factories and were housewives and who chatted in backyards and on street corners. It was beautiful and wondrous and brilliant. But there was an aura of secret intimacy around their conversations – as if you were listening to someone singing in the shower. It was a very private world, separate from the realms of business and politics.

Now, female voices are part of the public conversation. But there is still a long way to go. In her book of essays, Bad Feminist, Roxane Gay professes irritation with women who are proud of only being friends with men. But, of course, that pride has a very distinct history: Professional women had to converse mainly with men. It would probably be safe to say that, for the past century, there has existed a direct correlation between how successful a woman is and how often she speaks to men during the day.

In the past, female fellowship was a hallmark of domestic and emotional importance, but now these relationships are finally being given public respect. Emily Gould’s Friendship, for instance, is a celebration of two women who meet at work, each becoming the most important person in the other’s life. There are no male characters in the book. Gould, who used to be an editor at Gawker and lives in Brooklyn, published her novel in the summer of 2014. It was met with a flurry of both critical acclaim and attacks, likely because the characters are at times unlikeable and self-indulgent – previously the domain of male protagonists.

Gould’s novel was inspired by her real-life friendship with publishing insider Ruth Curry, with whom she has created an online feminist bookstore called Emily Books. “Starting a business together raised the stakes of our friendship in ways we weren’t prepared for,” she explains. She describes how it was necessary for the two of them to deconstruct their relationship and make sure it was working in order to have a successful business.

I thought I would ask for Gould’s advice before attempting to gain Laurel’s trust. “What do you think are some of the obligations of being a best friend?” I inquired. “You have to avoid checking out of the friendship in favour of a romantic relationship,” she responded. “You need to be willing to discuss and fix problems instead of ignoring them and hoping they’ll go away, which sounds simple but is actually the biggest obstacle to friendship longevity. You have to recognize that friendships do take work, even really good ones.”

Yet friendships retain their magic and intimacy and wonder. As Gould wistfully states: “I imagine us someday as a pair of old ladies with white hair walking around complaining about our rheumatism and yelling at rude teens. It’s going to be so great.”

Sometimes, I imagine what Courtney and I would talk about had we decided to remain friends and grow old together. Perhaps she would still deny the obvious and refute the status quo like a malicious nihilist philosopher.

For now, I can relish all the strange things I will learn from Laurel.

READ MORE:
Meghan Trainor is nobody’s poster girl
How to be happy this year
Why a fashion girl can also be a feminist