The Reign of the Irresistible Bad Boy Is Over 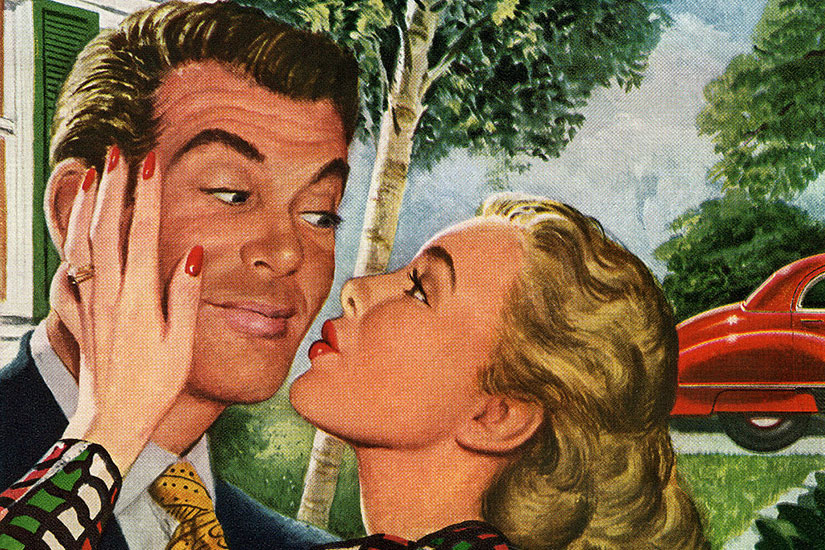 The first bad boy in my life was my elementary-school crush. We may have been just 11 years old, but he had all the traits of a classic rebel, spending days in detention and, on one occasion, committing himself so manically to a game of Red Rover that he dislocated his shoulder. I fell hard for his thrilling blend of earnestness and impertinence—he’d ask me to a movie one minute and ignore me at recess the next. He carried cigarettes stolen from the glove compartment of his parents’ car and, a few years later, sold me the first joint I ever smoked.

Even as I stumbled into adulthood, bad boys retained their cachet. There was the high-school fling who got himself expelled and then a long infatuation with a classmate whom I can only describe as a teenage Jordan Belfort minus the gloss of Leonardo DiCaprio’s Wolf of Wall Street incarnation. At university, I went after guys who were lazy to the point of rudeness, some with low-key rap sheets, but they always had good-enough looks and/or taste in films to add an air of romance to everything they did. Chasing bad boys was always a choice, but it also felt like a rite of passage—as if I (and many of the women I know) had been conditioned to crave a certain type of guy.

But have bad boys finally lost their appeal, I wonder? With #MeToo dominating the cultural conversation and long-overdue reassessments of questionable male behaviour taking place, this archetype is starting to look less charming and roguish and more entitled and narcissistic—even offensive. The “me against the world” attitude of history’s most famous bad boys is, in retrospect, privileged and self-indulgent, not sexy.

Take our most iconic living bad boy, Johnny Depp. Today, he’s a tragic persona: He’s broke (he’s suing his former business managers for mismanaging his money, although they point to his $2-million-a-month spending habit as the reason he’s bankrupt), and his short-lived marriage to Amber Heard ended with assault allegations and a restraining order. Some 30 years ago, however, as a freshly tattooed 27-year-old, he was brooding and romantic, his badness confined to eccentric roles, a few tussles with the paparazzi and a penchant for getting trashed and doing the same to his hotel room. (It didn’t hurt, either, that he looked more or less like an angel.)

Such behaviour feels passé now. And in a world of Twitter rants and trade wars, perhaps we are all too stressed out to deal with a guy who makes trouble for trouble’s sake. Or maybe we’ve just outgrown him. L.A.-based sexologist Shan Boodram thinks that bad boys embody long-outdated notions of what a successful mate should look like: aggressive and territorial—in short, an alpha male who could ensure the survival of our species. The key word here is “outdated.” “As society has evolved, we no longer require these [dominant protector types]; in fact, those skill sets can be a hindrance,” explains Boodram. Sports teams and The Bachelor auditions aside, “there is less and less space for the aggressive guy, not only in the romantic world but also in the working world,” she says. (It’s true that aggression can still get you into the C-suite, but staying there often requires conforming to corporate norms that seem to be foreign to our favourite bad boys.)

Still, old icons die hard: Even if there is less room for machismo in modern life, our imaginations are often far more hospitable. “It’s a fantasy of a life of risk and unpredictability,” says Rachel Giese, a Toronto journalist and the author of Boys: What It Means to Become a Man, of the narrative that bad boys offer us. Getting involved with one is often a way to live out a melodramatic dream that we know can’t exist as a long-term reality. “In pop culture, the dangerousness…[is] portrayed as hot and sexy, precisely because the bad guy is not someone you will settle down with,” she says. “He is wild and won’t be domesticated.”

This could explain why bad boys seem to appeal to us most in the early half of adulthood, a time when domesticity is typically the furthest from our minds and pop culture is at its most persuasive. Jessica Tracy, a professor of psychology at the University of British Columbia and the author of Pride: The Secret of Success, led a study in 2011 that found that twentysomething women deemed men displaying shame extremely attractive, more so than men who showed happiness or even neutrality. Shame is the calling card of the bad boy, as anyone who has dealt with a meltdown followed by a mea culpa knows. “It’s a way of saying ‘I messed up’—the guy who knows he did something bad but is willing to say ‘I can do better; give me another chance,’” says Tracy. It’s true that when a bad boy flashes his Achilles heel or his feelings, it provokes a nurturing instinct that’s a big part of the drama of loving a bad boy—they are called “boys,” not “men,” after all. There is something intoxicating, and dangerous, about having the power to forgive.

But that cycle—screwing up, apologizing, asking for forgiveness—can get old fast. What’s charming in a young person can just seem maladjusted later in life. Depp’s story mimics the trajectory of so many bad boys: The bloom eventually fades, and, often, a deeply complicated and difficult person is all that’s left—one who either refuses to or isn’t capable of change. Most often, it is the lovers of bad boys who do the changing. At 26, I won’t pretend that nice guys suddenly appeal to me, but every passing year lessens my patience for troublesome men.

The zeitgeist seems to be changing along with me. Cultural factors are much to blame for our collective attraction to bad boys, so a shifting cultural climate may begin to affect which men we raise to heartthrob status. That said, I’m not willing to relegate bad boys entirely to history. I’m interested in an updated version of a bad boy, someone who has moved beyond self-indulgent, destructive behaviour and uses his defiant attitude to do something important. Luckily, there are refined bad boys out there who use their position for good—like Dwayne “The Rock” Johnson, who launched his foundation in support of terminally ill children in 2006, and Colin Farrell, who’s known for his work with everything from HIV/AIDs awareness to the Special Olympics.

Bad boys have always opposed authority, and that subversive spirit can still be attractive, especially when it’s put to use fighting the most toxic elements of our culture. The truth is, it’s more challenging to be a rebel with a cause than one without. Boys who are trouble—or whom trouble seems to follow like a cloud of dust—are plentiful, but a worthy bad boy, an iconoclast with great ideas and a radical take on life, is hard to find. But that doesn’t mean I’ll stop looking.