The most expensive celebrity divorces in Hollywood

The priciest splits in Tinseltown, from TomKat to Tiger Woods. 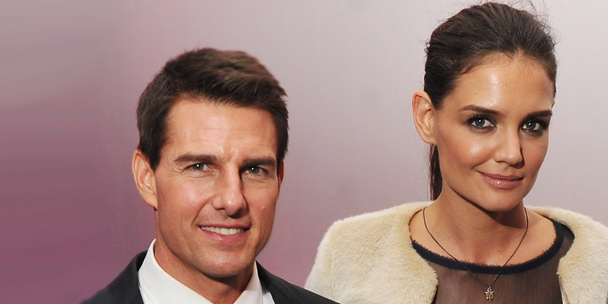 Whenever I think of celebrity divorces, I’m reminded of a scene in the 1996 film The First Wives Club starring Bette Midler and Goldie Hawn, which follows a group of women after they vow revenge on their cheating ex-husbands. Towards the end of the film, Ivana Trump makes a cameo appearance and utters the famous line: “Always remember girls. Don’t get mad—get everything!” It appears that in Hollywood, this cheeky advice still rings true. In tribute, we present our round-up of the most expensive celebrity divorces in Hollywood.

Most expensive celebrity divorce: Tom Cruise and Katie Holmes
The payout: Totally confidential, but Tom’s paid dearly in reputation alone.
The story: TomKat’s relationship has always been a bit bizarre (who could forget his infamous couch jumping appearance on Oprah? Or the rumours that Holmes gave birth to Suri silently as per Scientologist law?) Their divorce has been just as strange, getting processed in a record 11 days amidst rumours that Holmes was being stalked by the Church of Scientology. Even though the couple had an iron clad pre-nup, experts estimate that Cruise paid exorbitant amounts to purchase Katie’s silence.

Most expensive celebrity divorce: Tiger Woods and Elin Nordegren
The payout: Nordegren was rumoured to make between $100 million and $500 million
The story: Tiger Woods’s fall from grace is the stuff of urban smut legend. When it was revealed that the seemingly straitlaced golf nerd had a harem of women on the side, Nordegren received one of the biggest divorce settlements in history. It’s too bad you can’t put a price on dignity.

Most expensive celebrity divorce: Kobe and Vanessa Bryant
The payout: More than $75 million (if it goes through)
The story: Ah, the messed up love story of Kobe and Vanessa. It’s no secret that Kobe has had a couple flings with women outside his marriage—he famously admitted to an affair with a 19 year-old hotel employee a couple years ago. So Vanessa had him sign over the deeds to their three mansions, worth $18.8 million. (Call it an insurance policy.) Recently, the couple announced they were calling it quits, but when experts started estimating that it would cost Kobe over $75 million to split with his wife, the pair miraculously reconciled. Only time will tell if they’ll stick it out.

What are the other most expensive celebrity divorces? Find out on the next page…

Most expensive celebrity divorce: Madonna and Guy Richie
The payout: Between $76 and $92 million
The story: Madonna famously told Newsweek that she realized the end was near for her marriage while writing W.E., about the love story between Wallis Simpson and King Edward VIII. "I was certainly asking a kind of existential questions that I think people ask when they’ve been married that long: what is the perfect love?’" Madonna says. "‘Because when you start off, everything’s great and lovely, and the person you’ve married is flawless, and you’re flawless. Then time goes by, and you share a life, you have children, and there are cracks in the veneer. It’s not as romantic as it used to be. You think, ‘This isn’t what I thought it was going to be,’ and ‘How much am I willing to sacrifice?’’’ The couple divorced in 2008, and Madonna was forced to shell out a fifth of her $500 million fortune to dissolve the union.

Most expensive celebrity divorce: Mel and Robyn Gibson
The payout: $425 million
The story: Remember when Mel Gibson was a bankable movie star? Before the crazy phone rants and racist slurs, Gibson was one of the most sought-after actors in Hollywood. Then, he was stopped for driving under the influence in Malibu in 2006, and it all went downhill from there. In the midst of a very public breakdown, he started stepping out on his wife with Russian classical pianist Oksana Grigorieva, so it was hardly a surprise when Robyn filed for divorce. Since the couple didn’t have a pre-nup when they wed in 1980, Robyn banked half of Gibson’s considerable fortune.

Read more:
Does wedding season mark the end of friendships?
How to be romantic: Five tips for keeping the romance alive in your relationship
Break up advice: How to break up without breaking his heart
A different ball game: How baseball connects this father and son