The Life-Changing Power of Tiny Gestures 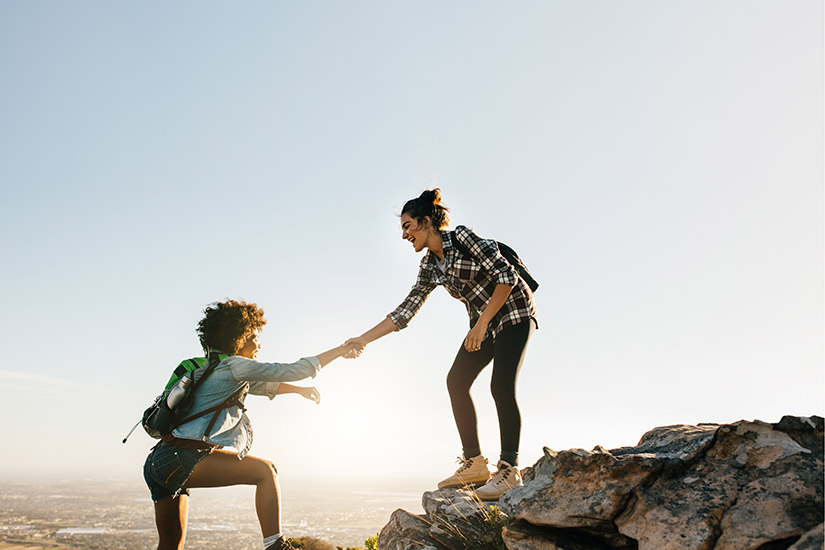 It was one of those moments every new parent dreads. My infant son was screaming as if I’d just dipped him in a bucket of battery acid. (Reader: I had not.) It felt as if he’d been screaming for years, though he was only two months old. I sat with my howling baby in the food court of a swank Los Angeles mall and was silently judged by strangers watching me over plates of pad Thai.

Until, that is, one woman, a complete stranger, did something that saved my sanity and taught me a lesson about kindness that lingers to this day. She walked over to me and put her hand on my shoulder. “This won’t last forever,” she said. “I know it doesn’t seem like it right now, but things will get better. He’ll stop crying. You’ll get some sleep.” And then this blessed spirit delivered by the mall gods disappeared down the escalator.

It was such a small thing, a nano-kindness, really, but it made all the difference. I was living in a foreign city with a newborn, without friends or family, and I was terribly lonely. This woman had seen me, if only for a moment, and taken the time to make a human connection. It was only a minute out of her day, but it has stayed with me for nearly two decades.

We all want to be better in the world but can easily get hung up on the sheer magnitude of that challenge—finding time to regularly volunteer or finding money to donate to a cause. But doing good doesn’t have to be a massive undertaking; it can be incremental. It can be as quick as a smile, a word, a phone call, an email. It can be the note you send to a friend who is feeling blue or the baby carriage you help carry down the subway stairs for a mother on her own even though you’re late for work—especially if you’re late for work.

I’m reminded of a line from Canadian Brian Goldman’s bestseller, The Power of Kindness: “The antonym of empathy is apathy.” That is, the opposite of doing good isn’t doing harm; it’s doing nothing. Every tiny act of generosity— every door held open, every coffee bought for a stranger—builds a bridge to another person. It says “I see you.” At this point, when we spend most of our time looking at our phones and not at people’s faces, that’s invaluable.

So, while I’m not particularly good at regular volunteering shifts or running marathons to raise money for charity, I’m pretty committed to the small things. I try to send a note of praise every day to someone whose work I admire. I have become phone friends with a lonely (and quite hilarious) 87-year-old widow who lives in a city far from her grown children and grandchildren. On airplanes, I find the new parents with glassy, panicked eyes and offer to hold their babies. I remember what it felt like when the screaming baby was mine. I remember when a tiny kindness felt monumental, enough to change the world. 