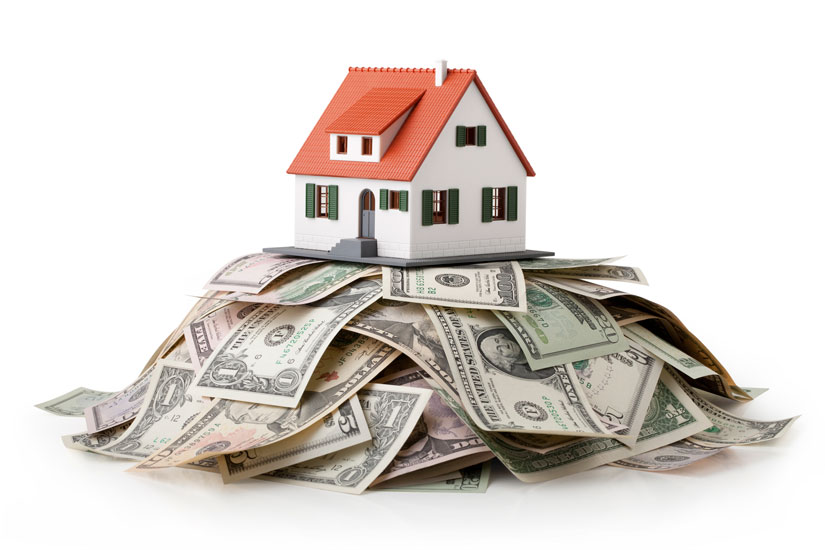 Back in 2011, we sold our home. This may not seem like a big deal, but it was. You see, our home was located in Vancouver, Canada’s most desirable—or most expensive, at least—city. Because of this, it was a commodity, like gold or silver or pork bellies or a Kardashian. With any “investment vehicle”—try saying that phrase three times while keeping your lunch down—there is an adage that will ensure financial success: Buy low, sell high. We were lucky enough to have bought low.

We purchased in 1999, during a rare lull in the city’s real-estate market, pulling together our 20 percent deposit and squirrelling away another $35,000 for renovations. We’d wanted a house that cost less than a used Ferrari and wouldn’t splinter into kindling in a stiff wind. After months of looking, we finally settled on one that ticked these boxes but not much else.

READ MORE: Money things you should know before buying a house

Clad in vomit-coloured stucco, it was the ugliest house on the block. But it had the significant advantage of being the cheapest property west of Main Street—then the line of demarcation between the “good” part of the city and the dodgy east-side bits. It was ours for what, at the time, seemed an outrageous sum: $248,000. We poured a lot of money and time into remaking it into a 1920s Craftsman mould. The stucco was removed, revealing the original wood siding and surprisingly decent bones. We redid the kitchen, stripped away the cruddy carpeting and made a clean-lined office space out of the attic. By the time we finished, we’d spent a wad of cash, but it was lovely. However, it was a very small home. We knew it would only be a matter of time before we outgrew it.

That time came in 2011. The spring arrived bright and warm. The cherry blossoms were out, and real-estate prices—which had been climbing steadily since 2003 or so—began to flower too. But skepticism was brewing about the future of the market. The fundamentals underpinning the rise in property values were shaky, at best. Median family income in the city was roughly $67,000—not nearly enough to support the increasingly commonplace million-dollar mortgages. Interest rates were incredibly low, was only one way for them to move, which would eventually make the carrying costs unsustainable. Then there were the prices of homes. In a rational world, they, too, had reached their upper limits.

It was the ideal time to get out. Our plan was to rent until real-estate values plunged to earth like a German airship, whereupon we’d pick up a bigger, better house than we’d previously owned for about the price of a used Volvo. For a time, this strategy seemed more than solid.

READ MORE: Expert tips on how to be your most productive at work

Shortly after we sold, in 2012, prices in Vancouver began to drop. The bubble wasn’t bursting, but, like a balloon left over from a child’s birthday party, the air was slowly but surely seeping out of it. In a 2012 television interview, noted economist and Yale professor Robert Shiller, who would go on to receive a Nobel in 2013, was positively bearish on the city’s prospects. He shared a graph comparing housing prices in San Francisco and Vancouver. San Fran’s line looked like a giant hill: up, and then after the 2008 financial crisis, down. Vancouver’s trajectory looked like the flight path of Icarus, and the takeaway was clear. “I’ll tell you one thing,” Shiller mused, “I’m not investing in Vancouver real estate now.” The market had peaked, clearly. And so we smugly sat back and waited to profit from the inevitable.

But the inevitable, well, wasn’t. Instead of plum- meting to earth, Icarus readjusted and sailed past the sun unharmed. As prices rose dramatically, we told ourselves this was a classic “dead cat bounce,” the last gasp before a long decline, after which we would spend our days lounging around the kidney- shaped pool of our Shaughnessy mansion while unemployed ex-realtors served us cocktails and canapés. We were wrong.

The real-estate market—tempestuous, unpredictable—continued to climb, defying the laws of economics, gravity and even God and man, fed by (pick one or all) rich international investors, record- low interest rates, blind exuberance, FOMO and perhaps some mind-altering drug that condo marketers slipped into our drinking water. The market had taken off, and it had left us in its dust. By the time we finally figured out what was up, we could no longer afford to buy back in.

READ MORE: Hiding depression behind a smile is more common than you think.

Today, prices for a single detached home in metro Vancouver have almost doubled since we sold—a rather scathing indictment of our “strategy.” More than this, though, we have begun to feel uneasy, insecure, vulnerable—understandable, since we are now renters in a city where aspiring tenants engage in bidding wars for closet-size condos. With vacancy rates dropping to an astonishingly low 0.7 percent, it has become clear that in Vancouver—as with other expensive global markets—the lack of housing options combined with escalating property values has produced an environment where everything is for sale all of the time. Even if you were to score that perfect rental home, once your lease is up, all bets are off.

In time, we soured on Vancouver. We began to look past the gorgeous mountains, the gently lapping Pacific Ocean waves. What we saw was an ugly, avaricious place where a chasm had developed between those who own their homes and those who do not. It was now a city where developers dictate public policy, “students” purchase $30-million mansions and property dreams go to die. I’m aware that this tale is liberally salted with a generous heaping of self-pity. We made money when we sold, more than any middle-class couple has a right to expect. But a home is not just an investment, even in the golden 604 area code. It is the repository of hopes, an anchor of certainty in an uncertain world. We’re still in Vancouver, stupidly waiting for a crash that, like Godot, will probably never come. But we did absorb a few lessons: Never time a market. Renting is crap. Oh, and some cats have more than nine lives. Lots more.