Why does social media lure you back to your ex? 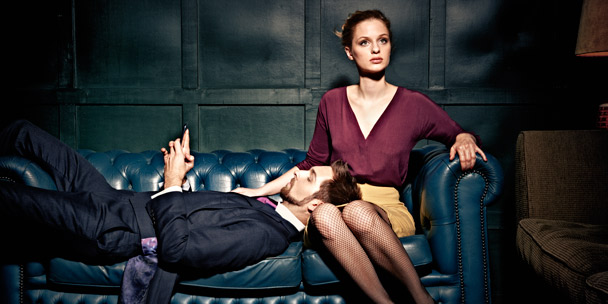 The ping of an instant message brought Diana (not her real name), a 35-year-old actress living in Toronto, back together with her ex – two years after they’d first broken up. “He told me how much he had missed me and had wanted to contact me but he’d been respecting my boundaries,” she says.

After weeks of very intense texting and messaging – sometimes up to 100 messages a day – they were back together. Then they broke up and got back together twice more. But over and over, the issues that broke them up the first time resurfaced. He was still hotly jealous and couldn’t make time for her. “It was the same old BS,” says Diana, who finally deleted his number and unfriended him on Facebook.

Singer Robin Thicke became the subject of ridicule last summer when he tried to win back his estranged wife, Paula Patton, via tweets and a new album called Paula, complete with super-cheesy lyrics: “Come on, baby, let me in / Don’t leave me out here in the cold / Ooh, turn the porch light on / At least open the doggy door.” (The Twitter campaign #FreePaula ensued.)

But he’s not the only one who has hoped for a second kick at the relationship can – and professed so via social media. Justin Bieber and Selena Gomez have been keeping everyone guessing with their suggestive are-they-or-aren’t-they tweets since 2010.

And, confirming how this phenomenon has captured the cultural zeitgeist, a feature film tentatively entitled On Again Off Again was shot in Toronto last year. It’s about two twentysomethings who keep getting pushed together and pulled apart – and it’s hard to imagine that text messaging and social media will not play a key role.

According to research from the University of Texas at Austin, almost 60 percent of people have gotten back together with an ex – and the average number of times a cyclical couple breaks up and gets back together is 2.5.

“Cyclical relationships can be an indication that you’re dependent on having someone in order to feel lovable,” says Robi Ludwig, a psychotherapist based in New York City who specializes in working with couples. She’s also a managing editor for Exaholics.com, a website launched last summer that offers a 12-step program designed to help the lovelorn kick the habit of their previous relationship.

Despite the pervasive drive to rekindle relationships, the University of Texas at Austin studies show that couples who get back together typically experience “less effective conflict management.” So why would a renewed relationship that brings lower satisfaction, fewer positive interactions and higher conflict have such appeal?

The driving motivation behind cyclical coupling is a very big question, and the big answer just might lie at the intersection of lingering contact and a perceived lack of desirable alternatives. Cyclical relationships aren’t a new phenomenon, but what has changed is this: Social media, increasingly a pervasive part of everyday life, can make the return to a previously warmed bed even more tempting.

“We have easier access to people now, which makes it easier to follow through on impulse or curiosity,” says Ludwig. Having access to what an ex is now doing – say, through regular Facebook updates – can revive a dormant interest.

It seems like the sometimes-toxic influence of technology and social media – where you can now watch your ex-boyfriend’s wedding in real time – is making it harder and harder to say goodbye forever. Brenda Lee, a Ph.D. candidate in psychology at the University of New Brunswick, surveyed young adults aged 18 to 25 and found that 87 percent admitted to post-relationship contact and the tracking of an ex’s behaviour.

“It’s the norm nowadays to maintain contact with people even after you’ve broken up,” says Rene Dailey, an associate professor of communication studies at the University of Texas at Austin. “That makes it a lot easier to go back to them if you don’t have an alternative.”

Jacqueline Duke, an Illinois-based consulting psychologist for Exaholics.com, says that the idea of missing out on “the one” can also complicate things. “A lot of people get stuck on this false idea. When we make a final choice to terminate our foreseeable option for love, it can be extremely difficult,” she says. Lee’s research shows that 42 percent of Canadian young adults thought that a previous relationship would last a lifetime.

“When things fall apart, a breakup can trigger serious psychological difficulties, including depression and suicidal thoughts,” she says. It’s understandable that one might perceive reconciliation as the key to relief. But while the desire to fix something broken is an honourable impulse, it gets tricky when that broken thing is a relationship that’s immune to repair.

Duke cautions relationship recyclers to keep their eyes wide open rather than simply indulging a comfortable pattern. Some couples get back together and are able to make positive changes, but one of the biggest red flags is more than one breakup. “You need to pause and think about what you’ve done during your time apart that will change the wants and needs that weren’t being met the first time,” she says.

Communication, as in all relationships, is very important, and Duke recommends taking a pragmatic approach. “Negotiate things clearly, discuss exactly what is going to change or improve and then keep talking about the ongoing status of the commitment,” she says.

READ MORE: Can your relationship survive a juice cleanse?

If the relationship is past the point of what should be no return and it’s time to call it quits for good, you need to be firm in your decision, says Ludwig. “Once you have ended it, cut off contact and put yourself on a relationship detox – which means no calling, texting or following on social media.”

Alexandra (not her real name), a Canadian in her mid-30s living in London, England, found that out the hard way. She returned over and over to a relationship with a clear pattern: Things would hum along, seemingly fine, until her ex would explode over some perceived slight.

“He would play on my insecurities, saying that I was cold, that I was always poking fun while he was always complimenting me,” she says. They would break up, but soon he would be back on her heels, begging for another chance via text and email. “Then he would say that he didn’t really want to break up, that he loved me.” They reconciled a total of three times. “And because he played on my insecurities, and I think I’m bad at relationships, I did think it was my fault,” she says.

Alexandra’s final straw was a late-night showdown on the street in London. “He was really drunk, he swore at me and he sent me loads of awful texts,” she says. “Being treated that way made it clear to me that we had to break up for good.” She cut him off cold turkey and deleted him from her contacts lists and social networks.

Now, with the benefit of hindsight, the experience of returning over and over to a dysfunctional relationship has given Alexandra context when it comes to future entanglements: “That relationship made me more aware that I should trust my instincts,” she says. “I shouldn’t have gone along with something that didn’t feel right.”

Four questions to ask before restarting an on-off relationship:

1. Are you going back to a relationship for the right reasons? “If the relationship broke up because of circumstances or maturity issues, and not inexcusable behaviour, then it might be worth another try,” says Robi Ludwig, a New York-based psychotherapist and managing editor for Exaholics.com. “Don’t go back because you’re afraid to be alone or you’re hoping to change someone.”

2. Is the timing right? “Sometimes people just aren’t ready until they’re ready,” says Ludwig. “But if you really care and the relationship has some really good qualities, people sometimes need to go back after a timeout and figure out whether this person is really right.”

3. Does this relationship have the right qualities? “Think about what you want in a relationship,” says Ludwig. “Look at relationships you admire, including how those partners treat each other and support each other. Write down those qualities so they are clear. If you’re worried or confused, get some feedback from family and friends who really care about you.”

4. Are there any deal breakers? “Think about what you don’t want and figure out your bottom-line deal breakers,” says Ludwig. “If any of those exist in the relationship, it’s not worth trying again.”

READ MORE:
Why a fashion girl can also be a feminist
How one woman learned to be single
Can feminism really be a fashion trend?