So you cried at work

Shedding tears in the office is uncomfortable for everyone. Here’s how to get past the embarrassment. 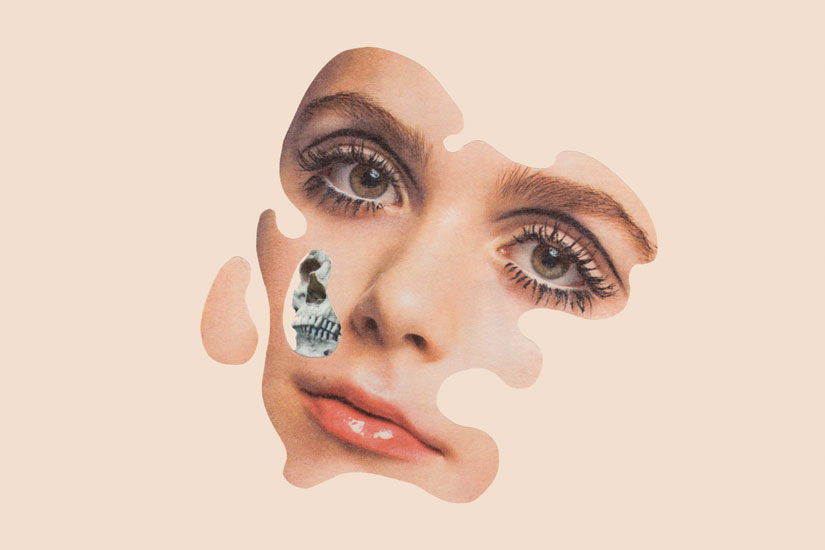 Marla Kaplowitz was working in an entry-level position in advertising for a notoriously tough boss the first (and only) time she cried at work. “My manager got angry with me for going on vacation for two weeks. She said, ‘How am I supposed to manage?’” recalls Kaplowitz, who is now the CEO of media agency MEC North America. “There was this buildup — I had been working hard and hadn’t been sleeping — and she got so upset about something that was her issue.” The incident happened over 25 years ago, but Kaplowitz still remembers making the mad dash from her boss’ cubicle to her own to have a cry. “I wasn’t embarrassed, though,” she insists now. “It wasn’t a sign of weakness; it was just an expression of emotion.”

Since then, Kaplowitz, who manages over 750 people in her current role, has seen many of her co-workers cry, for reasons as diverse as personal hardship to receiving a bad performance review. “I always tell them it’s okay, it’s natural, it happens,” she says. “But, at the same time, I don’t think anyone should make a habit of it.”

According to Anne Kreamer, author of It’s Always Personal: Navigating Emotion in the New Workplace, crying in the office isn’t out of the ordinary. For her book, she surveyed 818 women and 421 men; 40 percent admitted to tearing up in a professional setting — and 9 percent of those were men. It even happens to famous, respected business leaders, like Facebook COO Sheryl Sandberg (who wrote extensively on the subject in Lean In, advising: “Let’s accept ourselves. OK, I cried, life went on.”) and Huffington Post founder Arianna Huffington, who told Fortune magazine: “I cry a lot. I like to get it all out.”

I’ve cried in the workplace too. The first time, it was about a death in the family, but I’ve also welled up because I felt overwhelmed. And I can attest that there’s nothing more horrible than that catch in the throat and burning behind the eyelids that signal the imminent onslaught of tears when you’re in the office. I used to joke that my boss was like Oprah and even a kind inquiry of “How are you doing?” at a time of emotional instability could trigger the waterworks. Like Kaplowitz, I’ve made the walk of shame (in my case, from meeting room to bathroom stall), hoping desperately that no one would see me — because crying feels like a public display of weakness. Afterwards, I would try to comfort myself with the thought that, hey, it happens to everyone. Right?

Kreamer says that, yes, it does happen frequently to women, and part of the reason is that we are biologically programmed to respond to moments of stress with waterworks. “Women produce six times more prolactin — the hormone that triggers tears — than men do,” she explains. “We are physiologically hard-wired to cry more.” Women also have shallower tear ducts, which are quicker to fill up and “spill over.” In comparison, she says, when men are under stress, their field of view narrows and they begin to produce testosterone, an aggression hormone that is thought to inhibit crying.

So while crying is a normal bodily function, akin to laughing while being tickled, many still consider it taboo. Barbara Corcoran, an investor on the TV show Shark Tank, recently instructed an emotional contestant to pull it together. “The minute a woman cries, you’re giving away your power,” she said. Corcoran’s viewpoint follows a deeply entrenched historical legacy. “When women first started going to work in significant numbers in the ’60s, the dominant organizational norms had been established by men,” says Kreamer. “And it was following in the tradition of the industrial revolution, so systems, automation and rationality were valued.” She says that women felt they had to act like men in both dress and behaviour in order to be perceived as viable players in the business world and that this long-term social conditioning still has an impact today.

Kimberly Elsbach, a professor of organizational behaviour at the University of California, Davis, has been studying the repercussions of crying in the workplace for the past three years. (“I’m a crier,” she discloses with a laugh. “That was part of the impetus for doing the research.”) She found that those who have shown emotion at work reported intense feelings of shame and embarrassment. Many even told her that it had had a negative impact on their career trajectories: Some lost out on promotions or board seats after getting choked up. But, she says, the biggest problem with crying is how it makes other people feel: really, really awkward. “[My research team] collected a lot of data on the reactions of those who had observed others crying,” says Elsbach.

“The overwhelming attitude was that criers weren’t considerate of the feelings of others. It was amazing how often they were viewed as having cried on purpose.” In fact, several of those who had been in the presence of a crier reported feeling that the show of emotion was designed to manipulate them and other observers. “Yet the criers said that this was something they had no control over — they weren’t turning it on or off,” says Elsbach. “Every one of them said they would have stopped it if they could have.”

When it happened to me, I would have done anything to stop my tears. And maybe that’s why I felt empathetic instead of uncomfortable when a former co-worker got choked up in a staff meeting and explained that her behavioural changes were due to problems in her marriage. It’s humbling to be so publicly vulnerable. On the occasions that I got teary at the office, it didn’t seem so bad because I was working at a women’s publication — an entirely female environment. It felt like the atmosphere was a bit more forgiving than if I were, say, bawling in the boardroom of a major bank. And, to their credit, my colleagues were very kind in my moments of distress. But that’s not always the case, says Kreamer.

“Women tend to be harder on other women. They see it as a moral failure,” she explains. “There’s a prevailing attitude of ‘I sucked it up, and you should too.’” She adds that while most men she has studied don’t like witnessing emotional displays, they tend not to judge them as harshly. In fact, according to research from Israel’s Weizmann Institute of Science, the smell of women’s tears actually causes a drop in male testosterone levels.

Elsbach says that there are a few occasions when showing emotion in a professional setting is acceptable. “If you are dealing with personal bad news, like going through a divorce or a family member has died, you are treated fairly compassionately,” she says. “But if you cry during critical feedback or a stressful moment like a heated meeting, the data confirms you will be viewed as unprofessional and weak.”

But Marie-Hélène Budworth, an assistant professor of human-resource management at Toronto’s York University, says that there isn’t necessarily a correlation between showing emotion at the office and being penalized professionally. “If we behave in ways that decrease another’s perception of our competency, there can be high consequences to those behaviours,” she explains. “It might be embarrassing, but crying isn’t a damaging thing; it’s easily forgotten.”

Kreamer agrees that it’s important not to overreact or “doomsday” the possible consequences. “The occasional tear isn’t going to derail your entire career,” she says. The best way to deal with jags in the office, she adds, is simply to remove yourself from the situation: Acknowledge that you’re feeling emotional, and take some time to regain your composure. “The key isn’t to pretend that the moment didn’t happen; it wasn’t a criminal act,” she says.

In fact, Kaplowitz thinks that there’s a good reason for the uptick in tears at work. “The way people work these days is intense,” she says. “They don’t get enough sleep, and they’re forced to multi-task under enormous pressure — it tends to build up. A cry can be a good release.” And attitudes are beginning to shift in favour of showing emotion. “Things are changing in the workplace,” she adds. “We are in an open and connected environment in a way that we didn’t used to be. With social media, young people are able to share every aspect of their lives — the good, the bad and the ugly. This sharing approach has an impact on how people behave and get along.”

SO YOU CRIED AT THE OFFICE.

Anne Kreamer, author of It’s Always Personal: Navigating Emotion in the New Workplace, offers tips on how to get over it.

OWN IT. “If you’re in a meeting, be direct. Say ‘Well, that hit a nerve’ and excuse yourself — even if it’s just to go get a glass of water — to regain your composure.”

REFLECT. “If you’re crying in the office every day, there’s likely something far more substantive than what’s going on in the workplace. See your tears like a ‘Check engine light’ on a car dashboard. Try to develop the emotional resiliency to be self-aware.”

COMMUNICATE. “Learn how to express your emotions in a more productive way to avoid the situation that made you cry in the first place. In times of high stress, try to communicate that you’re human, not a perfect paradigm of productivity — because no one can live up to that ideal.”

LET IT GO. “There’s no ‘tissue ceiling’ — people can be successful at all levels of management, and crying is a biological thing that people are wired to do. Don’t beat yourself up over it.”

SO YOUR COLLEAGUE CRIED AT THE OFFICE

Dr. David Posen, Canadian author of Is Work Killing You?, explains how to deal.

BE REASSURING. “Validate your colleague’s emotion and say ‘I am trying to understand why you felt that way.’ Help them to not feel weak or less than.”

OFFER SUPPORT.
“Be an ear to listen, or if they have an ongoing problem, help them identify a resource, like a family doctor or company employee-assistance program.”

BE AN ADVOCATE.
“If someone is getting emotional because they’re being dressed down in front of others, try to intervene. Say ‘Can we take a five-minute break?’”

Canadians (and those in colder climates) are more likely to shed tears in general. A 37-nation study by Tilburg University in the Netherlands found a correlation between frigid annual temperatures and proneness to crying.

THE THREE TYPES OF TEARS

BASAL TEARS continually moisten your eyes and have antibiotic proteins that kill off bacteria. REFLEX TEARS are a response to cutting onions or getting something in your eye. PSYCHIC TEARS happen when you are emotionally crying. These tears are biochemically different from the others because they help stimulate dopamine — the hormone that helps you feel better — to reset emotional equilibrium. (That’s why watching The Notebook is so cathartic.)