Women cry, grieve and then move on after a breakup. So why do broken-hearted men unravel in silence? 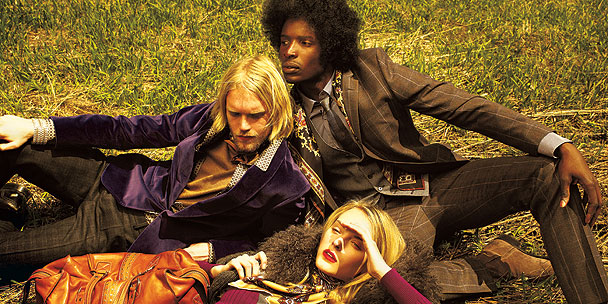 Dealing with a breakup

After she broke my heart, it was the little things that I remembered most: the way our mouths were a perfect fit, the way her face looked when she didn’t know I was watching her, the inexplicable, endearing things that would suddenly captivate her, like her favourite TV commercial. “Oh, I love this ad,” she would say every time it came on, and we watched it so many times that I swear every word, every gesture, every nuance of emotion of its 30-second story arc is tattooed forever upon my heart.

The one thing that I couldn’t tell you is exactly what they were advertising—unless it was some fantasy about the nature of male heartache. Because, in this commercial, a young woman is at a wedding reception when she runs into her ex-boyfriend. He looks at her and melts—just melts. In his eyes—so full of wistful longing and regret—you can see that he knows exactly how much he has lost. And the young woman smiles—pretty, demure, spectacularly smug. “Love it to death,” my girlfriend would say. And I would bite my lip to avoid telling her “But male heartache looks nothing like that.”

Outside of advertising, male heartache is a darker, more brooding beast. Rather than wearing its broken self on a sleeve, male heartache suffers in silence, grits its teeth and pretends that it doesn’t care. In real life, that brokenhearted hunk in the ad would have got drunk and tried to get off with the bridesmaid. And even back then, my heart was steeling itself because I knew that one day— after our love had been lost, betrayed or abandoned—my girlfriend and I would meet in some public place and she would be hoping for a remake of this ad.

M
oving on after heartbreak

And so it proved. The set-up was the same, apart from the fact that we were in a Chinese restaurant, not at a wedding. But there she was, looking fabulous and sitting across from some dreamboat from central casting whom she couldn’t keep from kissing. Did I melt? Could you hear my heart breaking? As I sat there with my own new love, two tables down, did my eyes brim with loss and yearning? No, even though—between you and me—that was how I felt inside. I knew that this girl I had loved—and still did love— would spend the night in the arms of that other man.

Do you need a relationship cleanse? Find out here!

How are men and women different when it comes to breakups? Find out on the next page …

Knowing when it’s over

I knew that it was over and that everything we had once shared would never come again. It hurt like hell. I felt like sobbing all over my sweet-and-sour pork. But I acted like I didn’t give a damn. More than this, even though my heart felt like it was being pulled out with a pair of rusty pliers, I acted like we had never even met. On my way out of the restaurant, I even paused by their table to chat with a pretty waitress. And this is what male heartache looks like: It resembles something that has died.

Men do not feel less than women—a breaking heart hurts just as much in the male chest as in the female. But men do not grieve in the same way as women: We cover it up and bury it deep—from our
ex-girlfriends, from our friends, even from ourselves. Oh, we do. When a relationship explodes, women aren’t the only ones who need a bit of post-match analysis. But in my experience, after knowing hundreds of men who have mourned the sudden collapse of love, men only talk about it once. And it doesn’t matter if it’s the love of our life or a holiday romance, a long-term live-in partner or some barely known object of desire, we get it off our chest and then get it on with someone else. This is the classic male remedy when a woman has been lost: Get another woman.

Women are more capable of openly acknowledging all that has gone. The male ego—that fragile, neurotic, frightened little thing—is far too vulnerable to own up to the pain inside. You would think that, as we move through life and get our PhDs in heartache, men would become more fully rounded adults, able to grieve for a love that has died. In fact, the opposite is the case. The 16-year-old boy is far more capable of weeping for a girl who just dumped him than the 35-year-old man is crying for the woman—the wife, the partner, the true love—who just packed her bags and called a cab. The heartbroken man makes a point of not crying. If we shed a tear, we feel that we have lost. Pathetic? Of course. But that is the way we are. Male heartache is an iceberg of pain: What you can see is only a tiny part of the story. We like to pretend that we get over heartache straight away, and that is the great lie that we tell our women—and ourselves.

To men, it seems that women descend into a kind of madness. Heartache affects their appetite and sleep and propels them into bouts of extreme sadness that resemble feelings of bereavement—and, of course, the death of any relationship is a kind of bereavement. But a cold-hearted sanity comes upon men when their love is gone. Even men who have had their hearts badly mangled—especially men who have had their hearts badly mangled. I have never known a man to drop a trouser size in the messy aftermath of a relationship: Men only cut down on calories when they start a new relationship and want to look hot. Women have withdrawal symptoms; men go cold turkey.

How men deal with loss on the next page …

How men deal with a heartbreaking loss

Does that make men better at getting over heartache? Because we don’t play air guitar while listening to “All By Myself”? I would suggest that once we get past the insouciant, couldn’t-give-a-frig facade, it makes us a hell of a lot worse. Male heartache is the emotion that dare not speak its name. But, although a man can hide it, he can’t really escape it. Heartache gets buried deep, under all those coping mechanisms and instincts for survival and self-defence. In the long term, it manifests itself. We are ambushed in some unsuspecting moment by a Mariah Carey song that chokes our throat. And when it comes to new relationships, the man who has had his heart smashed is less likely to trust, less willing to love, less able to open himself up to all the vulnerability of falling in love.

After my first marriage broke up, I went out with dozens of women—and many of them were wonderful ones who deserved to be loved unreservedly. But such was the depth of my wounds that I could not even contemplate loving someone for a full decade after getting divorced, so I had a heartache hangover that took 10 years to get over. Women recover more quickly because they are capable of expressing sorrow. Women grieve. Because men can’t do that, we recover more slowly from our wounds: We drag them with us into new relationships and let the past corrupt the future. Women are capable of open, cathartic, bittersweet recognition of how much they have been hurt—it is, clearly, a healthier, happier way to be. Why can’t men be like that? Because we are terrified that if women knew how much they hurt us, we would look like lesser men in their eyes.

No doubt, it would be better all around if men could go through life with a little less stiff upper lip and a bit more trembling bottom one. But the world doesn’t want to see a man fall to pieces, so we bottle it up. We play the ludicrous game of pretending we don’t care about the women we built our world around. Ultimately, this is why a man tries not to cry when he has a broken heart—even when he is alone. It isn’t because he feels nothing; it’s because he feels everything. And because he is afraid that if he starts, he might never be able to stop.

Read more
Boudoir boredom: How to bring back the love
Date night: Hot new dating trends
Like mother, like daughter?