Relationships: Why more couples are choosing to live separately

When it comes to relationships and happiness, new research shows that living alone can result in long lasting, healthy relationships. 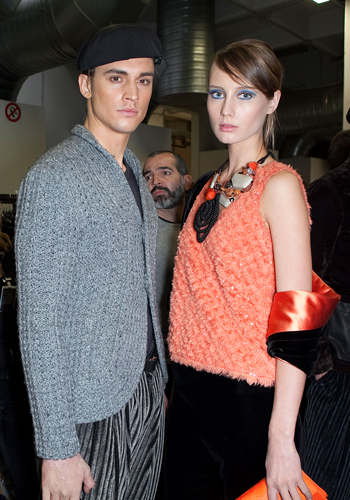 Living alone is no longer an arrangement reserved solely for cat ladies, spinsters or eccentric bachelors. For singletons that can afford it, solo living is a luxury. “It allows us to do what we want, when we want, on our own terms,” writes Eric Klinenberg, renowned sociologist and author of the new book Going Solo: The Extraordinary Rise and Surprising Appeal of Living Alone. With more than 31 million currently living alone in the United States, Klinenberg discusses how single people everywhere are embracing their independent living situations in a “remarkable social experiment” that is defining modern culture.

Klinenberg notes that when he uses the term “single” he is referring to individuals who are not married. Many people who are in long term committed relationships are also choosing to maintain their separate living arrangements because they feel it benefits their relationship and personal development.

More freedom also means more quality time.
“It sounds like everyone is just becoming more selfish and isolated!” is a common statement from critics of this growing trend. However as Klinenberg writes, according to his research it’s actually people who live alone that are more likely to volunteer in civic organizations, exercise regularly and interact with their friends and neighbors. Many people enjoy living alone because it provides them with the freedom to explore personal interests and activities outside of their romantic relationships.

Carrie who has been dating her boyfriend Greg for 2 years says, “Living alone allows me to plan my own schedule. I only have to worry about cooking and cleaning for myself. I can go to the gym, read books, I can even spend the whole evening catching up on foreign films or watching really trashy TV and I never have to worry about whether someone else enjoys it.” Carrie adds that living alone benefits her relationship. “Because I have this time to myself, it makes the time I spend with Greg so much more special. He has his own interests too. However, when we’re together we’re just focused on each other,” she says.

Relationship advice: Why emotional and physical space is a good thing

More reasons why living apart could be healthy for relationships, on the next page…

There’s nothing lonelier than living with the wrong person.

When Klinenberg interviewed 300 singletons for his book and asked them why they enjoy living alone, many people responded by saying “there’s nothing lonelier than living with the wrong person.” This is certainly the case for recently divorced Cynthia who lived with her ex-husband for 4 years prior to being married for 2 years. She says: “Cohabitating with someone can be challenging even when you have a good relationship. There are lots of shared responsibilities to keep in mind. When there isn’t good
communication and one partner feels like the other isn’t towing their end of the line, it can leave the other person feeling taken for granted and alone. This was definitely the case in my past relationship.”

Cynthia is now dating again but she says she relishes having her own space. “I love not having to worry about cleaning up after someone else and resenting them for it. My boyfriend comes over a couple of nights a week and it’s great. We can sit back, have a glass of wine and just focus on enjoying each other. Maybe we’ll
move in together at some point but I like not having to worry about all the extra household stresses right now.”

“Living apart keeps things exciting” says Carrie. There’s definitely something to be said about the sexiness of living solo. “I love going on dates with my boyfriend and doing romantic things. I’m not sure if we’d do as much of this kind of thing if we were around each other 24/7,” she says. She adds that keeping their separate places has also benefitted what goes on in the bedroom: “It’s easier to have scorching hot sex when you’re not worrying about taking out the garbage or who’s going to clean the kitchen. Plus, absence makes the heart grow fonder.”

Does living alone mean being alone forever? Find out on the next page…

For people who still may think that this trend is threatening the institution of marriage, Klinenberg pointed out in a recent interview with the
Globe and Mail: “The fact that people live alone for long stretches of their lives and then have successful marriages when they’re older suggests that is not a compelling argument.” As Carrie says: “Just because I live alone now doesn’t mean I don’t want to get married someday.” She feels that when that time comes, her experience living alone will have benefitted her. “When us singletons eventually do form partnerships, I think they’ll be healthier because we know ourselves better and are more self-sufficient.”

What about you? Do think cohabitating is a good idea? Or would you rather keep your own space?