Relationships: When are white lies ok?

Find out if those little white lies are helping or hindering your relationship. 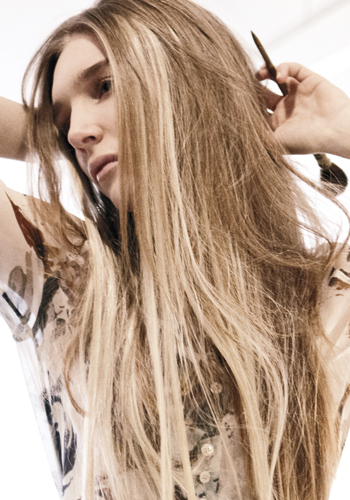 Whether it’s telling a loved one that they look good when they are sick, playing nice with an annoying in-law or planning your best friend’s surprise party – we have all told a white lie at one time or another. We typically tell white lies to protect the feelings of other people and avoid unnecessary conflict, whereas regular or “hard lies” usually serve a more selfish and deceptive purpose. Unfortunately, the line between the two can be a fine one. Sometimes something that seems like a harmless white lie can in fact
damage a relationship.

Recently, a man in Windsor, Ontario spent the past year secretly collecting every last detail of his long-time girlfriend’s dream wedding and planned the whole event without her knowledge, proposing to her right before the ceremony. The surprise wedding was dubbed “Operation White Cake” and involved a year of planning, covert information gathering and secret keeping. “Operation White Cake” was in a sense a white lie of epic proportions. However, anyone who has seen their viral wedding video, it’s clear that withholding the truth resulted in a touching, romantic moment for the couple and everyone involved (and millions of YouTube voyeurs).

The question is – when are white lies okay in a relationship and when are they destructive? Here is a quick list of some common white lies – the ones that are okay to use on occasion and the ones that should be avoided at all costs.

1. White lie: “You look good!”
OK: Your man has been working really long hours at the office. When he comes home late one evening and says, “I must look terrible,” it’s ok to wrap your arms around him and say: “You look good to me.” We’ve all been in a situation where we have shown up somewhere knowingly looking visibly tired only to be cornered by a pesky frenemy who says “Oh my god, you look so tired! What happened to you?” This never feels good. Don’t be the frenemy in your own relationship.

NOT OK: You want your partner to look and feel their best. The fitting room however, is never the place for white lies. If the new ill-fitting jeans he’s trying on do not look good, don’t tell him otherwise. When someone else eventually tells him that he looks ridiculous, this white lie will catch up with you and you’ll end up looking like the jerk. If you say something constructive like “Those pants hide what a great body you have. Maybe there are some more flattering styles we could look at?” he’s going to trust you’re looking out for his best interests.

Are you a jealous friend? Find out here.

More white lies to avoid on the next page …

OK: Here is the scenario: you and your guy just had sexy time and although it wasn’t horrible, the earth didn’t exactly move. When you are in bed with someone you are at your most vulnerable, making feelings easily hurt. When he asks you with hopeful eyes, “So, how was it?” its ok to soften the blow. To ensure that the communication remains open between you two, always follow encouraging words (“It was great!”) with something that will help improve things in the future (“I liked it but, maybe next time we could try more of this.”)

NOT OK: If the romp really was truly horrible, for example, it was painful, you felt uncomfortable or your guy just totally missed the mark, there is absolutely no use in lying and saying it was “Awesome!” If you don’t speak up about what you want and need in bed, you are going to keep getting more of the same and you will never be satisfied. Sexual frustration due to lack of communication can eventually lead to bigger problems down the road.

OK: Although it’s important to communicate and be honest about your sexual past, sometimes omitting a few details isn’t the end of the world. For example, does he really need to have a play-by-play of the steamy night you spent with that French waiter you met while backpacking in Europe? Is it necessary to share all of the anatomical details of your exes? Would you want to know this kind of information about the women he’s been with? No, of course not. Sometimes too much information really is just too much. When recounting your sexual history its sometimes ok to lie by omission to spare your partner the anguish of replaying a mental slide show of your past escapades.

NOT OK: If you’ve contracted an STD from a past partner that could be passed on to your current one, it is never ok to lie about this. Lies stop being “white” and become serious when they endanger the health and safety of the person you’re with. If you’re in the situation its always best to Woman-up and have an honest talk with your guy.

If you’re trying to figure out whether it’s worth telling a white lie, always ask yourself “Is this something I would want to know the truth about?” It’s never a good idea to deceive the person you’re with. You need to be able to trust each other. When trust gets eroded, the relationship falls apart. Communicating in an open and tactful way is what is going to save you in the long run.

The trouble with girlfriends

Can you keep a secret?