Relationships: What happens when you marry a bad boy

In this excerpt from her book The Longest Date: Life As A Wife, writer Cindy Chupack discovers that her man is good after all. 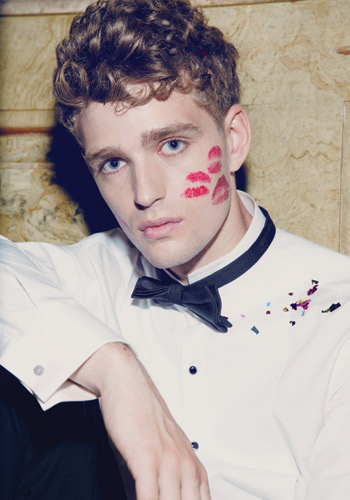 A good man is not so hard to find. I’ve dated a bunch of them. They call when they say they’re going to call, they take you out on actual dates, they tell their friends and even their parents about you, they like their parents, they play their phone messages in front of you, they have just one glass of wine with dinner because they’re driving, they have jobs, they have female friends they haven’t slept with…yeah, yeah, whatever.

The point is that they’re not hard to find. Bad boys are hard to find, because they’re never where they’re supposed to be. In fact, they’re not supposed to be anywhere. They do as they please. They go where the wind takes them. If you’re lucky, you might get a cell phone number, so you never know exactly what (or who) a bad boy is doing. It’s infuriating and insensitive and intriguing and insane and oh, how we love bad boys.

RELATIONSHIPS: One man’s ode to women

You know you’re dating a bad boy when you’re not sure you’re actually dating. Bad boys are usually one of two things: unavailable or undressed. This leaves you unable to think of anything but where the hell is he and when will he do that to me again? Bad boys are rule-breakers and heartbreakers and bed shakers and oh, how we love bad boys.

A bad boy will call you “baby,” probably because he forgot your name, but still, there’s nothing sexier than a bad boy who’s dying to see you, baby. It doesn’t matter if anything he says is true. It sounds good, and it feels good, because baby, bad boys have throw down. Bad boys are not tentative about kissing. They are not tentative about anything. They know what they want and they go for it, which is thrilling when it’s you, and not so thrilling when it’s suddenly the model (not) eating at the table next to yours.

Of course, that rarely happens, because bad boys rarely take you out. They don’t have to. The bar is low for bad boys. They don’t have to surprise you with flowers, it’s a surprise they show up at all. In fact, a bad boy is happy to let a good guy take you to dinner, ask you about you, kiss you good night at the door…a bad boy knows he can call at midnight and still get invited over for dessert.

RELATIONSHIPS: Alexa Chung on how she got over a broken heart

Bad boys are dessert. They’re like hot fudge sundaes. You know they’re not good for you. You know that as a woman, at a certain age, you’re not supposed to indulge anymore, but that doesn’t mean you won’t fantasize about it while you’re eating your mixed berries.

The other fantasy, of course, is that you will somehow reform a bad boy. That you will meet one with a motorcycle and tattoos and a love of bars, and he’ll tell you he’s trouble, but clearly that’s all a front. In truth, he’s just wounded, as we all are, and eventually he’ll fall madly in love with you because you are what is missing in his life.

Okay, I admit it. I recently married a bad boy. The thing is, bad boys are so elusive, so aware of their options (her, her and her), so impossible to pin down, that when a bad boy gives you a ring, it means something. That you should hire a very old nanny. Oh, oh, oh, how we love bad boys.

I wrote that ode to bad boys for People magazine’s 2005 Sexiest Man Alive issue. That year, the year Ian and I got married, they divided their sexy men into three categories: Smart Guys, Funny Guys and Bad Boys, and Ian took it as the highest compliment that I included him (at least, literarily) in the same category as Lenny Kravitz, Russell Crowe and Colin Farrell.

To this day I’m still not sure if it was a compliment or a cry for help. Ian was definitely more of a bad boy than I had ever dated, but rather than run the other way, I up and married him.

People—not People magazine, but people in general—tend to think I’m overstating this bad boy thing when they meet Ian, mostly because he seems very happily in love with me, and he now has a Vespa instead of a motorcycle. But don’t let that fool you. There are ramifications when you marry a bad boy, and here is one of them: Most of the women a bad boy introduces you to, he has slept with. It seems like we’re always in danger of running into someone Ian slept with, usually when I’m looking my worst. After a long international flight, on the shuttle bus to the parking lot, Ian will say, “Oh my God, Cookie?!” (yes, her real name), and then from what they say—or don’t say—about how they know each other, I can tell she’s someone he slept with.

Incidentally, we are still friends with Cookie and many other Cookies from Ian’s past. But for some reason, I like to know, I need to know, if they had sex with my husband.

RELATIONSHIPS: How to (really) get over a broken heart?

It would probably be healthier not to know, not to keep this tally in my head. He married me, after all, but knowing makes me feel like these ghosts of his sexual past do not have the upper hand. He does not share a secret with them. He shares their secret with me.

I leave it to you to figure out if that makes me highly evolved or highly masochistic, but I will say—that this is a hell of my own making, because Ian is not, by nature, a kiss-and-teller. He never points out that a woman is someone he slept with (maybe because, at some point, I should just assume), but if I ask him about it later, he always answers honestly, usually positively and dismissively:
“Once, when I was in high school.”
“We were working together.”
“We were drunk.”
“The bride doesn’t count.” (I’d asked if there would be anyone he’d slept with at a wedding we were attending.)
“I was living in Paris.”
“She was angry with her husband.”
Or my personal favorite: “I never slept with Twinkie (not her real name). But I once held my ex while Twinkie went down on her, because my ex always had kind of a lesbian fantasy of that.”

That last one caught me off guard (as I’m sure it did Twinkie if she’s reading this, and Ian’s ex, and my parents), and it was probably an indication that I should stop asking questions I don’t know the answer to. That rule is a good one in court and in marriage. In fact, I’m still recovering from that particular answer. I am sorry for asking, sorry for knowing, sorry you have to know, and sorry that I will never be as sexually adventurous as Ian’s ex.

Yeah, yeah, never say never, but I am pretty sure no matter where life takes us, I will not be having Ian hold me while some other woman goes down on me. And if that did happen, which it wouldn’t, but let’s just say it did, we would not still be friends with that woman and exchange holiday cards and know her husband and kids. But this is how it is for bad boys. It’s all in the past. Hopefully.

In any case, Ian’s sexual past is not a huge part of my everyday consciousness. But my subconscious, especially right after we got married, was having a field day with it.

For example, Ian told me when he first met me that he wasn’t sure he believed in monogamy (red flag), and that he would break my heart (bigger red flag), and that he always kind of thought he would end up with a Russian mail-order bride (there is not a flag large enough or red enough for that one), but then he surpassed all of my expectations and turned out to be a great guy.

In my dreams, Ian was everything you would fear a bad boy husband would be. He would kiss women right in front of me, he would make it clear he was leaving me, sometimes he would just ignore me. He would have twosomes, threesomes, foursomes as if I wasn’t there, even though I was there, inevitably, trying to remind him that we were married.

I would wake up hurt and upset, and tell Ian everything he had done. And that’s when we started calling this man of my dreams “Evil Ian,” because the real Ian reminded me that he had done nothing wrong, given me no reason to have this nightmare, been a great husband from Day One. But Evil Ian continued to haunt and taunt me. Ian started to resent Evil Ian. “He has all the fun, and I get all the blame,” Ian said one morning as I recounted what Evil Ian had done with some girl on a cruise ship.

And it was true. Where was Ian’s reward for going from motorcycle to Vespa if I still woke up angry? Was my subconscious trying to protect me or sabotage me? If you are a therapist reading this, or even if you aren’t, I’m sure it’s not hard to figure out that I was having trust issues. I suppose getting married to someone who realizes he’s gay might leave you a little wary of marrying again, and since Ian told me up front that he was bad news, I took him at his word.

So my subconscious was, I guess, trying to work out how a bad boy could be so good. Because he was. Ian was a good man, a good husband, a good lover, and even a good sport as I continued to love and trust him by day, and curse Evil Ian by night.

Eventually, my Evil Ian dreams began to subside, which is good, because not only was it unfair to Ian, it was unfair to me. If anyone was going to have extramarital sex in my dreams, it should be me. They’re my dreams, after all. And monogamy is no small undertaking. Men are not the only ones who have trouble adjusting to the idea of sex with the same person day after day, night after night (well, at first, then it’s more like month after month), and yet, I wasn’t even cheating in my dreams. Where was the honor in that?

All I can imagine is that I have been faithful, consciously and subconsciously, because the man of my dreams is now the same man I wake up to. The real Ian finally eclipsed Evil Ian. Of course, he’s still a bad boy at heart. And in some twisted, unhealthy way, that’s why he’s so dreamy.

Read more:
Best celebrity couples of all time
10 rules of date dressing
5 tips to find your true love
20 books you need to read before you die