Relationships: The trouble with girlfriends

Why women turn on one another when there's a man on the scene. 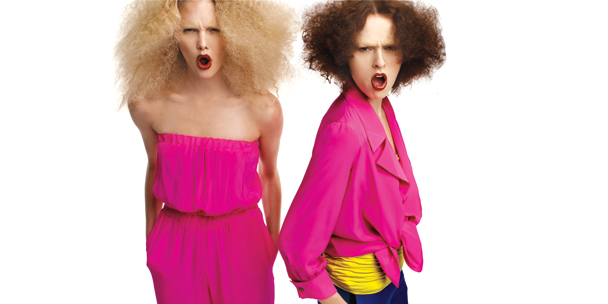 One of my good friends, Kara*, was married last year, beginning one of those whirlwind years of weddings and engagements where almost every summer weekend is devoted to nuptials and every other update to your Facebook feed is news of a promise to wed. After Kara and her betrothed exchanged vows and returned from their honeymoon, I finally caught up with my old friend, a musician who lives in Vancouver. After I made the usual inquiries into the progress of married life, Kara told me that the wedding had nearly marked the end of her longest friendship. She and Megan*, whom she has known since childhood, argued frequently after she announced her engagement, and Megan almost didn’t come to the ceremony.

The subjects of their arguments— conducted exclusively over the phone—were vague at best and about everything from the guest list to their opinions on adultery. Kara felt like Megan was picking fights for the sake of it. She even intimated to me that she had considered letting the friendship go, but in the end she begged Megan to attend. Megan did, grudgingly, and now Kara foresees a long fight to reclaim the relationship— one she isn’t sure she wants to bother with. I told her that I was having the same problem with one of my girlfriends. Our troubles started when she met her husband, a wonderful man who I think suits her perfectly. Even so, his arrival marked the end of our closeness. Perhaps Megan and I both intuited what studies reveal to be true: that when people get married, longtime friendships often start to fade. “It’s funny, isn’t it?” I said. “We used to get together and talk about our boyfriend dramas and now that we’re all settled down, we have girlfriend dramas.”

Kara and I are definitely not alone. The loss of friendships when couples wed or start families is so common in the Western world that the phenomenon even has a fancy name: dyadic withdrawal. “We only have so much time in our daily lives to spend with friends, family and spouses,” explains Daniel Hruschka, an assistant professor of anthropology at Arizona State University and the author of Friendship: Development, Ecology, and Evolution of a Relationship. “As we increasingly devote time and effort to making a life with our partner, that usually takes time that we might have spent with other loved ones.”

How women deal with losing a friend on the next page…

It makes sense, of course, but it still hurts when you realize that a treasured relationship is crumbling before your eyes. Time spent apart isn’t much of a factor for Kara and Megan: They live on different continents and rarely see each other. Their friendship has survived attending different universities, Kara’s constant touring and Megan’s work overseas. But now a little thing like wedding vows is threatening to end the devotion they have shared since before puberty.

Women, in particular, suffer when they lose friends. “There is an anxiety about female friendship being more profound than male friendship,” says Jane Tolmie, a professor of gender studies at Queen’s University in Kingston, Ont. “Maybe society encourages it to be a stronger feature of women’s lives than men’s lives.” At the very least, what women want from friendship seems to be different from what men want. According to a study by Matthijs Kalmijn of Tilburg University in the Netherlands, men want to do things with their male friends, whereas women look for intimate emotional support from their girlfriends. “The functions of a man’s friends can be taken over by [his] wife more easily than the functions of a woman’s friends can be taken over by [her] husband,” writes Kalmijn. This study also found that women keep more friends over a lifetime, but data tables show a depressing downward trend for both genders. The inescapable conclusion: Friendships don’t last.

But in other parts of the world, friendships look very different from the picture painted by Kalmijn’s study. “In many cultures, the ideal is that friendships will last a lifetime,” explains Hruschka, citing the Azande tribe in North Africa and the Banyoro Kingdom in Uganda as examples. “Indeed, in many societies there are wedding-like rituals by which friends make a vow in front of their community, friends and family members to help and protect each other for the rest of their lives.”

I wonder if spouses tend to cause drama at these friend weddings. “Drama has its place,” says Tolmie. “Every relationship that’s full of care has its moments of drama.” As a new mother, she says that she can relate to Kara’s story. “In some ways, I’ve experienced some of the same things. But I think the upside is that the friendship model becomes more flexible with different life experiences. You can recoup and repair some—if not all— of those losses. It’s usually not the end of the story.”

At the wedding, Megan made a moving speech about the adventures that she and Kara had shared when they were young. It was an honest and emotional tribute to their friendship, and it made the bride cry. I don’t think it’s the end of their story. My married friend and I have started to rekindle our relationship, granted with less intimacy than before. Rebuilding a damaged friendship definitely requires work. But it’s the kind of work that can lay the foundation for a relationship based on respect—the kind that will last through children, illness and other hurdles that life tosses our way. And the most important tool for creating it is a simple one: a sincere apology. “It’s amazing how effective it is when you apologize to someone without all the self-defensive rubbish that’s usually heaped into it,” says Tolmie. “One of the realities of adulthood is that you really have to be able to say you’re sorry.”