Relationships: The price of pregnancy

How much are you willing to pay to have a baby? 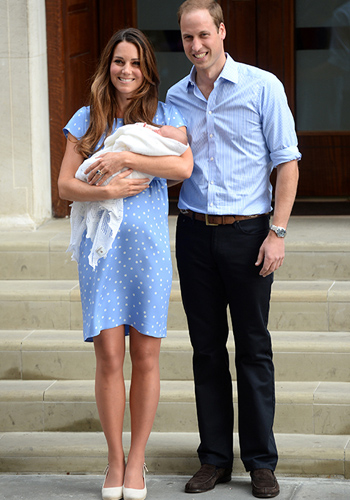 For an increasing number of women who—by choice or circumstance—have delayed having children, the path to the pitter-patter of little feet involves more than a $12 bottle of Chianti and a $7.99 pregnancy test; it can take a $50,000 line of credit. No one thinks of setting up an “infertility” savings plan in their 20s; in fact, giving birth was always one of the few riches of the poor. So most couples end up paying for infertility treatments by blowing through their savings, slapping down a credit card or
asking family for money. The final tally varies because fertility clinics can charge what they like. The industry is largely unregulated, and, as Diane Allen of the Toronto-based charity Infertility Network notes, “[clinics] don’t offer these services as an act of charity.” Allen had to stop fertility treatments several years ago, after cashing in some of her RRSPs to pay for them, because she and her husband simply couldn’t afford to continue. “It was devastating,” she says.

At Create, a private fertility clinic in Toronto, it costs approximately $6,500 per in vitro fertilization (IVF) cycle, $1,350 for additional intracytoplasmic sperm injections, $800 for embryo freezing, $6,500 for egg freezing and $250 for counselling. In addition to the litany of medical costs, Create’s website cautions prospective clients to not “forget your parking” when tallying up expenses. The average number of IVF cycles for a woman trying to conceive is three—or around $30,000. (The return on investment, according to the Society of Obstetricians and Gynaecologists of Canada, is particularly grim for women in their 40s, when the failure rate for fertility treatments is 89 percent.)

Jennifer Febbraro, a 40-year-old teacher in Toronto, has had a very happy ending: She is the mother of one-year-old twin girls, born in 2012 after five years of trying and two miscarriages. But she and her partner incurred tens of thousands of dollars in debt for a variety of treatments, including multiple cycles of IVF. “Once you have the kids in front of you, it’s impossible to measure the financial burden,” she says. “But we made a lot of sacrifices.” Febbraro, who describes herself as “solidly middle class,” used a line of credit, credit cards and money from g a m e family to pay for treatment. “To pay it off anytime in the future would take something radical,” she says. “Maybe we’ll sell our house when we retire in 30 years.”

Danielle Xavier has been priced out of the baby market—for now. Xavier and her husband, who live in Toronto, started trying for a baby when she was 25. Over a three-year period, they put almost $10,000 on credit cards for a number of procedures (but not IVF). They got to a point where they had to take a two-year break and try to save up for one round of IVF. Her husband is currently working two jobs. “I know people who have sold their cars to do IVF,” says Xavier, 30. “My clock is ticking; I don’t want to become another statistic, where I hit 35 and someone tells me I waited too long.”

Conceivable Dreams, a Toronto-based non-profit patient advocacy group led by 44-year-old Joanne Horibe, lobbies for publicly funded IVF across Canada. (See “Financial ‘Bump’?”) Horibe and her husband were diagnosed with infertility seven years ago—when the doctor told her it would take “an act of God” for her to get pregnant without IVF—and she was shocked to learn that most of her treatments would not be covered. The couple used their wedding savings to pay for the first few rounds, and Horibe has since heard many similar stories of financial sacrifice. One of the members of her organization, who started trying for a baby when she was 25, spent a considerable portion of her student line of credit. Another young woman raised $10,000 for one round of IVF by organizing a fundraising concert. “Not getting pregnant month after month makes you feel like a failure, and then you put your life savings into it,” says Horibe, who finally got pregnant after eight rounds of IVF. “But what happens if it doesn’t work?”

Learn more about infertility treatments on the next page…

If all else fails, some couples resort to surrogacy, but that option can be just as pricey. While it is illegal in Canada to pay for donor eggs or sperm, or for someone else to carry your baby, it is legal to reimburse any reasonable expenses the surrogate might incur. “You would likely pay for medical expenses including any vitamins, legal fees, psychological assessments, travel expenses and child care for a surrogate’s kids while she’s doing all of these things,” says Sara Cohen, a fertility lawyer in Toronto. If you’re working with donor eggs, you’ll pay for the IVF as well as any top-up insurance. “Regardless of the path you choose, it can get very expensive,” says Cohen.

Money matters: How to GET A RAISE

Gloria Poirier, of the non-profit Infertility Awareness Association of Canada, says that an increasing number of women are even travelling to places like India and the Czech Republic in a bid to minimize expenses. “You get a vacation out of it and it’s still cheaper,” says Poirier. Dr. Raywat Deonandan, an epidemiologist at the University of Ottawa and frequent lecturer on “reproductive tourism,” wrote last year in the Huffington Post that “India’s [fertility] services can be 10 to 100 times cheaper than in the West.” (Estimates range from $12,000 to $15,000 for surrogacy services in India; it can easily cost $100,000 in the United States.)

Regardless of which route couples take, Xavier says it’s difficult to draw a line when it comes to how much you want to spend. “It’s really hard when you want to keep trying and it’s impossible because you’ve pushed yourself to the point where you can’t buy your niece a $20 birthday present,” she says. “And we make good money. I’m amazed that other people can do this and put food on the table.”

Is MONEY RUINING YOUR RELATIONSHIP?

The physical, emotional and financial stress associated with infertility can have a significant impact on couples, says Judith Daniluk, a professor of counselling psychology at the University of British Columbia. “People’s sex lives get analyzed, everything private becomes public and one spouse can develop guilt over being the one preventing his or her partner from having a child,” she says. “If you don’t have the money to pay for the only treatment that could make you a parent, that’s a huge stress. But how do you put a price on having a baby?”

The price of pregnancy: Numbers game

The price of pregnancy: The financial "bump"?

Is there any public funding?
In 2010, Quebec approved public funding for the first three in vitro fertilization (IVF) cycles before the age of 44. In the rest of the country, barring exceptional medical circumstances (such as two blocked Fallopian tubes), the patient must pay the cost. According to Revenue Canada, in vitro costs can be claimed as a medical-expense tax credit. Manitoba also offers a Fertility Treatment Tax Credit of 40 percent of the cost of treatments occurring in Manitoba up to a maximum of $8,000. But that’s not going far enough, according to the non-profit infertility groups who lobby their provincial governments to fund treatments. In February, Generations of Hope, a Calgary charity, asked the Alberta government to fund IVF treatments. The Infertility Awareness Association of Canada argues that British Columbia could save tens of millions by covering IVF. (It commissioned an Angus Reid Forum poll in October 2012 that found that 73 percent of British Columbians support public funding for IVF treatments.) Earlier this year, Ontario health minister Deb Matthews made it clear that, despite advocacy efforts, Ontario has no plans to introduce broader funding for IVF.

What are the pros and cons?
It’s a complex issue: Some argue that public funding of single-embryo IVF procedures could reduce the public-paid cost burden of multiple births, which occur more frequently with privately funded IVF treatments as they often implant more than one embryo. (Raising Expectations, a 2009 Ontario expert-panel report on infertility and adoption, reports that it costs the health-care system more to care for multiple births—multiples are 17 times more likely to be preemies, and low-birth-weight babies cost the system $11,559 to $117,011 more than normal-birth-weight babies.)

Others, including the Canadian Taxpayers Federation, which is opposed to publicly funding IVF, suggest that the cost of covering a large number of IVF treatments is too much for the public health system to bear and that the money would be better spent on infertility prevention and treatment programs.

Who’s the real winner?
A 2011 report from the Quebec-based Institut de recherche et d’informations socio-économiques concluded that public funding of fertility treatments will benefit private-sector fertility clinics more than the women in need of the procedure. And it’s hard to dismiss the link between industry and patient advocates. A cursory glance at the boards of directors and donors of many organizations, including the Infertility Awareness Association of Canada, reveals a who’s who of private clinics and pharmaceutical companies.

There is more at stake in this issue than simply getting babes into the arms of women eager to be mothers. Quebec alone plans to complete 7,000 cycles of IVF in 2014 at a cost of $80 million. If you multiply that by 13 to accommodate the other provinces and territories, the numbers add up quickly. In that context, it can be tough to parse where public and private interests begin and end.

How to LIVE HAPPILY EVER AFTER

“When you’re a patient, it might seem like you’re all working toward common goals, but it’s hard to tell when one group is motivated by profit,” says Diane Allen of the Infertility Network. Allen wants a national dialogue about how and what we fund and says we need to collect real data on infertility rates and the long-term outcomes of treatment. “But,” she says, “no one wants to talk about it.”

In 2010, the Harper administration decided to cancel funding for Assisted Human Reproduction Canada, established in 2006, the only government body specifically regulating infertility practices. Fertility-treatment services will now be folded into the general portfolio of Health Canada.

Read more:
Relationship quiz: Which Hollywood celebrity couple are you?
One man’s ode to women
Relationships: The power of the introvert