Relationships: In pursuit of a different man

What happens when you're too ambitious in the world of dating? 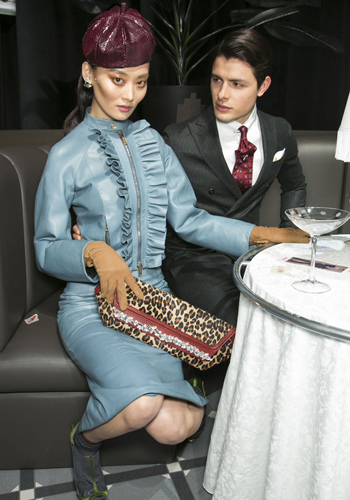 Tom*
[
* indicates name has been changed] and I met at a Toronto bar in February of last year. He was celebrating a friend’s 30th birthday while I was tagging along with a friend of a friend to celebrate very little. After a few glances, we started chatting. There was instant electricity—soon we were whispering in each other’s ears and had our hands on each other’s hips. We quickly determined that we not only shared the same birthday and birth year but were also born 10 minutes apart in the same hospital. Maybe we’d been side by side in the nursery the day we were born—
maybe we’d known each other forever.

Within days, we were on our first date. He was so easy to get to know. He consciously chose restaurants and movies that I was interested in. I loved that he was close to his family—he shared stories like how he and his mother, both avid Leafs fans, would bond via regular post-game play-by-play debriefs. He liked to repeat his grandfather’s favourite quote: “So few are willing and interested to do the hard, physical work.” And he was passionate about politics, food and sustainable living. When he ordered at a restaurant, he lobbed questions at the wait staff like: “Where and when was the fish caught?” “How will it be cooked?” and “Is the entire fillet being served?” I found this charming and intriguing because not only were these questions I would never ask but they also referenced concerns and values I had never thought of. But there was the matter of his job. I knew myself well enough to know that the kind of career a man had—or didn’t have—could easily wilt my attraction. So when we first met, I avoided the topic. (I’ve always felt the North American custom of asking “What do you do?” right after finding out someone’s name is a bit shallow.) When the subject finally came up during our first date and he said “truck driver,” I had to mask a cringe—one that, in my case, usually leads to the unravelling of a relationship. But Tom possessed so many other qualities, like thoughtfulness and openness—so different from the selfish, career-minded attributes of the type of guys I typically dated—that I thought I would give him a chance.

The DANGER OF BEING JUST FRIENDS

However, the more time we spent together—multiple dates a week over the course of the first month—the more his truck-driving job began to nag at me. While he said he “detested” the job, he also had no intention of leaving it. And he wasn’t interested in post-secondary education, despite his intelligence.

This was a problem. What I do for a living, and how successful I am at it, has always been integral to my self-esteem and identity. I studied political science at Western University and considered following in my father’s lawyer footsteps. My uncle went to Princeton. My aunt has a Ph.D. from Harvard. Growing up, everything in our family revolved around education. Throughout high school, my weeknight social activity was virtually non-existent—instead, the focus was on math and science homework, my weakest subjects. My post-secondary education and future career were frequent dinner-table topics—and my dad only accepted my switch to a writing career after I’d completed my degree and published articles in magazines and newspapers that he and his friends read.

More about dating ambitions on the next page…

Soon after I started dating Tom, a friend mentioned that she was dating a lovely plumber. I was genuinely pleased for her. When another friend married a man who didn’t have a university education, I didn’t flinch. But could I make these exceptions for the man in my own life? Not for Tom, it turns out. I couldn’t even bring myself to tell my dad about him.

As I watched Tom, someone with so much potential, choose to make no plans for his future, I became disgusted with his job. Whenever I’d ask about it, he’d dismiss it, saying that he would be just as dissatisfied stuck behind a desk somewhere. I silently judged his laziness as much as the job itself.

Finally, a few months in, I ended the relationship. I wrote to him via text, saying “I don’t see long-term potential between us.” Tom responded with “I’m disappointed and really wish you’d had the decency to tell me in person.” I felt guilty for my cowardly move—it was the most immature way possible to tell him—but I didn’t regret breaking up. I reassured myself that this decision didn’t mean the career and education standards I wanted in a partner were superficial or trivial. It wasn’t wrong to want a man who has a good heart and a substantial career.

So it came as a surprise to me when, earlier this year, I started dating a hairdresser named Mike*. Post-Tom, I’d had a whirlwind romance with an advertising exec, who, on paper, fulfilled everything on my relationship wish list, including being well-educated and ambitious—but he was also demanding, indignant and self-focused. The relationship didn’t last long. By the time I met Mike, through a friend, I was more open-minded. I’d learned my lesson—twice. While Tom’s lack of ambition may have been too far off from my own values, the advertising exec’s selfishness taught me that my priorities definitely needed to shift.

Mike shares my obsession with travel, my love of the Italian language and my desire to live in Europe. On an early date, he talked about his academic interests—engineering and information technology—but also about how he loved to interact with people. He explained that he’d chosen his career path when, as a teenager, he’d worked part-time in a hairdressing salon alongside his aunt. It was the job that made him happiest.

Unlike my experience with Tom, I don’t find myself silently judging Mike. I never worry about how friends and family will react when I explain how he makes his living. I don’t wish he had a different job. I’m thrilled that he loves what he does and is pursuing his own dreams. (And his ability to fix my part in the morning before I run out the door doesn’t hurt either.) I’ve finally figured out that I’d rather be with an amazing man who is happy with his career—whatever it may be—than with an average man who has a so-called top-notch career. Mike is a hairdresser. A lovely, charming, intelligent and affectionate hairdresser. And that’s okay. Actually, it’s better than okay.

Read more:
Career advice: The dangers of being too ambitious
Relationships and dating: Is drunk sex the new normal?
Relationships: How men and women think of love