Relationships: How to live happily ever after

Are you looking for Mr. Right in the wrong places? 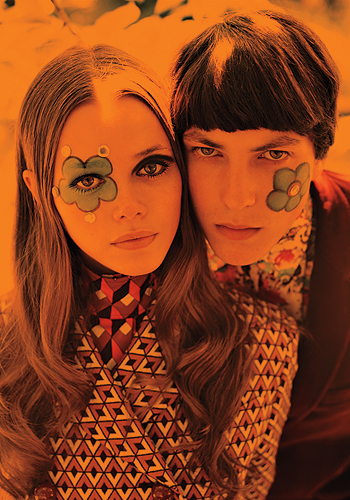 Are romantic comedies hurting your chances of finding Prince Charming? Research by Heriot-Watt University in Edinburgh suggests that watching romcoms on a regular basis can promote unrealistic standards when it comes to love. The study, which looked at 40 box-office hits from 1995 to 2005, showed that most movies instill a warped sense of the “perfect” relationship: love at first sight, minimal communication and, of course, an unlikely happy ending. Need more proof that the genre is hazardous to your dating health? Look how long it took Jennifer Aniston, romantic-comedy queen, to finally find her match.

The feeling of being unsatisfied with your current partner because you’re pining after Hugh Grant.

Origin: Coined by the British press almost a decade after the release of the film in 1999. After watching this “perfect date movie,” couples found themselves craving Anna and William’s relationship more than their own.

Your line: “I saw that new Katherine Heigl movie, and now my boyfriend just doesn’t measure up. Must be the Notting Hill effect.”

“When a beautiful actress is cast in a movie, executives rack their brains to find a flaw in her character that will still allow her to be palatable. She can’t be overweight, because who would pay to see that? So they make her a klutz.” – Mindy Kaling

25%- The percentage of people, according to a poll by Dr. Gabrielle Morrissey, an Australian sexologist and relationship expert, who think that romantic comedies have distorted their view of relationships by fostering a new addiction: happy endings.

‘Til death do us part

Warm Bodies (out this month) is cashing in on two of the hottest film genres we love to hate: romantic comedies and… zombies. Plus, it stars a babely Nicholas Hoult as one of the undead.

Read more about romcoms on the next page…

1. The couple finally gets their first kiss…in the rain (The Notebook, Dear John, Spider-Man).

2. The average girl gets a makeover…and the guy (The Princess Diaries, She’s the Man, She’s All That).

3. The beautiful girl finally falls for the awkward boy, or vice versa (Knocked Up, Garden State, Never Been Kissed).

These celebrity couples may be living out the closest thing to movie magic.

Justin Bieber & Selena Gomez: On again, off again, on again? Trying to keep up with the status of this teen-dream power duo is more confusing than the Biebs’ harem pants.

Brad Pit & Angelina Jolie: Is Angie pregnant again? Adopting? Is a surprise wedding in the works? The world’s most beautiful couple always has us guessing.

Kanye West & Kim Kardashian: Kim K and Yeezy are anything but subtle, but their attention-grabbing antics keep us wanting more.

Prince William & Kate Middleton: What says “fairy tale” more than royalty? And with a little prince or princess (or maybe even twins) officially on the way, the baby watch begins.

Jay-Z & Beyoncé: Jay and Bey are the couple we want to be. (Though most of us would settle for being in Blue Ivy’s shoes!)