What would you change in your life, if you could? A new study has surprising results for women and men when it comes to relationship regrets and relationship problems. 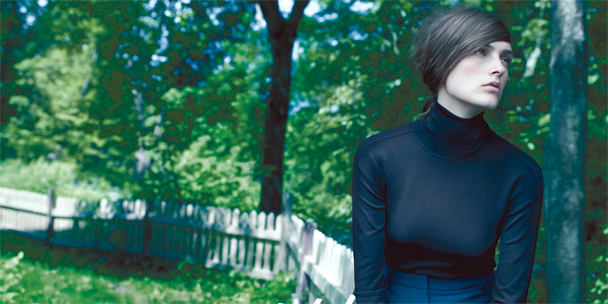 When it comes to life regrets, women tend to have relationship regrets, whereas men regret career choices according to a recent study published in Social Psychological and Personality Science.

However, the situation may not be as cut and dry as the study suggests. Another study published by Arizona State University, presents alternate evidence that suggests what women really regret is missed educational and career opportunities which were caused by a perceived lack of self-assertiveness.

It’s possible that the pressure to “have it all” – a successful career, marriage and children – is leading women to have more regrets and relationship problems in general. Unlike their older counterparts, women who are in their 20s, 30s and 40s have grown up with more opportunities available to them. The quest for the perfect balance between career and family means that many women take on an intricate juggling game which can lead to relationship problems. When one ball falls out of balance, this can often lead to regrets. This is made worse by popular culture that feeds into the illusion that “having it all” should come easy.

Neal Roese, a professor of psychology at Northwestern University explains the phenomena by saying: "As people rise higher in our culture, there is a perception of greater opportunities. Paradoxically, the more opportunities you have, the more ways you can see how you could have gotten more…Opportunity fuels the regret experience."

Relationship regrets happen when the fantasy of your life doesn’t line up with reality
Sonya* age 31, says her greatest regrets in life are all career-related. “I’m in a happy long term relationship and have a university education from a good school. However, I thought by now I would have my ‘dream job.’ I went to school believing that I would one day find a career that would be perfect for me. I thought by this age that all aspects of my life would be settled. I can’t help but look back at old mistakes and wonder what I could have done to change things.”

Learn more about regrets and relationship problems on the next page…

Kendra* blames her lack of self-assertiveness as the reason for her career regrets: “As far as career choices go, I regret undervaluing myself and being afraid to speak up and take chances. I regret playing it safe. I regret letting myself get walked all over. While I enjoy my job, I sometimes regret not exploring other paths or pursuing the things I used to want to do. I realize nothing is permanent, but sometimes it feels like it’s getting to be too late to pull a U-turn.”

However, when asked how her career regrets compare to those associated with her relationships, Kendra takes more of a “live and let live” approach: “As far as relationship choices, I’ve made a lot of bad ones but, even though I may cringe when I look back at them, I wouldn’t take them back. They’ve all made me who I am now and they’ve made me a lot smarter, a lot pickier and less likely to make the same mistakes.”

When it comes to failed relationships, women take responsibility
Danielle* on the other hand claims that it’s actually her past relationship missteps that she regrets the most: “I’m happy with the jobs I’ve had. Even when there are issues, you have to accept the fact that you can’t control the actions of your colleagues. In a relationship, the onus is on YOU if you choose to spend your time on someone who is a loser.”

Allison* agrees that it’s her relationship choices that haunt her the most: “I didn’t grow up thinking there was only one perfect job for me however, I do think I was brought up with the expectation that I would one day find “The One” perfect guy. Because of this, whenever a relationship fails, I always wonder if the guy was really meant for me and whether there was anything I could have done differently.”

Roese says the fact that women tend to regret romantic entanglements speaks volumes to how men and women are raised in this society. He says that it’s common for women to blame themselves when it comes to the things they regret. “Women are typically charged with the role of maintaining and preserving relationships, so when things do go wrong, it’s very spontaneous for women to think, ‘I should have done it some other way.’”

It all comes down to learning from your mistakes
The question is, how should we deal with all of these regrets? Roese suggests that regret is unavoidable and that it’s an “essential part of the human experience.” He says that regrets help us learn how to do things differently in the future. Sonya agrees with Roese by saying: “I’ve made mistakes in the past and I do have some regrets. However, I’ve realized that hanging onto regrets is silly. By doing so you give power to something that’s completely abstract. You can’t change what is done, so it’s better to live, learn and move on.”

What about you? What’s your biggest regret, if any?