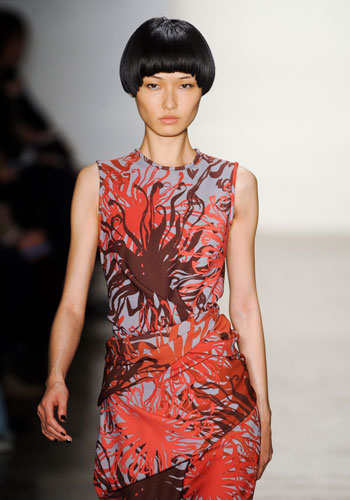 Pop culture would have us believe that three little words – "I love you" – are the hardest to say. But anyone who has ever tried to put pen to paper in the name of romance knows first-hand that this simply isn’t true.

"I’ve tried at least a dozen times to write a love letter to my girlfriend," says Derek Wilder, a recent university graduate who wants to surprise his literature-loving lady with a handwritten token.

"But the only thing I ever manage to come up with is, ‘I love you so much’ which is more of a mushy memo than anything else-and a bad one at that."

While it’s easy to feel intimidated by romantic literary greats – who could ever forgot Mr. Darcy’s passionate confession of desire in letter form to Elizabeth Bennett or Robert Browning’s touching handwritten poems for his wife, Elizabeth Barrett? – composing a romantic love letter isn’t as complicated as it seems.

Why do we love love letters?
According to Brian Johnson, an associate English professor at Carleton University, our adoration of the romantic love letter directly relates to the vulnerable position in which it places its composer.

"The love letter as a literary form allows us to lower our guard enough to tell our beloved things about them, about ourselves, and about how we feel about them that we might feel inhibited about saying in their presence," explains Johnson. "It’s a form that is poised halfway between diary and letter. There is no more intimate genre."

But the infatuation does not stop there. "This may sound strange coming from an English professor," Johnson continues, "but I suspect that what makes people swoon over a love letter is not skillful rhetorical flourishes, but precisely those moments when polished language breaks down and a certain clumsiness of expression that we all have when we try to convey powerful feelings to our beloved emerges."

To put it plainly, we love love letters because they are raw and entirely unique, crafted specifically to suit us by somebody who loves us just the way we are. They are a genuine expression of feeling that can’t be replicated by Hallmark or Hollywood.

"We swoon not when our lover says something eloquent that we suspect they might have borrowed from a Valentine’s card," elaborates Johnson. "But when they call us by private names and address us in a voice we recognize as fully their own."

6 simple dos and don’ts for writing a love letter

DON’T: Rely on clichés
Avoid gleaning your romantic ideas from Cinderella or worse, The Bachelor (ick!) Avoid language like "happily ever after" and "knight in shining armor" or anything else that has been deemed "romantic" by pop culture.

"I keep thinking of all the rom-coms I’ve watched with my girlfriend whenever I try to write my letter," says Wilder. "I keep wondering if John Cusack would say this or if Jude Law would use little hearts for his punctuation. It’s a lot of pressure!"

Take our advice and remove yourself from mainstream thinking. Dig deep to say something completely unpredictable and honest. Words that are raw and honest are always the most powerful.

DO: Be ridiculous
When Meg Ryan’s character in You’ve Got Mail (1998) swoons about a bouquet of "newly sharpened pencils", her friend is at a complete loss. Yet everyone in the audience let’s out a dreamy "Awwww!", because they know that Tom Hanks’s handsome book-loving character wrote to Ryan about such a gift instead of traditional flowers.

The most romantic gestures are usually those that don’t make sense to anyone other than the people involved. Likewise, a truly fantastic love letter will seem completely and utterly ridiculous to anyone who reads it except whom it is intended for. So be sure to include private jokes and private memories to make your letter really one-of-a-kind.

DON’T: Rush it
Unlike an essay that can be pulled off at the last minute through a haze of caffeine, writing a love letter should be a process that is savoured and permitted to unfold at its own pace. Give yourself time to reflect upon what you want to say.

DO: Embrace handwriting
Some people may say that words are words, whether they appear as ink on a page or text on a screen. But there is something terribly attractive about knowing that somebody sat down and created a handwritten letter sans Facebook alerts and Twitter updates. Plus, a handwritten letter becomes something tangible that the recipient can hold onto forever.

DON’T: Ruin the surprise
Wait until you have your letter exactly as you want it then surprise your love! Extra points if you arrange a special delivery-send it in the mail so it arrives on their doorstep, leave it as a bookmark in the novel they are reading or slip it into their coat pocket before they leave for work. Be imaginative to be memorable.

Read more:
One man’s ode to women
The five biggest relationship issues for women—and how to deal with them
Relationships and dating: Is drunk sex the new normal?
Money and relationships: Can spending buy true happiness?