Infidelity is no longer the number one cause for couples to call it quits. The new reason woman are opting for divorce? Boredom. 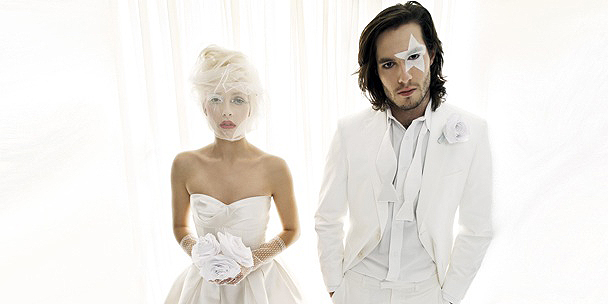 A recent study conducted in the U.K. by accountancy firm Grant Thornton revealed that “falling out of love” and “growing apart” have now surpassed
extramarital affairs as the number one reason for divorce. For the first time ever, women are openly admitting that they are bored with their marriages and are not afraid to do something about it.

When asked why she decided to leave her husband, Lanie* age 28, says “He’s a good guy. I just wasn’t in love anymore. I’m still young. I wanted something more out of life.”

She is not alone. Lanie* is part of a growing number of women who got married in their 20s and 30s and are now getting divorced so that they can life live to fullest while they are still young. They are embracing their independence, seeking out the excitement and emotional satisfaction that was missing when they were with their partner.

Following the end of her marriage, author Elizabeth Gilbert wrote about her globetrotting adventures of self-discovery and became a household name. Many women were able to identify with Gilbert’s experiences in the pages of
Eat, Pray, Love because they are searching for a similar sense of fulfillment. They are looking to fall back in love with their lives after they fall out of love with their partners. Women like Lanie are choosing personal happiness over marriage. The difference is they aren’t waiting 20 years into their marriage to do it.

Why women are ending marriages sooner than later

Lanie married her ex-husband after six years of dating. However, nine months in to the marriage she came to the startling conclusion that she couldn’t imagine spending the rest of her life with her then husband. Before she married her ex, Lanie was passionate about music and languages. But because he didn’t share the same interests, she became consumed in the relationship and slowly stopped making time to do the things she enjoyed. Once they were married she felt like she was walking around in a haze: “I had lost my sense of self. When I realized this, it also became clear that I had fallen out of love with him as well.” After a very difficult process of deliberation, she decided to call it quits with her husband in hopes of finding herself again.

Sometimes the decision to end a marriage is less about soul-searching and more about choosing the happiest life possible for your family. Anna*, age 32, wed her ex-husband in true fairytale style after 5 years of being together. However, when she gave birth to their daughter, the fairytale crumbled when her husband started to come home drunk on a regular basis. Anna recalls feeling like a single parent during her marriage that left her emotionally drained and lonely. Eventually she decided it was time to go out on her own. “If I’m unhappy and stressed all the time, I can’t be a good parent to my daughter. I didn’t want her to grow up seeing me that way. She deserves more than that.” As a single parent she is focused on her daughter and feels she has regained parts of herself that she lost during her marriage. Anna has concluded that she doesn’t need to be in a relationship to be happy: “I’m in love with my life right now,” she says.

Is divorce a quick fix? Read more on the next page…

Is divorce just a quick fix?
Building a healthy relationship takes a lot of time, effort and hard work. The question is – are these women giving up too soon? Lanie says that she took her vows seriously and the decision to leave her marriage was not an easy one. Once she realized she was unhappy, she initiated marital counseling. She says, “I felt so much pressure to make things work and that by ending my marriage, I’d be letting down both of our families.” However, after several months of counseling she realized “We were just on two completely different pages and wanted opposite things out of life.” He wanted a wife and family. She wanted a music career and to feel the spark of passion again. In the end, Lanie decided to pursue her dreams without her husband.

Women no longer need marriage as a financial safety net
Women like Anna and Lanie are no longer willing to settle for unsatisfactory relationships because, as Anna explains, “There is no need.” In the past, marriage served a pragmatic purpose. Women needed to get married so that they would have someone to support them. However, women are much more career focused now than previous generations. Staying in an unhappy marriage for the sake of financial security is often no longer necessary. In Anna’s case, her stable government job is enough to support herself and her daughter. She admits, “I enjoy supporting my family. The best part is that I get to do it all on my own terms.”

*names have been changed

Read more:
Why men cheat
Is social media destroying your relationship?
On and off relationships