Relationship advice: The key to happiness

Is the key to happiness how realistic you are about the events in your life? A new study says this relationship advice will help make your life happier. 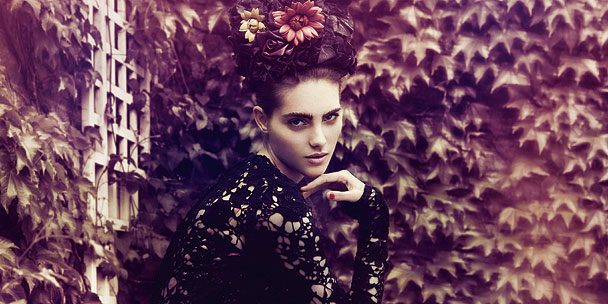 The best of us look back on events in our past relationships and perceive them differently as time goes on. Take Brad Pitt, for example. In a recent issue of
Parade, Pitt tells the magazine that he tried to pretend his relationship with Jennifer Aniston was something it wasn’t. But back in 2006, he was quoted as being blissfully happy in his marriage.

A study published in the September 2011 issue of the
Journal of Personality and Social Psychology discusses whether or not you should look back on past events and relationship problems with rose-coloured glasses. The findings of the study and
relationship advice showed that those who thought positively about past relationship events that weren’t so severe (i.e. a miscommunication with their partner) showed a decrease in symptoms of depression over time. In other words, people who did not get that worked up with the small things in life, felt happier and less stressed over time. This could be a key to happiness according to some.

However, those who thought positively about, or glossed over, severely negative events from past relationships (ie: being emotionally abused) showed an increase in depression overtime. This is because those who minimized important things and didn’t take control of the situation were more prone to have those negative situations reoccur, causing more symptoms of depression over time.

So many of us do view the past with rosy-shaded glasses and in doing so, often ignore relationship problems, serious red flags, and
relationship advice from friends, preferring instead to re-play a reel of all the good times (mainly the honeymoon phase). Looking at the good makes things easier for us, as it blocks us from having to deal with negative emotions such as anger and sadness. But as this new study shows, doing so can have some long-term negative effects.

If you’re still tempted to throw on those rosy-coloured shades when it comes to relationship advice, you’re not alone. It’s a natural form of self-protection. When negative things happen within your relationship, it is normal to feel a sense of shame and/or embarrassment. For fear of others judging you, your partner, or your relationship problems, it’s tempting often hold back (or edit details) when sharing these things with others. Also, there’s the issue of self-esteem. When you look back at things in a positive light, you avoid self-doubt. By ignoring the bad you can uphold your sense of self-esteem, because you don’t need to accept the reality of the negative feelings that come alongside of it.

If you are dealing with a severe negative situation like infidelity or emotional abuse – the best way to help yourself is to face the reality of the event. Dealing with negative situations can be painful, but seeing them for what they are and allowing yourself to feel negative emotions in turn, will safeguard you from allowing these events to continue on. The continued presence of severe negative events in a person’s life led to more symptoms of depression. By being aware, you can protect yourself, as opposed to numbing yourself from the pain of it. We often fail to realize how much control we actually have over situations. If a significant other is talking down to us we can hang up the phone, walk away or break up with them, instead of putting up with it and feeling helpless.

It is easy to get mad at your significant other when they always run late, when they promise to cook you dinner than fall asleep on the couch or when they say they are going to call you right back and then you don’t hear from them all day, however, according to this study it is best to let those things go. These are considered minor day-to-day stressors, and holding on to them (as well as getting wrapped up in them) will only add to more stress and strains in your relationship. But if you experience more serious problems as outlined above, it’s best to face them head-on to avoid future depression and/or unhappiness.

I heart you: Online dating and infidelity


Relationships: Is monogamy out of style?

Are you competitive with your sex life? Find out here!