Relationship advice: How to get a date

New ways to meet the right guy and tips on how to get a date this season. 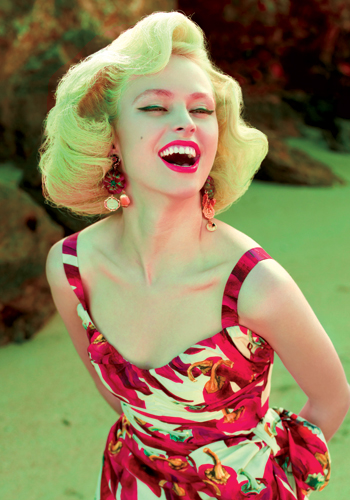 Looking for love in all the wrong places? Or perhaps not the wrong places, but you’re just having no luck finding “the one.” Your friends have set you up on blind dates, you’ve done the whole online dating thing, and zilch. So how to increase your chances of meeting your Prince Charming? We found a few new ways that answer your question — how to get a date?

How to get a date: There’s an app for that.

A
new iPhone app may help you find the one you’re seeking. Tingle, launched late last year, uses the “check-in” system (similar to GPS-based platforms such as Foursquare or Facebook Places) to help you meet people who frequent and are in the same spots as you. Your favourite bookshop might just be where you find a similarly minded academic, perhaps.

And if you’re concerned about safety, Tingle allows you to text and make phone calls without revealing your number (so if there happens to be some guy you’d rather brush off, he won’t have your digits, phew). Plus, it’s only when you accept a suitor’s “wink” (and vice versa) that you can start communicating and viewing check-ins and statuses.

“What we’ve instead created is an environment where people can chat and converse really efficiently and without a lot of strings attached,” says Tingle’s CEO Ian Andrew Bell. “If you can talk on your iPhone with someone or exchange messages easily, without sharing your contact info, if you can become enchanted with them after that initial wink based on the stuff they’re doing—these are simply accelerations of the ways people get to know one another in the real world. We create more serendipitous meeting points and allow people to "bump in" electronically. Where they take it from there is entirely up to them.”

Sue, a Tingle user, has had luck in the
romance department using the app. “I loved that I could wink or block people that weren’t fitting in with the style of person I was looking for. Didn’t spell properly? Block. Wasn’t interesting enough? Ask a few questions. Creepy? Block,” she says. And yes, she has met someone through Tingle. “We started communicating more, sending additional photos and then moved to the phone, until we were comfortable enough to meet in person. We hit it off and are both pretty giddy with happiness,” says Sue. The couple are now planning a trip to Chicago together.

How to get a date: Food for thought

However, if the way to your heart is through food, and you’re looking for an equally epicurean-inclined partner, cookanddate.com may be a better option for you. Launched in Montreal in 2008 and in Toronto last year, the company is soon branching out to Ottawa. The format is fairly simple: you attend an interactive cooking class where a professional chef (
Chuck’s Day Off Chuck Hughes has been one of such chefs) teaches you how to prepare a meal (themes have included everything from Greek, sushi and aphrodisiac menus to Boardwalk Empire nights for their Drink and Date series).

The attendees are divided into teams that are switched up throughout the evening (unless, of course, the cookanddate.com staff notice a certain couple is particularly hitting it off), so you get the chance to interact with several people over the course of the evening, and the pressure of making the same old conversation is alleviated given you have a task at hand: chop those onions and season that meat, for example. Although, there is, of course, the opportunity to get to know that guy you had your eye on since the start of the evening.

All of the events are open bar (“It often helps people loosen up a little,” says Cristina Muccia, founder of cookanddate.com) and typically last about three to four hours. And does it work? Muccia knows of about 15 marriages, and another 100 or so
couples who are still together from meeting at a cookanddate.com event.

Could your approach to dating be what’s holding you back? Find out on the next page…

How to get a date: It’s all about the approach

But let’s say it’s not the methods or places to meet people that are holding back your dating prospects, but your approach to dating. Stacie Ikka, co-founder of Happy Dates: A Dating School in Toronto, along with psychologist Andrew Shaul, coach individuals on
“how to give good date.” Through the use of a dating intelligence diagnostic tool the two have developed, they’ve identified four key dating challenges.

One challenge that may be holding you back, for example, is having an external locus of control. “It’s better to be more internally focused,” explains Ikka. “Say you’ve been on 20 dates this year and nothing’s panned out and you think everyone’s a loser, and that it’s everyone else’s problem—this is an external locus of control,” she explains. “Being internally focused would be to think in terms of “Ok maybe some of them were jerks, but perhaps I was negative going into the date,” says Ikka. It’s about checking your attitude and seeing what you’re bringing to the table.

Once your personal challenges have been diagnosed, Ikka and Shaul recommend which of their six courses would be most beneficial to you (for example, one is focused on dating fatigue, ie. when you’ve become so sick of the dating process and you’ve vowed to never try online dating ever again).

In the end, after all, it comes down to you. “The reality is that there is no magic algorithm that matches people more or less successfully,” says Tingle CEO Bell. “The thing that’s been statistically proven to
match people with the greatest success is the people themselves.”

Read more:
Dating and relationships: Dealing with unrequited love
How to be romantic: Five tips on keeping the romance alive in your relationship
Relationships and marriage: Can an open relationship be successful?