Relationship advice: Are you secretly sabotaging your sex life?

If you’re sleeping around looking for love, you might be hurting yourself. 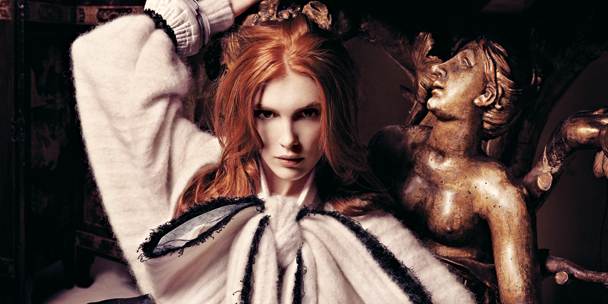 When it comes to sex, it’s completely a woman’s prerogative to sleep with whoever and whomever she chooses. And sometimes a roll in the hay with a random is just what the doctored ordered.

But for many women who say they prefer uncommitted, no-strings-attached sex are actually searching for something deeper. Whether they hope it will lead to something else, or hope it will help them get over something or someone – there is often much deeper meaning behind why we hook up with certain people.

A laissez-faire attitude towards sex can be dangerous because – though you might feel unaffected at the time – our emotions often have a way of coming into the mix. If things don’t go according to plan, it might leave you feeling worse off. So, before you beckon your bedmate, ask yourself whether you fall prey to any of the toxic sex categories below.

1. Rebound sex
As Hugh Hefner says: "The best way to get over someone is to get under someone else." Many of us seek rebound sex following a breakup in hopes of mending our broken heart or in a quest to ultimately move forward. Though rebound sex can be a great and easy way to gain confidence and put you back in the game, it’s called a rebound for a reason. These relationships don’t tend to work out, often leaving the guy you hooked up with in the dust, a simple tool you used to help yourself move on, so to say. Wait until you have taken time to heal and grieve your breakup before you jump on the rebound wagon.

2. Breakup sex
"But one last time won’t hurt," you tell yourself before getting together with your ex – yet again – for one last hurrah. But once you surrender to breakup sex, you are likely to give into it more easily time and time again, like an addict. By continuing to hook up with him after the fact, you are only dragging on the inevitable. The best thing to do is have a clean break; don’t give in to breakup sex (as tempting as it might be). If you have any hope of getting your relationship back one day, leave it with the strong, loving bond you shared and don’t water it down to just post-2am or lonely-night sex.

3. Rolodex sex
There is such a stigma surrounding the number of guys women sleep with, so many women opt to go back to our little black book to find a past lover to bed, instead of waiting to find the right match. We complain that we haven’t met someone worth dating, but we fail to see how we hold ourselves back. By continuing to hook up with past partners – that nothing ever worked out with anyways – you are limiting yourself from being open and available to other potential. If you know you have someone to go home to or meet up with at the end of the evening on a night out with the girls, chances are you’ll be caught up in messaging him as opposed to making yourself available to others. Cut ties, stop recycling and start fresh. Your number can stay safe with you.

4. Love triangle sex
You know he has a girlfriend, but you didn’t know that first time you hooked up with him, so you justify to yourself that it’s okay to be a repeat offender, since what’s done has been done. Except for that one little nagging word: "karma." If that’s not enough for you, know this: the guy who cheats on his girlfriend will likely cheat on you to, should he leave her for you. No matter how charming, accepting and into you he is, no matter how much he tells you things at home aren’t great, don’t buy into it. These things heighten your confidence as you think he’s willing to leave his love for you, but you don’t want to be labelled the other woman, or get involved in a situation better off avoiding.

5. Pity party sex
Late night romps always seem like a good idea, but in the glaring morning light, you are usually left with that familiar feeling: emptiness and loneliness. Sex will not cure your loneliness, but feeling fulfilled will. Instead of calling your sex standbys, connect with a friend instead. Call a friend, go to a yoga class or write it out. Do something that inspires and challenges you consistently and by doing so you’ll have more self-respect and attract a likeminded partner that you are fooling around with for all the right reasons.