Relationship advice: Are there born cheaters?

When it comes to relationships, are people inherently unfaithful? Experts weigh in on the born cheaters debate. 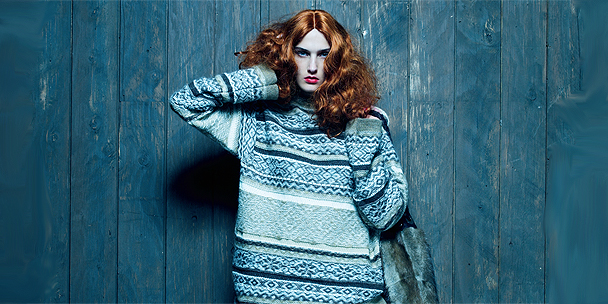 The image of that cotton bra will forever be burned into my mind, its delicate eyelet detailing tainted a pale grey-blue—the dirty colour you get when you accidentally wash whites with darks. I came home from school early one day to find it crumpled on the living-room floor. It was an underwire, I think, but it was hard to tell. I stopped and stared at it. The house was strangely silent—only the annoying ticking of the kitchen clock hung in the air. Finally, my father, shirtless, appeared from around the corner. “You should go upstairs,” he said, his face as pale as his slightly protruding belly. That was the first time I discovered that my father was cheating, but it wouldn’t be the last.

Until that day, I never suspected my father of infidelity. Thinking back on it, I don’t know how he had the time. He rarely went away for work and never stayed late at the office. He spent his time with us, going on European vacations, celebrating birthdays and doing all the things that “regular” families do. My parents were high-school h sweethearts, and, while I occasionally saw them argue, it didn’t seem any more often than other parents.

Shortly after the cotton-bra in­cident, I moved out. After I left, my parents stayed together. The official line was that they were trying to work things out because the affair—which my father had admitted to my mother—was over. But after a few years away, when I thought the worst was over and my family life had started to resemble something normal again—at least, it seemed that way during our phone conversations—I came home for a visit, only to find out from my mom that my father was cheating again.

“Once a cheater, always a cheater” became my mantra. And, though the weight of my father’s two-timing and my mother’s pain was sometimes unbearable, I was even more furious with myself for thinking that my dad could change.

Recently, I came across a magazine article called "Born to Cheat." The writer—who had been a serial cheater—suggested that she had inherited her propensity for infidelity from her father. Although her story offered no biological evidence of a so-called “cheating gene,” it made me curious. After a two-second Google search, I had leads on two possible genetic links.
The first came out of Stockholm, where researchers at the Karolinska Institute had discovered that men who carried two copies of a gene variant called “allele 334” were twice as likely to have had marital or relationship issues in the past year than those who didn’t. They also found that women who were married to men with this variant were, on average, less satisfied with their marriages. The allele 334 gene controls the production of vasopressin, which is a hormone that has been linked to bonding in prairie voles. (These are loyal little mammals that mate for life.)

The second study was conducted out of New York’s Binghamton University in 2010, and it measured individual differences in sexual behaviour based on genetic variations on the DRD4 gene. I decided to call the lead researcher, Justin Garcia, to get the lowdown. The evolutionary biologist confirmed that both women and men who have a variation on the DRD4 gene are more likely to engage in risky sexual behaviour, such as cheating. “We found that 45 percent of people with the risk-taking variant had one-night stands compared to 24 percent of those without the gene variant,” explained Garcia. “Further, 50 percent of those with the risk-taking variant had committed infidelity compared to 22 percent of those without. And when they do commit infidelity, they have nearly 50 percent more extra-pair partners.” It’s the same gene that has already been linked to other sensation-seeking activities, such as substance use and gambling. “The motivation stems from the system of pleasure and reward in which the risk is high, ensuring the release of dopamine—or what we know as a ‘rush,’” he said, likening it to skydiving. “Some of us jump out of an airplane and, once we get to the bottom, we think ‘That was fun, but I’m glad I’m on the ground.’ And then we always have that friend who says ‘Let’s go back up.’

Next, in my quest to understand the genetic and social links to infidelity, I turned to Parents Who Cheat, a collection of case studies and analyses by psychologist Ana Nogales on how children and adults are affected by unfaithful parents. “If you consistently choose boyfriends, girlfriends or mates who are unfaithful to you, it may be that you are trying to re-enact the betrayal that one parent inflicted upon the other,” she writes. “And if you are the betrayer, it, likewise, may be no accident that, as a child of infidelity, you consistently choose partners with whom you can replay your parent’s betrayal.”

I was beginning to feel a little hopeless at this point. If my father potentially has the cheating gene and I’ve witnessed my mother’s repeated forgiveness, are the cheating odds stacked against me too?

My mind raced back to the family rumours I heard as a teenager. I remember that my paternal grandmother disliked a certain woman because of the way my grandfather flirted with her. And then there was my great-grandfather, who, as a husband, would go on long “business trips,” leaving my great-grandmother alone with their young children for days. There was never talk of adultery, but womanizing, on the other hand, was a dominant and obvious trait passed down on my father’s side to him and his brother. (I’ve since learned that my uncle has a daughter with a mistress.)

On my maternal grandparents’ side, my grandfather was an adulterer—I know this from my grand­mother’s candid stories. My mother witnessed his infidelities for years before my grandparents finally sep­arated. As far as I know, my mother never cheated on my father, but, according to The Kinsey Institute, approximately 20 to 25 percent of h men and 10 to 15 percent of women engage in extramarital sex at least once during their marriage.

Dan McKinnon, a Calgary-based psychologist who specializes in relationship issues, believes that culture also plays a role in cheating. “It’s almost a truism that everyone is a product of their culture; as for a fish, culture is the water that human beings swim in,” he explains. He also points out that, although deeply religious cultures may seem less open to cheating, they are certainly not immune to the impulse. “I think that one of the biggest effects that culture has on cheating is within the realm of stigma and acceptance. It affects the forgiveness that that entails.” Although figures vary throughout Europe—where my parents are from—infidelity is not unfamiliar to a large portion of European so­ciety, according to The Kinsey Institute. (Interestingly, 61 percent of the participants in Garcia’s DRD4 gene study had European ancestry.)

Find out where she is now on the next page…

But I continued to wonder what all this information meant for me. I’ve developed a zero tolerance for infidelity in my own life—for others and for myself. I’ve always sought out partners who were the complete opposite of my father and I became fiercely loyal to each one of them, never so much as engaging in flirtatious behaviour with other men. My only brush with cheating (or so I convinced myself at the time) was when I once kissed a man who was separated from his wife. (I was single at the time.) Immediately after the less-than-passionate peck, all I could think about was his ex. I was torn up about it for days.

In Parents Who Cheat, Nogales surveyed 822 adults whose parents had been unfaithful. Although 87 percent of the respondents said that they believe in monogamy and 96 percent don’t think that cheating is okay, 44 percent had still been unfaithful themselves.

Four years ago, I married a wonderful, caring and supportive man, and, so far, we’ve had a healthy, loving marriage. Since becoming a wife, it is more difficult than ever to reflect on what my father did—and, sadly, continues to do—to my mother. (They remain together.) Recently, a friend confided that she suspects that her father is cheating on her mother. I candidly shared my story with her. “How can you possibly have a healthy, normal relationship?” she asked. “I’ve taken it upon myself to disprove the nature-nurture myth,” I answered only half-jokingly.

As far as we know, my husband’s family has no history of infidelity. My husband knows my family’s story well and, when I need him to, he reminds me that he is not my father and never will be (and that he has never cheated on anyone).

Even if cheating is part of our DNA as humans, I won’t be getting a cheek swab anytime soon to find out if it’s part of mine. (There are a number of businesses peddling testing kits—just Google it.) I believe that we are part of a highly evolved species that can make complex decisions and learn from our mistakes. Even Garcia believes this and points out that his findings aren’t meant to let transgressors off the hook. “We’re never really prisoners of biology, whether it be the male-female difference or our genetic variations,” he says. And when I doubt myself, I think about nature’s rarities, like blue-eyed babies born to brown-eyed parents or, from the nurture perspective, children raised in abusive homes who grow up to be caring parents themselves, determined to move beyond the past rather than repeat it.

Read more:
Relationships and privacy: How much sharing is too much?
Relationship advice: The key to happiness
Social media and your exes