"Only invest what you can afford to lose." 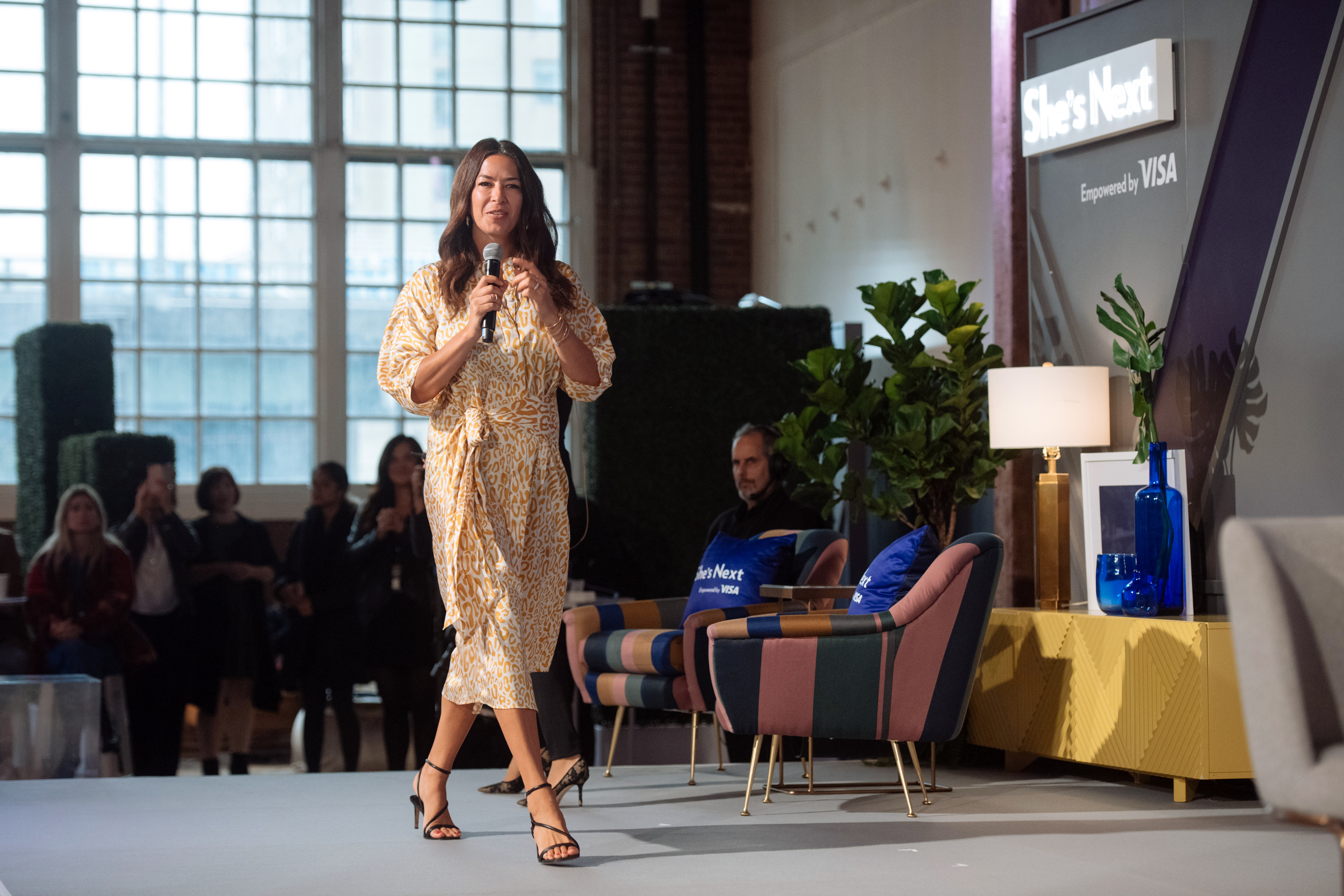 When it comes to managing finances, designer Rebecca Minkoff isn’t holding back. “I don’t know how boys get the message that they can talk about money and their earnings and [women] don’t get that switched turned on,” she tells us. “We shouldn’t default to talking about hair tips and our children. Instead, we should default to asking questions about how we get our next raise, or much do we have in our savings accounts. That’s the only way you learn.”

Minkoff was in Toronto last week for Visa Canada’s She Next event, which supports the advancement of women-owned small businesses. We caught up with Minkoff to find out her best money advice.

What has your relationship with money and finance been like throughout your life?

The best thing an ex-boyfriend ever did was force me to open an automatic savings account that drew $20 every month. As I got more successful, I just added to that amount. When I went to purchase a home, I had enough money for a downpayment. That was just the beginning of my financial education. Now, I’m doing some angel investing and still learning. It’s a journey I’m becoming more comfortable with. I have to really focus on it, pay attention to it and not be scared to ask questions.

How did you get more comfortable with dealing with money?

I had a woman who was the president of my company, and she asked me really uncomfortable questions. To see her in meetings asking things that would make me cringe made me go like, “Oh, she asked the question, but we got the order.” And so, I learned that you can be surprised that you can ask for a lot more than you think.

Have you noticed that women tend to have a lot of the same money-related struggles?

Yes. First and foremost is funding, different access to capital, learning the language of finance. It’s something I’m still trying to wrap my head around. It’s not natural for women who didn’t go to business school, or who weren’t on the stock market. It’s like learning a new language.

When did you realize it was time to learn more about finance?

Probably three or four years ago. I was like, “Oh man.” My brother is my co-founder, and I relied on him to make certain business decisions.  I should have been a lot smarter earlier on because I would have made very different decisions in growing my company had I been more educated.

Did something happen to make you think that?

It was a gradual realization. It was around when we took capital and how that happened and the deal that was agreed to. I was like, “I’ll leave it up to you.” Had I been in those meetings and understood what was at stake, what we were giving up or not, I could have been far more powerful in the room.

What’s the best piece of financial advice you’ve ever gotten?

Only invest in what you can afford to lose. It’s a scary thing. My default was just to keep something in my savings account, but then you’re actually losing money. You have to play the market if you want to keep up with inflation. Invest in something you can afford, so if it goes away, you can still pay your rent and eat.

What’s the worst piece of financial advice you’ve ever gotten?

I hope to be proven wrong, but I did invest in cryptocurrency and I really regret it. I was also dumb about it. I invested at the high thinking it would go higher, and so far I’m losing money.

If there is one money-related question every woman should be asking right now, what should it be?

How much money do I need to save to be comfortable later in life, but also how much do I need to put aside now just to enjoy life? We shouldn’t be living at these extremes where you put all your money away [for later] and have nothing [now].