Q: So why haven't you done IT yet?

What exactly is stopping you from following your dreams? It's time to seize the day and throw caution to the wind. 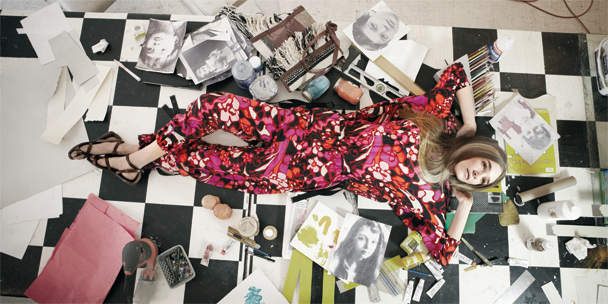 For many of us, our lives are littered with regrets over unfulfilled ambitions. We wish we had played in a band, driven across America, made a million, sailed the world. For every person who takes action and does whatever it is he or she wants to do, there are many more of us who keep on dreaming but do nothing. So what is it that stops us from reaching out and grabbing hold of our ambitions? Fear, usually—and the little voice in our head that says we may not be any good. We may not even like it. It’s easier not to try.

I know that voice. By the age of six, I’d told myself I was never going to be good enough to join the circus. I turned my sights to farming, but, after a school project that involved digging up potatoes in the rain, I wondered quite seriously if that was going to make me happy. Ice skating was my next ambition, but the nearest rink was 60 kilometres away and I only got to go once—as a treat for my ninth birthday.

Finally, by the age of 12, I decided on my vocation: I would be an actress. I didn’t really know what an actress was. We didn’t have a TV and I barely ever went to the theatre, so, with no contradictory evidence to undermine me, I sustained my dream. I worked ferociously to achieve it, travelling to London to see plays and forcing my class to do The Taming of the Shrew so that I could play the lead. Through sheer determination, I got into drama school and worked—often for little to no money—on the fringe in repertory theatres and, occasionally, when luck came my way, in mainstream theatres or on TV.

Was it supreme confidence that propelled me? Looking back, I see that it was pure naïveté. Knowing too much, thinking too much—that is the most certain way to put yourself off. And, as it happened, I was guilty of neither. So where was my disempowering, undermining voice? It was still there, but now I could only hear it when I wasn’t working. When I was touring the country, I was doing what I had dreamed of and I was happy. But it’s rare that an actor works for more than a few months at a time— and rarer still to know when the enforced holiday that follows each job will end. And so, it was to fill those nerve-racking, doubt-inducing months of unemployment that I began to write what became my first novel. What made it possible was that I had made a decision: I would write for three hours first thing each morning until I got an acting job. Was I terrified of failing? Not really, because I didn’t even allow myself to admit that what I was writing was a novel. But after six months of sticking to my schedule, I realized that I’d find it hard to stop—even if someone did offer an alternative. Within a year, I had finished. “What if my book is terrible?” I worried as I sent it off to agents. But deep down—although I hoped it wasn’t—it didn’t really matter. I had done it: I had set myself a challenge and I had risen to it. I had never felt so proud.

And that, I realized, was the key: the “sticking to it” part. Talent only accounts for a fraction of the process; discipline is what brings things to life. Having discovered this simple but dizzying fact, I not only embarked on a second novel but also began to consider other ambitions: I tried the piano, singing, ballet, tap. I even took an ice-skating class where all the other students were seven. Even though I didn’t find anything else I loved enough to turn into a new career, it was so much better than sitting at home. It’s what people don’t do that they regret—rarely what they do.

I’ve also learned that it’s never too late. When my doubtful voice kicks in (“What’s the point?” or “I’ll be terrible”), I remember my mother telling me that she thought her life was over at 35 and how, since then, she has taken university courses, trained as a dance teacher and a garden designer and, on her 60th birthday, spent six months in an orchid nursery in the cloud mountains of Mexico.

Just recently, I took up Bikram yoga, where you stand in an overheated room for 90 minutes and do a series of fast and taxing postures until the sweat pours from your body. As I attempted my first class, I thought of all the other exercise regimens I had attempted over the years—aerobics, swimming, Pilates, running—and how each time I had imagined myself excelling at them until I was at the top of the class and how each time that hadn’t quite proven to be the case. But as I stood in tree pose, I quieted that critical un-yogic voice and accepted that it’s not always about succeeding or being the best; often, these things are worth doing just for the pure pleasure of doing them. And because you promised yourself you would.

So drive across America, if that’s what you really want to do. Learn Italian. Direct a short film. But whatever you choose—and however long you stick with it—remember that the biggest challenge of all is to ignore that doubting voice telling you that you can’t and enjoy the adventure.