Opinion: Why you should care about who's watching you online

Journalist Bethany Horne on what she learned about Internet privacy while working  in Ecuador. 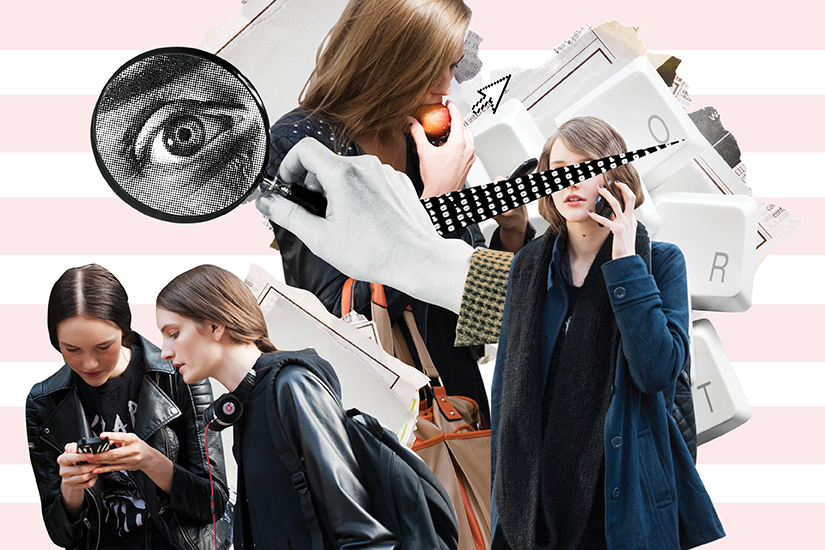 When I was six years old, my parents, who worked as Christian missionaries, moved our family of five from Kingston, Ont., to Guayaquil, Ecuador. Growing up, I remember building kites with bamboo sticks and garbage bags during long afternoons at the beach, climbing into wobbly-branched mango trees to retrieve the golden fruit and taking family holidays in the Andes. But there were also national workers’ strikes that overthrew governments and landslides that wiped out roads and villages.

While this may sound exotic to some, it was the only life I knew. Growing up in Guayaquil meant we were limited to local newspapers and a few channels on television to help us understand our world – that is, until the Internet arrived. To say I loved the Internet at first sight would be an understatement. I was only 12 years old, but within moments of logging on, I began to feel like a global citizen. Suddenly, letters from my grandparents in Canada took seconds instead of weeks to reach us. We could even livestream CBC Radio with some success.

Throughout high school, to my parents’ dismay, I’d hog the dial-up for hours to talk to strangers in chat rooms. While many of these chats were about innocent topics like The Lord of the Rings and Narnia, it still felt liberating. A pale-skinned blond kid with blue eyes, I stuck out wherever I went in Ecuador. But online, I felt like I could be anonymous and experiment and communicate with just about anyone without the sense of being watched or judged. Those were the early days of the Internet, though, and it would take around 15 years for me – and the rest of the world – to learn about mass surveillance.

In the summer of 2013, I was working as a Web editor at an Ecuadorean newspaper when the now infamous Edward Snowden story broke worldwide. Snowden, who fled his job at the U.S. National Security Agency (NSA) with thousands of top-secret documents, blew the whistle on the NSA’s illegal mass-spying initiative. Finding out that the platforms I had entrusted with my photos, love letters and private thoughts were being co-opted by American intelligence services felt like a betrayal. These were places where I had built identities and friendships, and not only were they being monitored but the information was also being used by powerful government agencies for their own political interests.

Today, as a Berlin-based Canadian journalist who covers human-rights and civil-liberty stories, I am often asked “Does mass surveillance online matter?” And, more often than not, this is followed by “But don’t we need surveillance to protect ourselves?” Yes and no. With the attack on two Canadian soldiers in Ottawa in 2014, the Charlie Hebdo shooting in early 2015, the mass shootings in Paris last November, as well as a number of more recent attacks in Brussels, Orlando, Fla., the Istanbul Ataturk Airport, Dhaka, Bangladesh, and Nice, France, to name but a few, online surveillance has now become a key component in the way governments wage war against terrorism. But what happens when ordinary citizens get caught up in the surveillance?

Shortly after I left my newspaper job in Ecuador, my heart was tugged by a story about a massacre in the country’s Amazon rainforest: Uncontacted indigenous people had been killed by a neighbouring tribe, and two small girls had been kidnapped. In January 2014, I wrote an article for Newsweek in which I highlighted the shortcomings of President Rafael Correa and the Ecuadorean government’s handling of the aftermath as well as the government’s harmful oil drilling in the rainforest that ignited the tensions between the tribes in the first place. Having his failures laid bare to an international audience angered Correa, and he spent 12 minutes during an Ecuadorean-television broadcast dismissing my article.

I instantly became a target. After the broadcast, intelligence officers visited my former workplaces to try to find out information about me. I believe they mined my social-media profile and that my phone calls were intercepted. My social-media and email accounts were inundated with hateful messages and allusions to violence and deportation threats. Content calling me a liar was uploaded to YouTube. As a result, I gave up my smartphone for a while. Ecuador has an active domestic spying agency called SENAIN, and I found my picture and a profile in leaked documents from the agency. (These were published by an Ecuadorean whistle-blowing website.)

When my work visa expired in April 2014, I decided not to renew it. I didn’t feel safe in Ecuador anymore and returned to Cambridge, Ont., to try to regain some control over my digital self. The Internet is a powerful tool for communication and self-expression, but when it’s turned against a people or an individual, it becomes formidable. While I can’t say that what happened to me in Ecuador would ever happen in Canada, a platform this powerful is ripe for abuse by powerful states and corporations.

This is not to say that we don’t need online surveillance. But I believe that the type of surveillance we need to protect ourselves should be limited in scope, approved by a judge and its results made available for requests so it can be examined by the public to ensure its compliance with our democratic values. Just because we have the technology to do the equivalent of kicking down the doors of every household worldwide and listening in on their conversations doesn’t mean we should. Our computers and our phones contain as much intimate detail as our homes – the protections should be equivalent.

But we seem to be moving in the opposite direction – even in Canada. Take, for instance, the controversial anti-terrorism act, Bill C-51, which received royal assent in Ottawa last year and is now law. When it was first introduced by the then Conservative government in early 2015, many reacted negatively, saying the new laws enacted by the bill would undermine the basic human rights of Canadian citizens. And even though the law was passed with both Liberal and Conservative support, more than 100 academics, as well as Amnesty International, have spoken out against the bill, outlining concerns over privacy rights and freedom of speech both online and off. Before the federal election last October, Justin Trudeau’s Liberal Party campaigned with promises to “repeal the problematic elements of Bill C-51 and introduce new legislation that better balances our collective security with our rights and freedoms.” But the party has yet to reveal its proposed amendments – and a public consultation is expected to continue until the end of the year.

Today there is a growing resistance against mass surveillance. After being trailed by state security in Ecuador and trolled online even while I was living in Canada, I decided to move to Berlin, Germany, where there are stricter privacy laws. The capital has become a hub for hackers, journalists, activists and human-rights workers who have gathered together to collaborate and exchange ideas about online surveillance and the future of the Internet. Some people here are working on technical solutions to the problem of surveillance by building decentralized communication systems that allow for strong encryption. Others work on policy solutions by helping to write legislation or establish case law that protects people’s privacy. A lot of the current work in this field involves trying to roll back the power of intelligence agencies like the NSA, Canada’s CSIS or the German BND. Others, like myself, work on public education: We write stories and create media that teach people about the danger we all face if the Internet becomes entirely co-opted by powerful organizations.

For me, my fight for free and private spaces online is, at first, a selfish one. I’m fighting to save that early Internet I fell in love with – the one that showed me the beauty of human connection and the power of collective action. But it is also a fight for democracy. Because how we collectively view and use the Internet is intrinsically linked to how we define equality, freedom and justice.

PRIVACY BADGER
This browser plug-in for Chrome and Firefox developed by the Electronic Frontier Foundation blocks advertisers and websites that try to track your activities.

TOR BROWSER
Using this browser is an easy way to protect your anonymity online. Use it instead of your regular browser to surf the Internet completely anonymously.

ENIGMAIL
Use Thunderbird’s Enigmail plug-in and encrypt your emails with OpenPGP (stands for “Pretty Good Privacy”), which can turn plain text into ciphertext.

OFF-THE-RECORD
If you really want to have fun with encryption, get a group of friends together (make sure there’s a techie on hand) to learn about Off-the-Record (OTR) encryption.

CRYPTOPARTY
Keep your eyes open for (or organize!) a Cryptoparty in your city: That’s where information about online privacy is catching on and spreading all over the world.

OPENMEDIA
This Canadian platform creates community-driven campaigns to raise awareness of mass-surveillance online. It is running a campaign asking MPs to repeal Bill C-51 and forbid the government from spying on the private communications and activities of people in Canada, whether domestic-ally or through international partners, without a warrant issued by an open court.

Originally published in the October 2016 edition of ELLE Canada.