One life to live: How one woman learned to be single

Tired of the waiting game, here's how Tara Henley took control of her life. 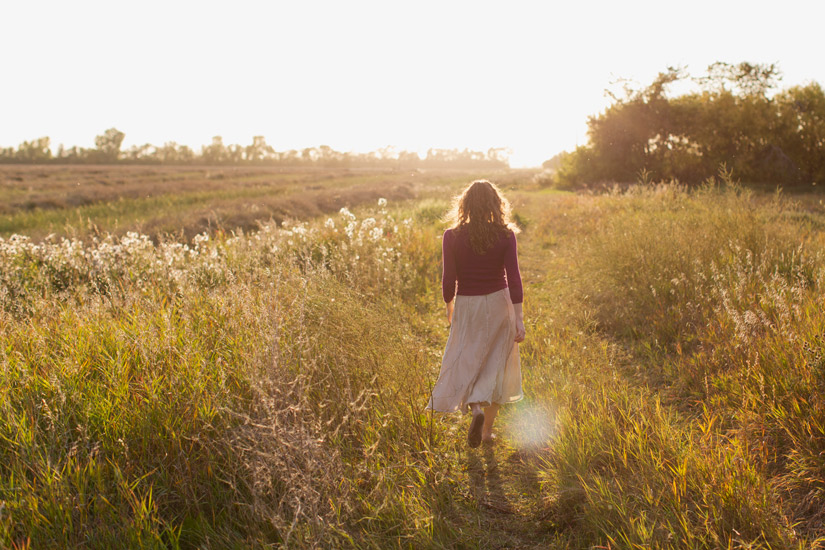 I can’t stop crying even though this is a joyous occasion.

It’s a bright summer day, and I’m on a picturesque estate in the 18th-century town of Maynooth, Ireland, where my younger brother is marrying a wonderful woman, the mother of his baby daughter, and joining a large Irish family whom I adore. It should be a moment of gratitude. But, instead, it’s a reckoning. I’m 37 years old, single, childless and baffled by my life. The thoughts “What did I do wrong?” and “How did I end up here?” keep running through my head – the same thoughts that have haunted me for years. I have always wanted marriage and motherhood and assumed that it would fall into place someday. And yet it hasn’t. But as I walk across the property’s rolling green hills and breathe in the sunny air, I have a moment of clarity. I can accept this reality – embrace it even. So I decide: I will stop waiting for someone to build a life with and build one myself.

In a sense, I had primed myself for this moment. Shortly before attending the wedding, I had quit my magazine-editing job. Six years of 60-plus-hour workweeks – even at a job I loved – had drained pleasure from my life. I was burned out and lonely, and I’d given myself the summer to regroup. It was this break that helped me reach a turning point in Ireland.

When I arrived back home in Toronto, I began to research single living. I stumbled upon something surprising: According to Statistics Canada’s most recent census, 44 percent of Canadian women are now single (unmarried and not living with a common-law partner) – that’s compared to 33 percent in 1986, which is just a year before the divorce rate peaked. And today, one in five will reach their mid-40s without having kids – double the amount of the previous generation, according to a CBC report. A major demographic shift is underway, even if I was unaware of it. I had been experiencing my circumstances privately, individually – wondering what was wrong with me – but this is a collective phenomenon, the result of dozens of societal factors. This discovery helped me to stop asking myself why I was single and start deciding what I was going to do with the life I have.

READ MORE: How a #hashtag revolution is reinventing feminism

I found a role model in my friend Carla Turner, a CBC producer. She has a hugely exciting career – think sitting in the White House press gallery a few feet from Obama – but she also has a rich personal life (without kids or a husband) that is full of globe-trotting colleagues, friends from all walks of life and cycling and hiking adventures. “I had to learn how to be alone after my divorce,” she told me. “I had to learn the difference between just being single and being single and happy.” Talking through my life with her helped me craft a road map for my new path.

I decided to go freelance. I sold things, streamlined bills, committed to public transit and rarely ate out. What I gave up in lifestyle I gained in time. My isolation vanished as I caught up with family and friends, went on dates and reconnected with myself. I spent hours cooking elaborate Thai dishes like khao soi while listening to radio podcasts. I took up yoga and joined a meditation class. I travelled to New York to roam the streets and sample German-chocolate and red-velvet cakes in boutique bakeries. I went to Tofino, B.C., to hike in forests and walk the beaches in the rain.

Next, I looked for ways to sidestep those soul-crushing Bridget Jones- singleton moments. Since my first tour of duty as a maid of honour at 22, a friend has called every six months to announce her engagement, triggering another round of bridal showers, bachelorette parties, weddings and baby showers. The events always leave me feeling profoundly disheartened. So I quietly retired from the shower circuit, politely declining all invitations other than the wedding itself. I had agonized about taking this step, but, to my amazement, it barely registered with anyone in my circle. I certainly didn’t lose friends over it. And it has had a big impact on my well-being.

Then I mustered up all my courage and confronted the issue of motherhood. My desire to have a family had given me an extreme case of ticking-clock syndrome. I was constantly doing the math, running through the timeline: “To have a child before 40, I’d need to be married in six months, pregnant in a year….” I worked hard to hide this from the men I dated, but my forced casualness wound up creating distance.

I had to find a way to take the pressure off. I read Instant Mom, Nia Vardalos’ memoir about adoption. I talked to a colleague who had adopted two children – we had some great talks about his two teenage girls and how happy he and his wife were with the decision. Then I attended a lecture by Leigh Anne Tuohy, the real-life mother played by Sandra Bullock in The Blind Side. Someone in the audience asked her, “Are you still close with your adopted son, Michael?” Her fierce reply has stayed with me: “Are you close with your children?”

I thought back to an experience I had in my early 20s, when I backpacked through Southeast Asia and volunteered in an orphanage in Chiang Mai, Thailand. I bonded with a two-year-old boy named Sutin. When I arrived in the morning, he’d race across the room, pushing other children out of the way to leap into my arms. He was desperate for attention and affection. One day it fully registered what this meant: He had nobody to turn to. He had no consistent adult in his life – no one who was focused solely on his runny noses, his crayon creations and his chirpy insights about the world. I could be that for someone. I decided if I still wanted to be a mom when I turned 40, I would adopt.

I also realized that there were people in my life right now who could benefit from my maternal care. I started giving it freely, hosting dinner parties for foreign students, packing dinners for a neighbourhood homeless man, baking cookies for my doorman. It was a relief to share my maternal side – and to connect with others in such a joyful way. It helped me to stay focused on the good in my life and not slip into melancholy again.

As a result of all these efforts, I connected with people in my network who were in similar single-and-childless situations. As I listened to their pain and shared what I had learned, I realized that I had left my own unhappiness behind.

It all happened gradually, over the course of 18 months. And, of course, I had occasional relapses. I discovered that I need to avoid romantic comedies or any other film or TV show that suggests that the only possible happy ending is marriage. I’ve been watching a lot of documentaries instead.

As my shift in perspective became permanent, I realized that I had been building an exciting life for years – even before I quit my job – and I just hadn’t been able to see it. Family and friends had been trying to tell me this for ages as I travelled the world for work, interviewed interesting people and decorated my downtown-Toronto condo. Suddenly, I could see that it was true. I had been so focused on what I didn’t have that I hadn’t noticed what I do have. I have always needed alone time to recharge. And now, in addition to everything I had before, I have finally carved out whole afternoons to stroll through the Art Gallery of Ontario or pore over The New York Times.

I recently read What Comes Next and How to Like It, a new memoir on aging by Abigail Thomas. She lives alone in a rambling home in Woodstock, N.Y., with her four dogs. She weathers the ups and downs of life with visits from her four children, 12 grandchildren and her best friend of 35 years, Chuck. She has ample time to paint and write. She scours flea markets for treasures, cooks soup and sleeps all day when she needs to. And you know what? That doesn’t sound so bad.

My whole life I had been waiting to be chosen by someone. But I didn’t really start living until that day in the Irish countryside, when I chose myself and began to find my own definition of happiness. It’s not what I thought I wanted, but it suits me.

READ MORE:
7 Tinder dos and don’ts you need to know
How to be happy in 2015
One woman’s struggle to feel feminine after battling breast cancer