One child-free woman's struggle to get her tubes tied

As told to ELLE Canada. 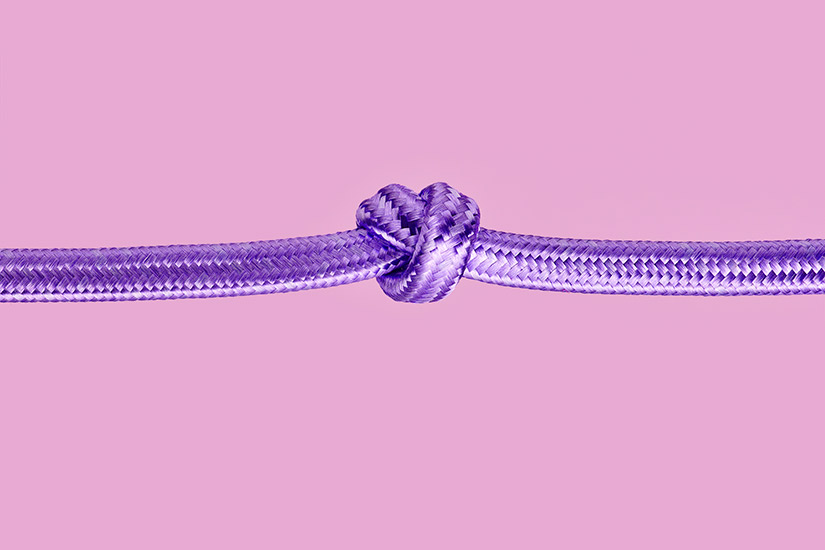 I’ve always known that I don’t want children, even when I was as young as eight or nine. When I played house, I’d pretend I lived downtown with my boyfriend and dog — no babies or kids. My Barbies lived with their friends or had a pet. I was a lifeguard during high school and university, but I never instructed the small children. It was a running joke — everyone knew not to give the babies or the little kids to me to teach. When I got older, conversations about having a family came up in my relationships, but I always told guys I couldn’t see myself having kids.

“I’m 32 now. A lot of my good friends have babies; they’re cute, but I don’t necessarily want to hold them or interact with them. I just don’t feel that connection. And I like my freedom — I like being able to go out after work and have drinks with friends or splurge on that Gucci purse. Luckily, my parents have never pressured me. They’re fine if they have no grandkids; they’ve always told me to live my own life.

“I started thinking about getting my tubes tied when I was in my early 20s. I went on the pill when I was 18 — mostly to help with severe period cramps. Then, two and a half years in, I started to spot. It was like having another period: I was always wearing tampons or panty liners. Not fun. So I tried going off and then back on the pill and switching brands. It just didn’t agree with my body. That was when the doctor suggested permanently going off. Once I did, it took a few months to have a normal period and cycle.

“I approached my gynecologist shortly after. It was one of those times when you’re sitting in the waiting room forever and when you finally get called, it feels like the doctor is ready to run out the door as soon as you start talking. ‘We’ll figure this out,’ she said, although she was shaking her head no as she spoke, her short curly hair bouncing. ‘Use condoms for now.’ So I did, most of the time. (There were a few times when things got out of control and I had to take the morning-after pill.) I suspect my gynecologist thought I would grow out of wanting my tubes tied. She suggested trying the pill again or even an IUD with a low dose of hormones, but I didn’t want to go through that for three or four months and have it not work. I’d also read that hormones can make you moody or bloat or get acne, and I’d heard so many urban legends about IUDs hurting or popping out. Neither option seemed worth it to me.

“When I moved to Toronto in my mid-20s, I got a new doctor and told her that I wanted the procedure. Again, I got the same response: ‘It’s not something we really recommend’ or ‘Why do you want to do this? It’s permanent.’ Last spring, when I went for my physical, she reluctantly referred me to a gynecologist. He was polite but blunt when I explained my situation. ‘Whoa, let’s chat about this,’ he said. ‘I get where you’re coming from, but I’m not doing this. It’s risky, and I don’t feel the need.’ The argument? He didn’t want me to have unnecessary surgery if I had no health issues. He also reminded me that tubal ligation is permanent and suggested that my partner get a vasectomy because it’s less invasive.

“I’ve been with my partner for six years, and we’re still using condoms. The thing is, my boyfriend has always wanted kids. In the early days of our relationship, I told him that I didn’t want to be a mother; we agreed that we would see where the relationship went regardless. We’re still together, but what if he’d had a vasectomy because he thought he was meant to be with me and then we broke up and he couldn’t have kids with someone else? I don’t think it’s fair to ask him to have one.

“After that appointment, I followed up with my doctor and asked for a referral to another gynecologist, just to get another opinion. It was the same story. ‘Why don’t you freeze your eggs before you get your tubes tied?’ this doctor suggested in the nondescript examining room, peering at me over his glasses. I was annoyed, but I calmly outlined my concerns: The process is costly and, more important, an unnecessary backup for me.

“What bothers me most is that both gynecologists were listening but they weren’t actually taking me seriously. I’ve gone through all the proper channels—first my doctor and then referrals—and I’ve never felt that what I wanted was a priority. I feel defeated, like even if I were to push and say ‘I want to do this now,’ they’ve already made up their minds and won’t do it.

“It’s not like I need them to agree with what I want; I just need someone to perform the surgery. So I’m in limbo. I’m hesitant to even ask my doctor to refer me to someone else because the gynecologists were so adamant. The experience has also made me wonder if a man my age would ever be treated so dismissively if he wanted permanent birth control. Yes, I know the procedure is less invasive and potentially reversible, but both sexes should be able to make this call themselves. It’s old-fashioned to think otherwise. It’s 2017. Not every woman dreams of being a mom. And it’s time doctors caught up with that reality.”

A doctor pledges to “first do no harm,” so you can imagine the conundrum tubal ligation (the technical term for tying your tubes) presents. “Every gynecologist has probably had somebody in tears in his or her office saying she wished she’d  never had a tubal, and I think that can affect the way you feel when you’re counselling the next patient,” says Dr. Ashley Waddington, assistant professor of obstetrics and gynecology at Queen’s University. In fact, according to the U.S. Centers for Disease Control and Prevention, 20 percent of women under the age of 30 who have had the surgery say they regret it. That figure falls to 6 percent in older age brackets.

“Some doctors have interpreted that [stat] as ‘We won’t even offer this to people under 30,’” says Waddington, who argues that young women who haven’t had children should have the same access as anyone else to the surgery. “If somebody really wants their tubes tied and I think they are adequately informed, I will provide the surgery.” The key word is “informed.“ Here’s what gynecologists want you to know:

Tubal ligation is permanent. In most procedures, two small incisions are made in the abdomen and the fallopian tubes are clipped or cauterized to prevent eggs from entering. While technically this can be reversed, it’s not covered and can cost you up to $6,000, and there is no guarantee it will work because scarring can permanently damage the tubes.

There are risks. Getting your tubes tied is quick surgery — about 30 minutes — but it’s still surgery. You’ll be under general anaesthetic, and the surgeon is operating near your organs. (Note: With the newer hysteroscopic tubal—in which the fallopian tubes are accessed through the vagina—typically only local freezing is required, but it’s not available in every hospital.) “In my experience, you’ll never find a surgeon who would choose surgery if there is an equally effective alternative method,” says Waddington.

You have contraception options. The experts we spoke to all recommend the IUD; statistically, it is slightly more effective at preventing pregnancy than tubal ligation. (Not to mention it can also make your periods lighter, and, while it doesn’t last a lifetime, you’ll get at least five years.) The vasectomy, meanwhile, was touted as the top form of permanent contraception. It’s an outpatient procedure (read “super-fast and not dangerous”) that requires only local freezing, and the failure rate is very low (one in 2,000).

The takeaway? It’s your call and yours alone. “Once a doctor has explained all the risks and benefits, it’s a woman’s decision,” says Dr. Amanda Black, professor of obstetrics and gynecology at the University of Ottawa and chair of the Society of Obstetricians and Gynaecologists of Canada’s Contraception Awareness Program. Getting your tubes tied doesn’t require spousal consent, but a doctor has to refer you to a gynecologist. If your gynecologist refuses, Waddington recommends requesting a referral to a family-planning specialist, who may be more open to doing the procedure.