On the road to motherhood: End of days

Kathryn Hudson struggles with the new priorities that come with starting a family. 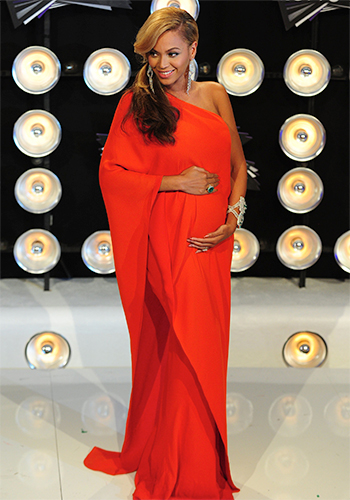 When I found out I was pregnant, I was wearing a sweatshirt that had “This is the end” lettered across the chest. I stumbled out of the bathroom, pregnancy test winking its positive results accusingly in my hand. My husband took one look at my expression and dissolved into a messy state that fell somewhere between giddy and fucking delighted.

I cried for two hours, mumbling that they were tears of joy, although I’m pretty sure those don’t present in jagged, hacking sobs. I still don’t quite understand my reaction. After all, I’d wanted a baby, and I’m not innocent enough to misunderstand the ways in which we’d been trying for one.

I tried to rally, telling myself that, these days, pregnancy might be one of the best things that can happen to your career. Especially if you’re Beyoncé, who presented her bump to the world like Simba on a clifftop. Or Blake Lively, who had an elaborate shower mere days after announcing her pregnancy seemingly just to populate her lifestyle website with breezy backlit pictures. Or Coco Rocha, who, to share her news, posted an Instagram video of her leotard-clad body spinning slowly on a platform.

READ MORE: On the road to motherhood, a walk to remember

The ravenous cultural fascination with celebrities and their bodies seems powerful enough to get even the limpest Hollywood career pounding like a marathoner’s heartbeat. Jessica Alba, for instance, is known for her role in “you know, that movie with that guy” and yet has built a $1-billion product empire around her transition into motherhood.

“It’s exciting,” a woman breathed conspiratorially to me in the office kitchen when she spied my swelling belly. “You’re going to have all new priorities and not care about anything you used to.” I gaped at her. Her enthusiasm twisted into a raw-edged threat. The prospect of becoming someone else was terrifying.

As a writer, I’ve worked hard to harness my voice. What if motherhood made it sound as unfamiliar as a tinny old voice-mail message? I became consumed with the worry that getting pregnant was somehow admitting I wanted to lose the professional ground I was gaining – that I was choosing poo over promotions.

My impending familial joy I felt like another priority that threatened to derail my career, because the fact is that, while expectant superstars often get a box office boost from their bump, it’s not a career coup for real women. I’d likely be left scrabbling around with deadlines, diapers and frizzy hair like some perverted version of a Cathy cartoon.

I started resenting celebrities who preened and caressed their pregnant bellies, with paparazzi in tow, like hens sitting on golden eggs. Screw North’s and Suri’s moms, I grumbled. They have staff and somehow get to “have it all” – a concept my generation is slowly acknowledging is seemingly impossible. (Granted, this was a particularly unfair way to feel for someone who has spent many days interviewing thoughtful and interesting actresses.)

READ MORE: On the road to motherhood: A false glow

Then, when I was nearing the end of my pregnancy, I had a liberating moment in a Las Vegas bathroom. (Weird, I know.) I was there on business. It was late. Everyone else was popping bottles. My silk dress stretched conspicuously across my round midriff in the crowd of hard bodies. Nonetheless, I was having a good time, soaking up the heavy bass and watching absurd laser-breasted aerial performers.

As I waddled into the coed bathroom, I could feel a set of eyes burning into me. “God…. What are you doing here?” asked some half-drunk clubland douchebag accusingly, panning over my ripe belly.

I’m not sure if I’m proud of what followed, but here is a statement of the facts: I realized I could learn something from celebrities who deal with relentless criticism about their choices. And I held up two middle fingers and walked out.

I was sick of judging myself. I was finished with feeling awkward about being pregnant and fretting about whether it signalled a lack of commitment to my craft. I probably would have felt more empowered if I’d ripped open my coat like Beyoncé instead of stumbling awkwardly into my boss’ office and confessing that I’d gotten myself knocked up. (My boss, by the way, showed nothing but unwavering support.)

Mostly, I stopped wishing that other women – no matter how famous – would fail just so I’d feel better about my own fears. Because, if I’m being honest, one of the most reassuring conversations I’ve ever had about motherhood was with Drew Barrymore, who cried and told me she felt “like a total box of hair” and then looked into my eyes and promised me it would be wonderful anyway. Or the seemingly perfect Jennifer Garner, who sat across from me in a crisply pressed cotton dress while acutely pregnant and admitted she felt “neurotic.” “It must be a hormonal thing,” she sighed.

READ MORE:
Becoming a surrogate: It’s complicated
On a road to motherhood: A walk to remember
Put a ring on it: How one woman proposed to herself