On and off relationships 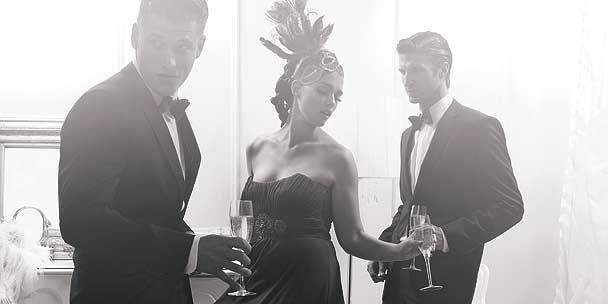 You’re out one night and click with a guy who openly admits that he’s “sort-of” single. As you spend the whole night talking and then swap BBMs at last call, you are happy, but there is one
giant red flag you can’t ignore: he’s in an on and off relationship (à la Jessica Biel and Justin Timberlake). Getting involved with a guy who is constantly in a grey area with his ex is something you should think twice about. Here’s why:

When we first meet someone it is often easy to misinterpret their openness or including us in their plans as symbols of feelings, but it is important to see the reality of your part as a third wheel to their relationship. On-again/off-again relationships are often a sign of confusion between two people. No matter what they are going through, it seems as though the hope is that it can somehow work out, likely because they love each other to the core. In these situations, it isn’t unusual for a partner to use tactics to try to entice the other back. Don’t mistake him showing you off to others and including you in his plans as a sign that he cares. There’s a chance he’s doing it so word will get back to his ex.

If a guy you’re thinking about dealing with is in an on and off relationship he is likely used to always having someone by his side. Instead of dealing with his loss, he is filling that void with your company, whether he knows it or not. Though he might genuinely enjoy spending time with you, he may be hanging out with you everyday because he is used to it and it provides comfort, not because he is so into you that he always wants you around.

The guy can complain about his ex all he wants, but by doing so he is showing you how he reacts and treats those who were once (and still might be) close to him. Pay attention to the ways he talks about her and ask yourself if this is how you’d want him to talk about you if you guys got involved and then ended things down the road. Don’t mistake him talking about her as a sign that he is opening up and trusts you. Instead it might be a sign that he’s not over things. After all, if he was as smitten as can be the focus of the talk would be you.

The toughest part about getting involved with someone who is sort of always seeing someone else, is the embarrassment factor that comes when you find out they got back together with their ex. Perhaps you felt like you could change him, perhaps you thought it was going somewhere with him, but when you see him go back to the other woman, you can’t help but feel foolish. Not only can getting involved with someone in this predicament give you false hope, but once the reality settles in, you can’t help but blame yourself for getting involved in the first place.

If you want to get involved anyway, be cautious, be perceptive and do so with the awareness that there’s high chance you may get caught in the middle of a messy situation. Sure, there is always the possibility that things might be different with you, but it is important to recognize that these two other people are playing out a pattern and a routine that has become habitual to them. Ask yourself if you want a person with this type of instability in their life when it comes to rules of the heart, and proceed – if you must – with caution.

Does your relationship need a cleansing? Find out here!

Boudoir boredom: How to bring back the love
Why men cheat