Money matters: How to get the raise you deserve

Experts agree women need to be assertive with money matters. Here's how to ask for a raise without alienating your boss. 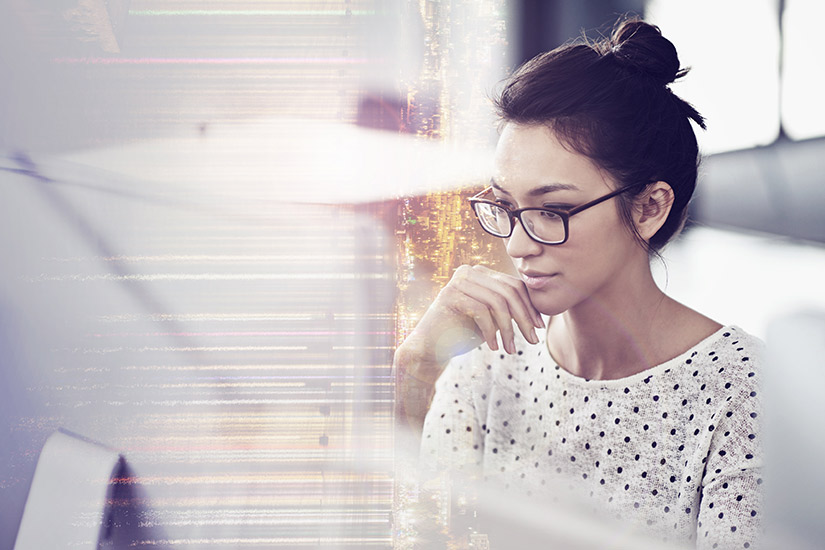 I asked for my first raise at 26. The response from my boss? “Don’t hold your breath.” It was my third job since graduating from university, and up until then I’d never negotiated my salary. It wasn’t until a colleague pulled me aside to tell me he’d caught a glimpse of my paycheque—he thought I should be making $1,000 more a month—that I had the courage to even ask about money matters.

The thought of having the “money talk” had always made me uncomfortable. In my final year of journalism school, I interned in a newsroom for three months. When they offered me a job, I was so relieved to have full-time work that I hugged the HR woman instead of playing salary hardball. A year later, I took a new job in communications and again accepted the salary offer without discussion. Months later, I found out that friends in similar roles were making close to $5,000 more a year. Still, I didn’t ask for a raise out of fear that it might jeopardize the strong relationship I was building with my boss.

Skip ahead six years, and I’m now a partner in Smart Cookies, a small, successful consulting business that helps people stay in control of their finances and create a debt-free life. But, sometimes, I still feel like I’m not doing enough to demand what I’m worth. It makes me angry to think about all the money I’ve missed out on by not advocating for myself—or not advocating properly. The reality of just how much I’ve lost out on didn’t hit me until I picked up Ask for It: How Women Can Use the Power of Negotiation to Get What They Really Want.

The book includes an example of a 22-year-old man and woman who both receive offers for jobs that pay $25,000 a year. The woman accepts the offer while the man negotiates to obtain a starting salary of $30,000. The authors calculate that if the man deposits the extra $5,000 into an account earning 3-percent annually and if, every year after that, both employees average 3 percent raises and the man saves his additional earnings, when he retires at 65, he will have an additional $784,192 in his account simply because he negotiated that one time.

The Institute for Women’s Policy Research, a U.S.-based think tank, reports that women working full-time earn 77 cents for every dollar men earn. Part of the reason for the gap is that men are four times more likely than women to negotiate on their own behalf throughout their careers, according to Linda Babcock, a co-author of Ask for It and an economist at Carnegie Mellon University.

Research done by Hannah Riley Bowles, an associate professor of public policy at Harvard, shows that when a woman negotiates for higher pay, people find her significantly less attractive — but there isn’t a similar reaction to men who ask for a raise.

Add to that an analysis done by compensation research firm PayScale that shows women’s pay increases begin to slow at age 30 and peak by 39 (one of the possible reasons cited for this is that women may receive lower salary offers and are less skilful negotiators) and I’m starting to feel a bit depressed.

Thankfully, there is research that shows that if women take a more friendly and sociable approach to negotiating, they can begin to close the gap. Yes, this solution does sound a bit old-fashioned, but Babcock’s research finds that despite the gains women have made in the workplace, this double standard still exists: A “softer” negotiating style—using a non-threatening tone and friendly body language to seem more likeable (she’s not talking about wearing a pink mohair sweater)—works better for women.

It sounds good in theory, so I set out to find some personal help. I meet Claudia Ferryman, an instructor in effective communication and negotiation at the University of Toronto, for coffee. “Building rapport is key to successful negotiating,” she tells me, and it’s clear she has perfected the art.

She is friendly with the barista, smiles at the others in the shop and puts me at ease immediately. “When people are alike, they tend to like each other,” she says. “So when you’re negotiating with someone, put yourself in their shoes, empathize with them, compliment them and behaviourally adapt to their style to mirror them.”

Most of us would rather be perceived as co-operative than ask for more, she continues. But, she warns, it could have the opposite effect: Your employer could perceive you as someone he or she could have hired for less. Researchers call this phenomenon “the winner’s curse.”

“If the other side gives you what you want right away, they probably would have given you more or, vice versa, accepted less. Both sides want to feel like they are getting a deal, so there is power in taking even the slightest pause before accepting an offer,” she says.

For the next two hours, Ferryman shares more advice and anecdotes about many of the deals she has made (discounts on electronics, a cruise, clothing). “If you don’t believe you’re worth more, the person on the other end of the negotiation never will either,” she concludes. She tells me to practise negotiating in all areas of my life. “Even here at the coffee shop?” I ask. “Sure,” she says. “I get free little perks all the time.”

A few days after our meeting, I tell my mom about Ferryman’s challenge as we window-shop on Vancouver’s Robson Street. When we both find a pair of boots we want, my mother suggests I try negotiating. I’m mortified, but she’s adamant. What’s the worst that could happen?

“Is there anything you can do since we’re buying two pairs?” I ask the salesperson. No, she says, the store doesn’t give discounts. A second employee moseys over to see what’s going on. “You want a discount? Yeah, we don’t do that,” she confirms. Right. Got it. Then the manager swings by and repeats what I already know: no discounts.

I feel embarrassed and worry that I look cheap. I buy a $20 shoe-cleaning kit to compensate. Definitely didn’t nail this one. Shortly after this, I speak with Sara Laschever, the other co-author of Ask for It. “One of the most important aspects of negotiating is you have to grow comfortable hearing no—don’t take it personally, and commend yourself for trying. You’ll get better at it every time,” she says.

Laschever also counsels me to pay attention to what I tell myself before I ask for something. “If your inner voice says ‘I don’t want to appear cheap or ungrateful,’ that’s just going to hold you back. The real key is to ask for more than what you want.

Before you negotiate your salary (or something else), identify a high but reasonable target — and ask for at least 15 percent more. If you want $50,000, ask for $58,000.” Laschever also recommends promising yourself a reward if you follow through on your plan — because a little extra motivation can go a long way.

To practise, I decide to do some role-playing—something all experts recommend. After working out several scenarios, I get my boyfriend to join a mock meeting so that I can start building a tool box of phrases and gestures to help me stay calm and in control when asking for more. It’s important to appear collaborative, so I start with something like “I’m glad we have a chance to talk about this.” I look for ways to empathize (“I’m sure it has been a busy day for you”) and attempt to find common ground outside of our  negotiations with similar interests or compliments. (“I love that watch; where did you get it?”)

Casual conversation and genuine compliments build an alliance, says Laschever. Another important element is to frame what you say in a positive manner. For example, say “I’d like the chance to prove myself in a more senior role” instead of “I’ve never been acknowledged for the work I’ve done and I’m moving on if things don’t change.” The role-playing helps me discover that I need to work on being comfortable with sitting in silence and taking my time to craft a thoughtful response instead of rambling on awkwardly.

The exercise is eye-opening, and, later, I kick back on the couch to reflect on what I’ve learned. What I realize is…I hate this couch. It’s lumpy and the cushions won’t stay put—and it’s only six months old. Though a full refund seems unlikely, the exercise has given me some skills to consider how I could get my money back. I figure out what I will say and what I will accept (I’ll take a store credit, but not for less than what I paid), and I call customer service. I share my story with two salespeople before being passed on to the manager.

“I’m glad I could catch you. I’m in the store often and I know how busy it can be,” I begin. Then I express my disappointment that the couch wasn’t the quality I’d expected.

He suggests I permanently lean the couch against the wall to keep the back cushions in place or avoid leaning back on them. I politely tell him that is not a solution for my space and that I rarely lounge with perfect posture. After using what Ferryman calls a hypothetical close (“In a case like this, would it be possible to return the item and get a store credit?”), I get what I am after.

Spurred on by this win, I decide that it’s time to get more money at work. I take a non-threatening approach with one of my partners by using collaborative language: “We’ve been working so hard on this consulting project. As we’re wrapping up, let’s take stock of how many hours we’ve put in.” I’m sure I’ve put in more hours than she has and feel I should get a bigger portion of the fee.  I’m able to use the facts to negotiate more—in this case, an additional $2,000.

Next, it’s time to talk my brother, who lives an hour’s drive away, into bringing my niece and nephew into the city to see me once a month. I’ve been the one driving out to see them once a week for the past few years. On my way there, I stop for gas and remember what Laschever told me about courting rejection to gain comfort. “Is this the best you can do on the price?” I ask the gas-station attendant. Confused, he says yes. “Nice try,” the guy behind me says with a laugh.

But I’m not deterred. For the first time, I don’t feel cheap asking for a better deal. I feel smart. I’m learning to be okay with hearing “no.” Having the courage to ask is making my life better—in more than just monetary ways. I’ve strengthened my relationships with colleagues and family, I have greater clarity on what will make my life happier and I feel braver every time I stand up for myself. Up next: an increase in my hourly consulting rates—and I’m setting a new pair of Fryes as my reward. Of course, I’ll be looking for a discount there too.