Men and relationships: The curse of the nice guy

Is a nice guy doomed to finish last? 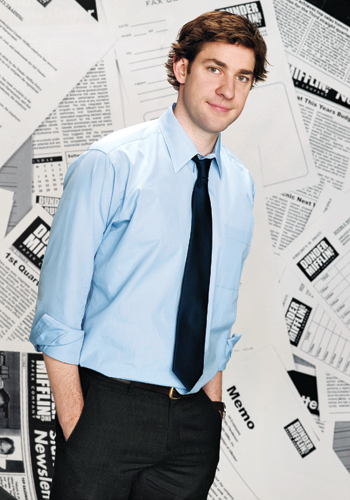 Up until last month, I was in a relationship that can only be described as fast and furious: It went fast; I was furious.

Several months before we met, she ended a two-year relationship with a
guy who had been unfaithful on two occasions — that she knew of. After hearing of the second fling, she left him and found refuge in a rebound, which ended after he bought her a ring. (They were together for two weeks.) Her retreat from the ring bearer brought her to a local bar with a mutual friend of ours, where she met me.

One month and a few dates later, hoping to disprove the theory that chivalry is dead, I took her to Niagara Falls and gave her a box of cupcakes, each topped with a photograph of our favourite onscreen couple. The caption read “Be the Pam to my Jim.” (We loved
The Office and watched it all day, every Sunday.) In tears, she kissed me and said that it was the sweetest thing anyone had ever done for her. Our whirlwind romance began—and the drama started instantly.

One night not long after, we went out to dinner to discuss an issue that she said “needed to be discussed in person.” By the tone of her voice, I knew it had to be important.

“You need to argue with me,” she said as her eyes burned holes in my half-eaten shrimp tempura. “I need to argue!” I kept eating. “My ex and I would fight all the time,” she continued. “This relationship needs drama.”

Fed up (with the conversation, not the food), I countered. “But we have been dating for two months—we shouldn’t be fighting at all! Isn’t this still considered the honeymoon phase?” Silence. That Sunday night, I received a text: “I think we’re looking for different things in a relationship. Maybe we should go our separate ways.”

Men and relationships: How men deal with sadness

It’s tough to describe how I felt at that moment, but I’ll try my best. Physically, I felt like I’d downed a carton of 2% milk and then realized that it had expired months earlier. Emotionally, I felt the way you do when you’ve lost your cellphone—you panic because you don’t know what to do without it. (Besides, a girlfriend and a cellphone both hold a great deal of personal information.)

The next day, I did what everybody does after a breakup: I made a playlist of sad songs and felt sorry for myself. As the playlist went through its fourth rotation of U2’s “With or Without You,” I went on Facebook to make plans for the weekend. The news feed must have been unaware of my emotional state because it displayed my now ex-girlfriend’s relationship status as the most newsworthy item. Over the course of two days, she had boomeranged from “in a relationship” to “single” to “in a relationship.”

She had gone back to her ex.

To make matters worse, somebody had posted the “Just the Way You Are” video under the update, so I listened to the song, reminisced with a mental slow-motion montage of her at the beach and pretended to be sadder than I was. But the truth is, I wasn’t sad; I was angry—angry that I’d treated this girl like gold, only to be treated like dirt in return by being constantly compared to her ex and told I needed to “be okay with [them] still talking.”

Facebook was turning on me, so I closed my laptop and talked to a friend of a friend (okay, who happens to be a psychologist). She helped me put things into perspective: We had simply gone too fast and lost what originally attracted us to each other—the sarcasm, lighthearted banter and unpredictability. It had all turned to “nice,” which got boring. Fed up with the monotony, she went back to a relationship where spontaneity meant more than being faithful.

So, is the task of “changing” the bad boy a way for women to avoid commitment? Because the majority of the time, guys won’t change. (Trust me—I watch Maury.) Then talking to a co-worker who admitted that she had fallen for her share of jerks got me thinking. “Girls date the bad boy but marry the nice guy,” she explained. “I got so sick of trying to change the jerks, I eventually gave up and found a nice guy I wouldn’t change one bit.” So, perhaps bad-boy experimentation is simply a phase that
prepares women for real commitment?

Don’t get me wrong: I know that not all women are attracted to the mean-spirited, negative bits of the bad boy’s disposition. These guys also seem to have sneaky qualities that charm their way into a woman’s heart. They’re smooth talkers who know what they want and go for it. I think that’s what makes it tough to spot the future low points (you know, the ones friends will undoubtedly get sick of hearing about, like how he never calls when he says he will).

But no matter how knee-weakening those traits may be, I wasn’t brought up that way. Despite my many flaws, I still manage to treat women with respect—hopefully without being a doormat that they scuff their shoes on. So, if the ex is what she wants, she can have him. She wants the bad boy (without the infidelity)—and I’m not that. (Curse my good manners!) It’s simple: I don’t play games and never have (unless it involves an onslaught of zombies on Xbox), and what she was playing needed an endless instruction manual.

Although our relationship was brief, dramatic and, toward the end, tiresome, I wouldn’t take it back for anything (even another plate of shrimp tempura) because I learned something through the heartache, scandalous news feeds and desolate playlists: I didn’t deserve to be treated like a placeholder just because she wasn’t ready to commit (no matter how many times I was told otherwise). It’s time the nice guy gets the girl.

Read more:
Why dating against your type can result in love
Can you be too busy for love?
The science behind falling in love