November's lunar eclipse signifies that it's time to start having sex again. Go ahead and get after it. 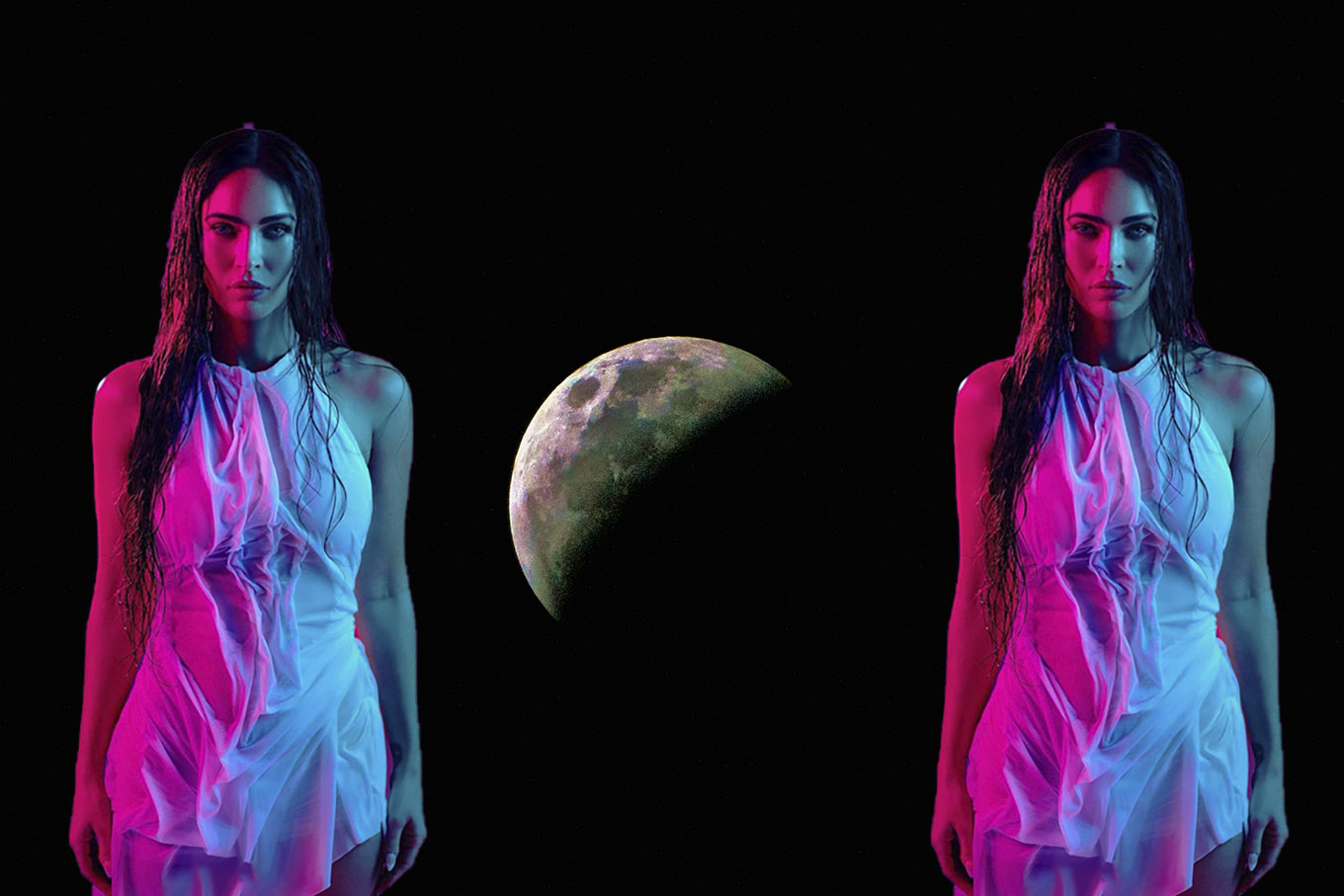 At this point, you’d have to be living under to a rock to have missed it. Meg and Kourt, stripped down to their Skims, limbs entwined while they fed each other cherries, an apple ever-so-gently wedged between their plumped lips. The foursome on a gothic double-date to an MMA match, with a steamy bathroom makeout session, photographed at the club’s haute urinals. (Okay, you lost us here a little, Megun Karbark.)

Despite the SNL spoof-worthy schmaltz, both relationships have legs. And not just the ones strapped into daringly high stilettos! Fox insists that MGK is her twin flame. (Handy for sparking things up with a guy whose opening gambit was, “I am weed.”) Barker, who let Kardashian tattoo his arm and convince him to board a plane for the first time since the tragic 2008 crash he survived, proposed to her on the beach amid an obscenely extravagant bed of red roses.

Celebrity-elevated storylines aside, there is a universal message to be found for us all: Sex and true love can co-exist, even when the bond begins with a searing physical connection.

And just in the nick of time! On Nov. 19, a lusty new eclipse series ignites on the Taurus-Scorpio axis, and will be visible across the entirety of Canada. On the same date, the full moon in Taurus kicks off a two-year series of eclipses.

In astrology, eclipses are harbingers of change. They either reveal shadows or turn off the lights. (Visualize the earth’s shadow painting the full moon blood red during a lunar eclipse or the moon appearing to block out the sun during a solar eclipse.)

In so doing, they symbolically urge us to look at what’s hidden or missing. And what would that be starting now? An “achingly beautiful” desire for Taurus’s sensual touch and Scorpio’s spiritual connection. Boom.

Before you go shopping for Megan Fox’s transparent gowns or adopt Kourt Kardash’s newfound love of black leather, remember this: For every Instagrammed moment, there was someone behind the camera, setting up the pose and probably taking hundreds of shots before nailing anything tantalizing enough to post.

The truth? Real sex looks very little like the tongue-on-tongue visuals these social-media savvy ladies (and their teams!) have taunted us with in 2021. Real sex is unflatteringly smudged eyeliner and cotton panties from a Target multi-pack that you pulled on mindlessly because you weren’t expecting this to happen tonight. It’s awkward poses, primal grunts, and a “fuck it all” attitude.

Taurus, which rules the senses, is all about embodiment. To enjoy these presumed levels of pleasure, you can’t be worried about how you look on camera. You have to turn the focus inward, feeling the sensation of each kiss, caress, and carnal expression.

For the next two years, we everyday humans get to play with both ends of the sexual spectrum, and that’s exciting! The Taurus-Scorpio eclipses activate our raw instincts and lure our hidden freaks out of hiding. With that in mind, here’s how every zodiac sign can unlock the primal power of these eclipses between now and Oct. 2023. Get after it!

While the eclipses activate your five senses, don’t forget the sixth! Unspoken chemistry and the “will they or won’t they” air of mystery can bring the heartbeat back to a flatlining relationship—or create an irresistible narrative for a budding attraction. Willpower is key. The more you hold back (without ghosting, of course), the more magnetism you’ll feel. As you build suspense, go backstage to prepare your “set” with sexy scented candles, warming massage oil, chilled champagne, ambient lights, silky sheets, and dramatic accents like a velvet headboard or gothic canopy. Roll scene!

Esther Perel’s famous quote will resonate for Taurus and Scorpio over the coming two years. “Love rests on two pillars: surrender and autonomy. Our need for togetherness exists alongside our need for separateness.” In other words, hold fast to your individual identity and scrap the matching outfits. (MF and MKG, we’re looking at you.) Differentiating from your partner creates dynamism and spark. The trick is to keep each other engaged, at least on some level. You don’t have to become obsessed with NFTs because you’re dating someone in finance, but hey, maybe your artsy side could give CryptoPunk a run for those algorithmically mined coins.

Get ready for some sexual healing. After two years of eclipse mania hitting your signs and shaking up relationships, you can repair the damage of fractured bonds, soul-sapping stress, and overall uncertainty about the point of even being in a relationship. Compassion (and self-compassion) return, ahhh. Take time to restore your inner balance before diving back into the dating pool. Bodywork, dietary changes, exercise, therapists, and shamans can quickly put your libido back together again. Soulful, healing connections await and the nurturing energy will feel amazing. But first, what toxic elements do you need to extract from your life? Letting go of what you’ve outgrown means opening up space for what and who you really need.

Tradition, tradition! Not a word commonly associated with daring Leos or disruptive Aquarians, but guess what? These eclipses will show you why classic romantic themes have lasted through the ages. Put a modern twist on old-fashioned courtship practices, or heck, just hop into the time machine and drop a hand-written love letter (on perfumed stationery) in the mail. Learn how to cook each other’s favorite dishes. Nesting and power coupling are both potent aphrodisiacs as these eclipses inspire you to build your roots. Whether that involves a family, a dream home, or a shared business, your bonds could inspire a reality show.

Could your best friend become your lover? This eclipse series could reveal unexpected potential in a relationship that has been strictly platonic up to this point. The security of a known quantity becomes the most attractive quality over the next two years—as long as there’s plenty of room for shared adventures. Whether you’re upgrading a “friend’s” status or revving up passion in an existing relationship, here are two things you need to get your mojo rising: 1. More playtime and cultural activities close to home; 2. At least one epic journey that you plan and take together before Oct. 2023. Variety and adventure will be your sexiest spices!

Your November 2021 Horoscope
Your Moon Sign Is the Last Piece of the Astrology Puzzle, So Here’s What It Means
We Found Out Exactly What a ‘Rising Sign’ Is in Astrology (in Case You Had No Clue Either) 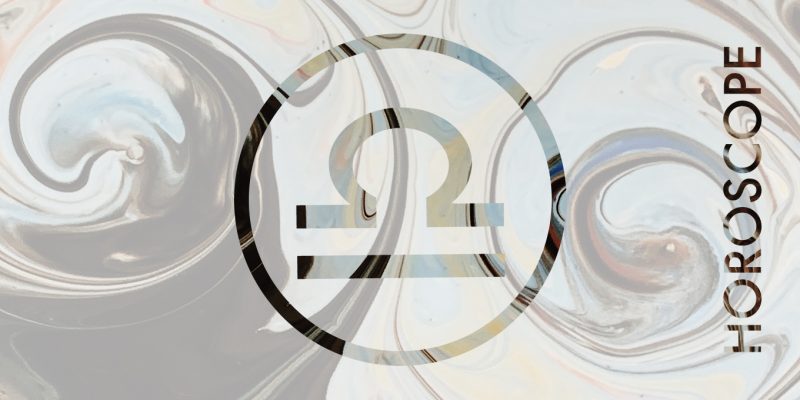 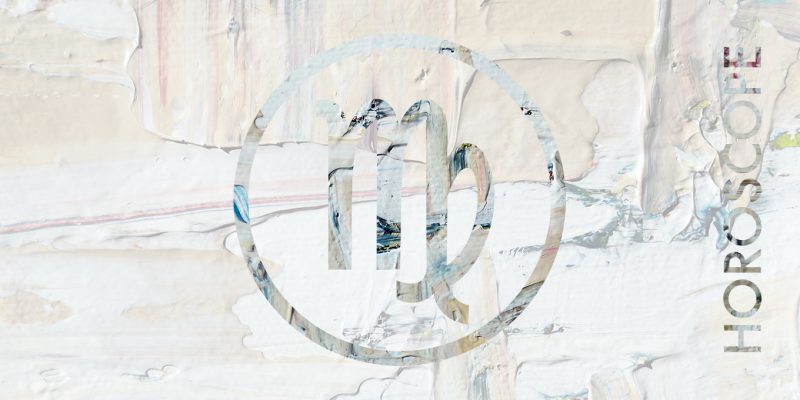 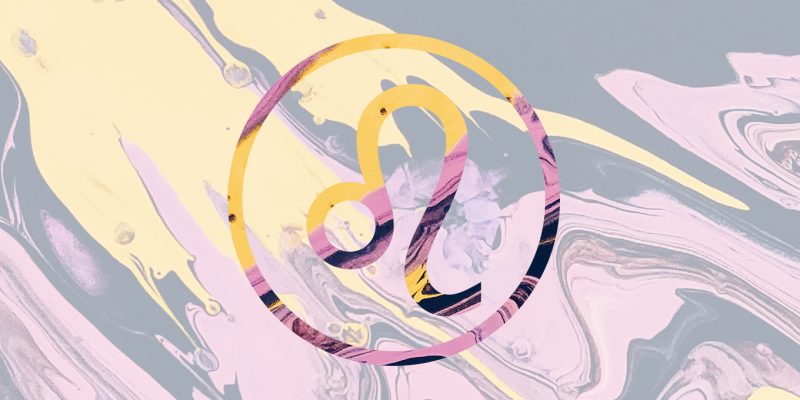 Find out what the stars have in store for you this Libra season.

Find out what the stars have in store for you this Virgo season.

Find out what the stars have in store for you this Leo season.