Is your relationship with your father far from perfect?

Beka Shane Denter's was. Sparked by Father's Day, the writer describes her on-again off-again relationship with her dad. 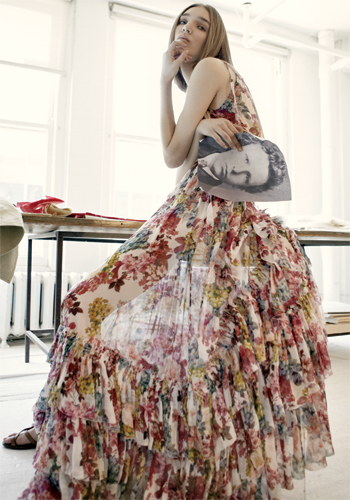 I can still picture my father sitting at the foot of my bed playing his guitar. That is my earliest memory of him. My other favourite recollection is listening to tapes he made when he was travelling through Central America. I can still hear the howler monkeys and exotic birds in the background. Other childhood memories, however, are more painful to recall because my father—who is a caring, gifted man—suffers from a mental illness.

Celebrate FATHER’S DAY: A FATHER’S first steps with his DAUGHTER

I remember, as a girl, being traumatized by his unpredictable outbursts. One episode in particular stands out. I had been spending time with him during the summer as my parents were divorced. We were in the car, and I mentioned that I wasn’t sure when I’d come for my next visit. He suddenly screamed so loud that he choked on his mint. I was terrified—and too young to understand what had sparked this rage. Later, at 18, after being the target of another string of outbursts (this time accompanied by flying pots and pans), I needed a break.

Six years passed before I saw him again, at his father’s funeral. I approached him with trepidation, but he embraced me with a big bear hug. He smelled the same: of Camel cigarettes and Ricola mints. We would rekindle our relationship over the next three years as I shared with him my adventures in the tourism industry in places like Australia and Bali.

Then came another episode, and I reached my breaking point. “I can’t see you and live in fear of another angry fit,” I told him. I felt confused and conflicted as I left my dad crying on his porch that day.

More relationships: The FIVE BIGGEST RELATIONSHIP ISSUES for women—and how to deal with them

It would be another six years before I contacted him again, but he rebuffed me. “We need to agree to a contract before moving forward,” he wrote in an email. I ignored his request, and another three years passed before I reached out again. “I am hoping we can continue our relationship without the need for apologies from either side,” I wrote to him. We talked on the phone regularly, and I enjoyed his sensitive and funny side. I shared photos of my trips through Southeast Asia and told him that I wanted to introduce him to my husband. Things were going well until I suffered a miscarriage. I distanced myself from everyone— including my father. My husband called him to explain, but instead of being compassionate, he questioned my “selfish need” to grieve in private. The connection was again broken.

In May 2011, I gave birth to my daughter, Cali. I watched in awe as my husband cared for us while we recovered from a difficult delivery. His love for us made me wonder why my father couldn’t be a part of this. I had spent three decades going back and forth between feeling loved by my father and feeling hurt and abandoned. When would his disappearing act end? So I decided to send him some photos of Cali. He wasn’t even aware that I’d been pregnant, so I wasn’t sure how he’d respond to the news of his granddaughter’s birth. At first, things were promising. “Great photos! Thank you. Cali looks like a happy kiddliwink,” he wrote. A few days later, another email arrived. This time it was cold and reproachful. “What exactly are your intentions in sending me this information?” he demanded.

MORE RELATIONSHIPS: How to (really) get over a broken heart

I continued to send him pictures of Cali, hoping that they might one day meet. “I understand your joy and love for Cali,” he wrote in another email several months later. “I, too, once had a daughter that I loved dearly. Beka, does it make you feel good to deny me the joy of meeting Cali while blithely sending periodic photos and reports?” He signed off with “Have a good life. Your Father (whether you like it or not).” This last email broke my heart, but it also lifted a 30-year weight off my shoulders. I finally accepted that my father is unwell and, most difficult for me to admit, broken. He is a man capable of loving but, due to his illness, with restrictions. I have vowed to continue to give him what I can but finally, truly, not expect anything in return.