Is the Idea of a Soulmate Overrated?

Your relationship may be happier if you don't believe in soulmates. 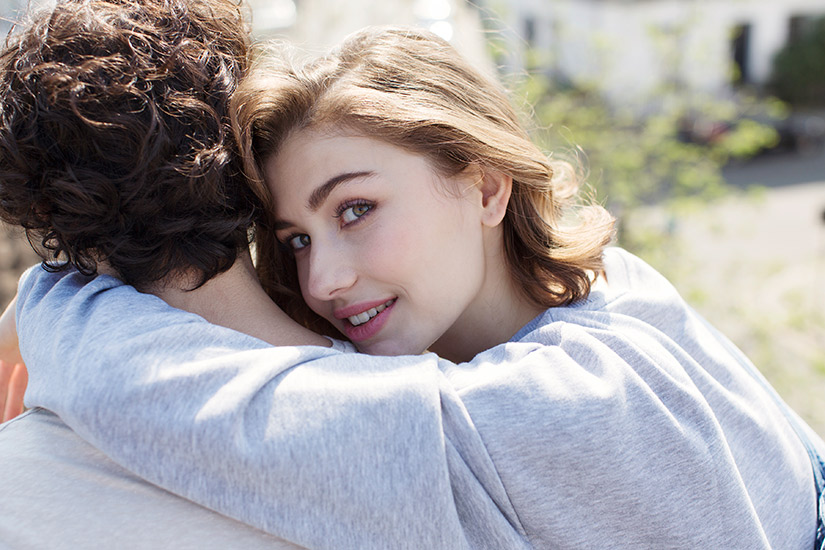 When Carrie Bradshaw declared “I’m looking for love. Real love. Ridiculous, inconvenient, consuming, can’t–live-without-each-other love” at the end of Sex and the City, many of us sighed and agreed. But more than a decade later, her speech seems, well, dated and naive. We—and the pop culture we consume—are far more ambivalent about finding “the one.” Consider the Netflix comedy Master of None. In the finale of season one, Dev, played by the show’s writer and co-creator Aziz Ansari, attends a wedding with his girlfriend, Rachel. As he watches his pals—a nauseatingly-starry-eyed bride and groom—recite their vows, Dev im-agines what he might say to Rachel if they were in the same position: “Rachel, I’m not 100 percent sure about this. Are you the one person I’m supposed to be with forever? I don’t fucking know. And what’s the other option—we break up? That seems shitty too.”

In addition to Dev and Rachel’s will-they-won’t-they-make-it-work story arc, there’s Gus and Mickey in the series Love, a couple who is as on-again, off-again as Miley Cyrus and Liam Hemsworth. Or Hannah in Girls, who, at the end of season six, tearfully shuts down any hope of reconciliation with her former obsession Adam.

Soulmates, it seems, are passé.

Psychologists have been onto this for decades. In 1997, research professor Arthur Aron ac-tually manufactured relationships in his lab at the State University of New York. He invited stran-gers to ask and answer a series of 36 increasingly personal questions. (The premise was simple: The questions—which range from “Would you like to be famous?” to “When did you last cry in front of another person?”—speed up intimacy and vulnerability, two factors that are key to a relationship.) Afterwards, Aron asked the subjects to stare into each other’s eyes for four minutes without talking. Some became close and one couple even married six months later. The experiment has now been referenced in hundreds of studies. The (general) takeaway: A connection doesn’t happen to you; you make it happen.

Mandy Len Catron definitely took the results to heart. The University of British Columbia English professor attempted an ad hoc “36 questions” with the hope of learning to “love smarter” after reflecting on her own failed romances and watching her parents’ relationship unravel. She wrote about the experience in a 2015 New York Times Modern Love column, which went viral. “I used to think that the most important thing when you’re choosing a partner is the intensity of your feelings,” says Len Catron, whose essay has since been expanded into a book, How to Fall in Love with Anyone. (She’s still with her test subject.) “I would now suggest that you’re better off finding someone you know is a good person and trusting that your feelings can and will develop.” (To be clear: This isn’t an invitation to settle down with the next person you swipe right on. Nor is it an excuse to stay in a crummy relationship.)

If this approach to dating sounds terribly unromantic, fear not: Thinking more pragmatically about romance could be better for your love life in the long run. A 2014 University of Toronto study of people in long-term relationships found that those who view themselves as being on a “journey”—not in the cheesy Bachelor sense but of the mindset that relationships can grow and be built on over time as opposed to simply feeling “destined”—are happier with their partners. That’s because they’re more accepting of the ups and downs that come with being with someone for more than five minutes. “If [the study participants] were primed to think about soulmates and then asked about even minor conflicts in a relationship, they reported less satisfaction,” says Len Catron. The implication is clear: If we believe in the idea of a perfect, strife-free match, anything else seems like a lousy substitute. Other studies suggest that those who believe in “the one” may be less likely to try to work through a rough patch—because there shouldn’t be a rough patch if you’ve met the Prince Charming to your Cinderella, right?

Still, it can be hard to resist the fantasy. Len Catron says that about half of her first-year students confess to believing in soulmates. They fear that thinking about love scientifically will ruin its inherently mysterious qualities. It’s a worthy query: Do we lose anything when we ditch the fantasy and accept that long-term love is just another job you have to show up for every day?

Carrie Jenkins, professor of philosophy at the University of British Columbia, says that, at the very least, we should stop thinking about a “standard model” for success when it comes to love. “A relationship is like a living thing, like a person: If it’s healthy, it grows and changes,” says Jenkins, who covers the subject in her new book, What Love Is and What It Could Be. “Think about what you want from the romance buffet. Instead of a set menu of scripted expectations (sex, mon-ogamy, living together, marriage, kids, death), each relationship can be custom-built.” Because whether you believe in soulmates or not, in the end, all that really matters is that your relationship is the perfect fit for you.