Social media has become the ultimate breakup weapon. And we’re all losing. 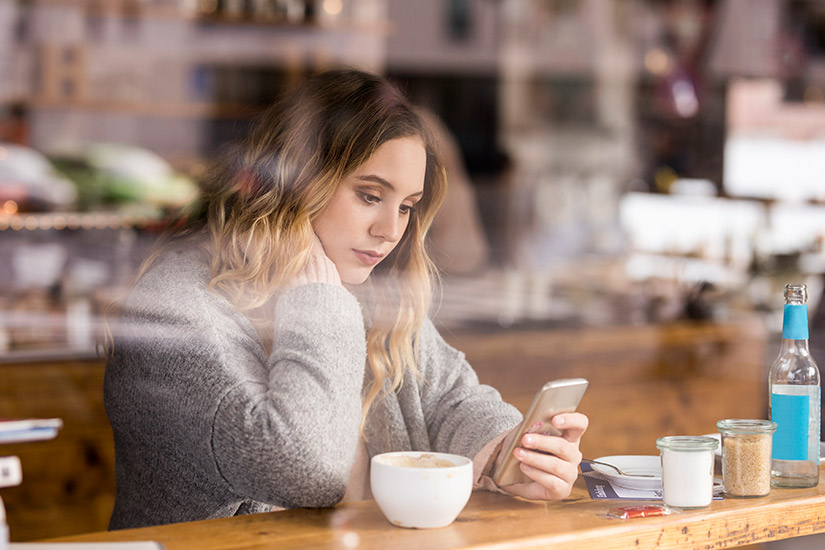 Every time I see a picture of my ex-fiancée, my stomach is hit by that sinking feeling you get when you drive down a hill too fast. The breakup, to be honest, was uglier than Kanye’s social-media political commentary. Still, months after our split, the emotional gut rot didn’t stop me from casually—okay, routinely—checking her social media to see what she was up to and if she was hurting as much as I was.

But surely this social stalking is perfectly normal breakup behaviour in the 21st century? Who is able to exercise any amount of scrolling self-control while heartbroken and reduced to eating stale toasted English muffins with queso dip because that’s the only thing left in your fridge since you haven’t left the house, and maybe your bedroom, in a month? (Guilty as charged.) I’ve also been the instigator of a “thirst trap” post or two (you know the ones I’m talking about—scantily clad mirror shots serving up Blue Steel realness) after breaking up with someone. Think Channing Tatum’s fawning Jessie J post a few months after his split from Jenna Dewan. My take? Whether we can admit it or not, we put these visual campaigns into motion because, on some level, we want to “win” the breakup and prove to others, our exes and even ourselves that we’re better off. We go out more, post more, work harder on our appearance and have professional photos of ourselves taken and post them with Drake lyrics about heartbreak. (Sorry, that last one happened to me.)

You could chalk up this behaviour to plain old bitterness. Or if you did the dumping and are still posting “I’ve moved on” photos, you may be a bit of an a-hole. But posting a #gymbod pic (that may or may not have been enhanced by the Facetune app) is the social-media equivalent of the classic post-breakup effort made to look as hot as possible when you know you’ll be running into your ex at a mutual friend’s party—and it’s all a form of self-preservation. “When someone breaks up with you, it’s an assault on your ego and self-worth,” says Andrew Selepak, a social-media expert at the University of Florida. “We need to find a way to feel better about ourselves or at least project a sense of being okay that we were rejected.” By “winning” the breakup, we regain control over the situation or at least contribute a voice to the narrative. Which, by the way, is a totally normal human response.

Frequent posting is also a way to find social support. Whether you’re the dumper or the dumpee, “people fresh off a breakup feel lonely and may use social media as a way to connect with friends and family,” says Heidi McBain, a Texas-based marriage and family therapist. “They want support and sympathy from others.” Research has found that the same feel-good circuits in our brains that are activated by chocolatey desserts and winning money also light up when people see large numbers of “likes” on their own photos or the photos of peers in a social network. (The research was done on teens, but I have a hunch our post-adolescent brains aren’t that much more evolved.) These seemingly insignificant online interactions actually boost our self-esteem at a time when we need it most. It’s also a way of seeing where loyalties lie among mutual friends. Are they liking your posts? Your ex’s? Both? Neither? Judge them accordingly.

But what if you’re the one doing the creeping? Did my excessive scrolling make me a masochist? We may feel emotionally compelled to check in because we’re curious about how our exes are doing, and if we’re feeling upset, we may want them to feel just as hurt as we are. Here’s the thing, though: Creeping didn’t make me feel better.

I probably should have stopped that first day. Instead, I did the opposite: I lurked, blocked, unblocked and lurked again. I found out that she was going to clubs every other night of the week. And that she had a sudden affinity for boudoir photography. Then came the truth bomb that made me realize my behaviour was doing me more harm than good: a photo of her and her new boyfriend on vacation a month after what would have been our wedding day. That moment, I quit cold turkey. I blocked and deleted her from every social-media account. Sure, it was tough, almost like experiencing another breakup. But consider this: Staying connected will make moving on that much harder. “It will only keep you stuck, lonely and miserable,” says Deanna Cobden, a Vancouver-based dating expert.

If blocking and deleting seems too drastic (or, honestly, you don’t want to give your ex the satisfaction), McBain recommends that you slowly phase him or her out by limiting the time you spend online. “Try to set strict parameters around social-media use—even set a timer if you need to,” she says. And have a support system. When I was feeling tempted to unblock my ex, I would call my cousin, who was going through a divorce. He was a few months ahead of me in the breakup timeline, so his wisdom couldn’t have been more germane. Today, he and I have never been closer. We have turned drinks into a monthly tradition. If this doesn’t work, McBain suggests that it might be time to speak to a counsellor about what is going on at a deeper level.

The good news about all this? You. Will. Eventually. Move. On. Our brains are hard-wired to forget even those Channing Tatum/Jenna Dewan levels of heartache. “It is one of the reasons we are able to date again after a breakup,” says Selepak. As for me? I’ve yet to find somebody to spend the rest of my life with. But it’s not all bad. The emotional turmoil of the breakup gave me the courage to come out as bisexual. It was a tough year, I’ll admit, but one full of valuable lessons. After all, the only way a relationship truly fails is if we don’t learn or grow from it, and I grew plenty. And, in case you’re wondering, yes, my ex is still very much blocked from my social media and always will be. But these days, I’m not even that tempted to check in.