Is it unfeminist to wear white at your wedding?

Marilisa Racco broke her vow not to wear white on her wedding – and ponders the consequences. 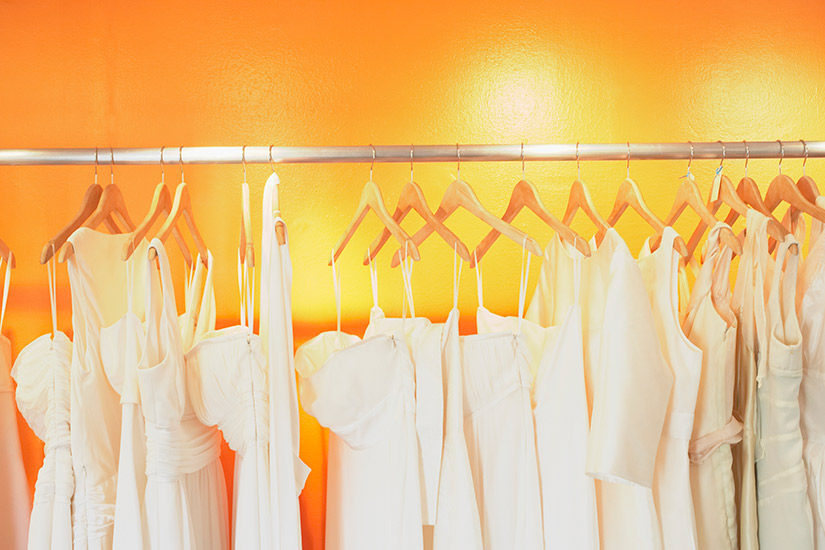 There were a multitude  of reasons why I didn’t  want to wear white on  my wedding day —not least of which were its comical “virginal” associations (I haven’t been a virgin since the Mulroney years) and the fact that it typically washes me out.

Why? Because my other picks — cream Chanel and petal-pink Tom Ford — didn’t feel quite special enough. Also, the Dolce & Gabbana dress I fell in love with only came in white, and when I tried it on, it screamed “Me!” And it made my butt look really good — a fact that I knew my husband-to-be, an ass man par excellence, would appreciate.

It’s not lost on me that the moment I fell for this dress, I also fell in line with one of the many impossible patriarchal precepts demanded of women on their wedding day: looking traditional enough to appear chaste and sultry enough to whet my husband’s sexual appetite while assuring him that my booty and I were his for life.

To be fair, my dress was not conventional by bridal standards — it was a body-skimming cock-tail-length lace number with three-quarter sleeves. And, in my defence, there were very few antiquated rites associated with my wedding, although a big one (perhaps the biggest) was upheld: My father walked me down the aisle. I won’t lie — I wasn’t wild about the idea of being passed from one man to another, but I couldn’t rob my dad of this act that we’re led to believe imprints itself on the subconscious of all fathers the first time they look into the eyes of their infant daughters.

So there I was, a woman walking down the aisle on the arm of the man who created me, being passed off to the man who would ostensibly maintain me, all while clothed in a virginal white dress. It was possibly the most un-feminist moment of my life.

But also, you know, the best ever. My dress may have been complicit in the “symbolic framework of marriage that treats women as property,” as Jessa Crispin, author of Why I Am Not a Feminist: A Feminist Manifesto, puts it, but it also made me feel dead gorgeous.

It’s obvious that in a time when most of us are putting our names on a lease together before put- ting a ring on it, the “virginal” white dress has far less social significance. The Jacqueline Kennedys and Grace Kellys wore white because it was conventional and expected, but the Madonnas and Kate Mosses did so in spite of custom. And while the colour still carries a whiff of tradition, today its primary function is more about style than political statement. Its purpose is to make the bride stand out.

And judging by the look on my husband’s face when he saw me in the dress — walking toward him and away from him — I knew I had accomplished this while still looking entirely, happily like me. Because, just as he is not my master, I am neither his Madonna nor his whore. I just happen to be a woman who got married in a stunning white dress, for all the right reasons.