Is Cheating the Secret to Your Happily Ever After?

Can cheating save your relationship? 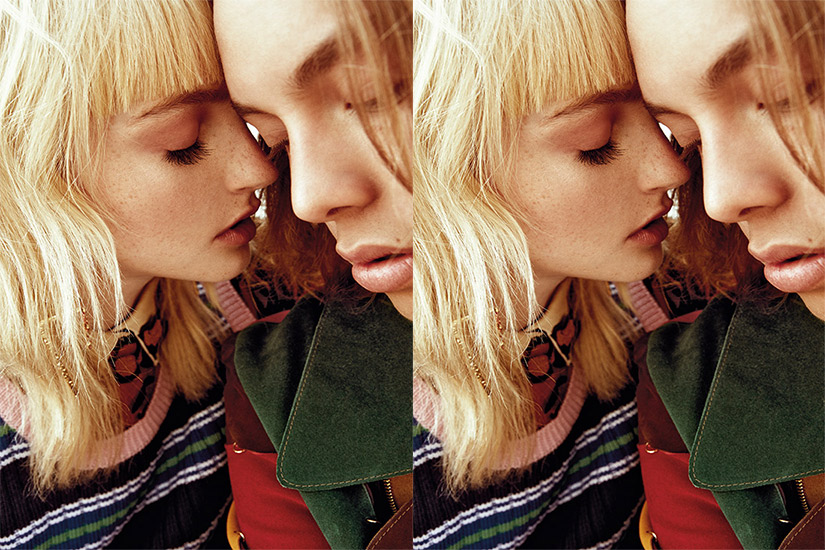 A mom sleeping with her dietitian before giving birth to baby number four. An investment banker who hooked up with someone she met on a business trip. A teacher who would have regular supply-closet rendezvous with a co-worker turned lover. What do these women have in common? They are all happily married.

“Not once during my affair did I think I wanted to end my marriage,” says Annie,* the teacher who fell for a colleague despite being in what she says is a fulfilling relationship with her husband of six years, Josh.* “Having an affair felt like I was giving myself permission to do something that was just for me.” This “me first” sentiment is common among a growing cohort of cheaters: women who are subverting stereotypes (think the passive victim, the vengeful bunny boiler) and instead starring in a new type of infidelity narrative—one that is less about rejecting commitment and more about relaxing the rules around it.

According to studies from the National Opinion Research Center at the University of Chicago, rates of reported female infidelity spiked by nearly 40 percent between 1990 and 2010, while the stats for men have more or less stayed the same. And while there is no one reason why women (or men) cheat, it does seem like the current circumstances of our gender are a factor for some. Namely that for women who feel suffocated by the impossible expectations of modern womanhood (where “having it all” can feel like not just an opportunity but a mandate), infidelity has emerged as an unlikely but potentially effect­ive release—cheaper than a lux­ury spa, easier than ever thanks to the Internet and maybe not even at odds with happily ever after.

For her 2017 book, The Secret Life of the Cheating Wife, Alicia M. Walker, an assistant professor of sociology at Missouri State University, spoke to 46 women who had cheated on their partners via ashleymadison.com, a Canadian dating website and app that facilitates extra­marital hookups the way Uber facilitates transportation. Going into her research, Walker expected to hear a lot about terrible partners, but, instead, in every single case, “the women talked about their affairs as [being] an exercise in power or personal authority.” It’s a power, she says, from which many of them feel disconnected in their day-to-day lives: “They feel locked into these roles and social expectations [around] what it means to be a wife and a mother.” Walker tells me that for her subjects, having an affair was a form of self-exploration—a way to indulge a side of their personality that they generally suppressed. I joke that it’s like the end of Grease, when goody-goody Sandy transforms into a smoking motor­cycle mama clad in black leather. “Exactly! And then she changes back,” says Walker, which reflects what she iden­tifies as the most surprising takeaway from her research: “These women were cheating not as a way to get out of their relationships but to stay in them.”

Take the pregnant mom of three: Her transgression was a private self-indulgence before re-entering the world of diaper duty. One former colleague refers to her sexting with a subordinate as “blowing off steam” before she goes home to her husband. (In the modern infidelity lexicon, this qualifies her as a “micro-cheater,” a term for the grey area between flirting and being unfaithful.) Even the way that married/com­mitted women delight in “playing Tinder” on their single friends’ phones speaks to this idea of infidelity as a form of temporary escapism—more of a sexy weekend getaway than a permanent move.

What exactly we are escaping from is a topic Esther Perel addresses in her 2017 book The State of Affairs: Rethinking Infidelity. The Belgian psychotherapist (and reigning global infidelity expert) based her research on the revolutionary premise that people in happy relationships cheat not because they want to leave the marriage but because they want to leave the person they’ve become.

Marriage, Perel notes, began as a practical arrangement (“to know who our children are and who gets the cows when I die,” as she says in her 2015 TED Talk), whereas today’s romantic ideals are anything but pragmatic. Perel talks about how infidelity shatters this “grand ambition of love” but also how the very grandness of that ambition itself is part of the problem. And maybe you’re thinking “But wait—my grandparents had a romance for the ages, loved each other ’til their last breath and never cast their eyes on another.” But take into account that your grandma probably didn’t expect Gramps to be her BFF, her passionate lover, a perfect parent, a strong protector, a sensitive con­fidant, a dutiful sous-chef and a weekend Ikea companion. She wasn’t inundated by messaging of the wellness culture telling her to live her “best life” (or else). And she definitely didn’t compare her relationship to the perfect couples we now see splashed across magazines and Instagram feeds. Even as we understand that these images are extremely filtered (if not entirely fake), we internalize the impossible standards, and our own relationships come up short by comparison.

“No question there’s a correlation between the satisfaction we experience in relationships and the expectations we place on them,” says Jess O’Reilly, a Toronto sex and relationships counsellor with a Ph.D. in human sexuality and host of the Sex with Dr. Jess podcast. This is particularly relevant to the issue of female infidelity since women are not only the main perpetuators of modern #relationshipgoals but also tend to be the unofficial custodians of relationships. Sta­tistically we do the majority of both domestic and emotional labour in our romantic partnerships. And culturally we are expected to surrender so much of our personal identities to our roles as caregivers, partners and parents. “Women are expected to be a lot of things to a lot of people,” says O’Reilly. Which is part of what we may be pushing back against when we cheat.

The other part may be monogamy itself, or at least the idea of one-size-fits-all when it comes to happy relationships. My friend, the one who had the affair on the business trip, told me that part of what made the experience so attractive was the feeling that she was actually making a choice. When she thinks back on the decisions she made to partner up and have children, she says: “It’s not that I necessarily regret making those choices. It’s more that I realize I didn’t see them as choices—just as the next step.” She worries about what exposing her infidelity could do to her partner and her kids, which is an important point to highlight amid all this talk of empowered female philanderers. Gender not withstanding, there are differences between adopting a new Bikram-yoga practice and betraying your spouse. Infidelity can be devastating, and, certainly, there are more effective and honest ways to handle dissatisfaction in long-term relationships.

So how do we move forward? In a time when fewer of us are signing up for ’til death do us part (for the first time in Canadian history, there are more unmarried adults than married) and more and more people are exploring less trad­itional relationship structures, maybe the first step is recognizing our brave new post-monogamy reality—one in which choice is the secret to happily ever after.