How to overcome imposter syndrome

The origins of the imposter syndrome and how to overcome it. 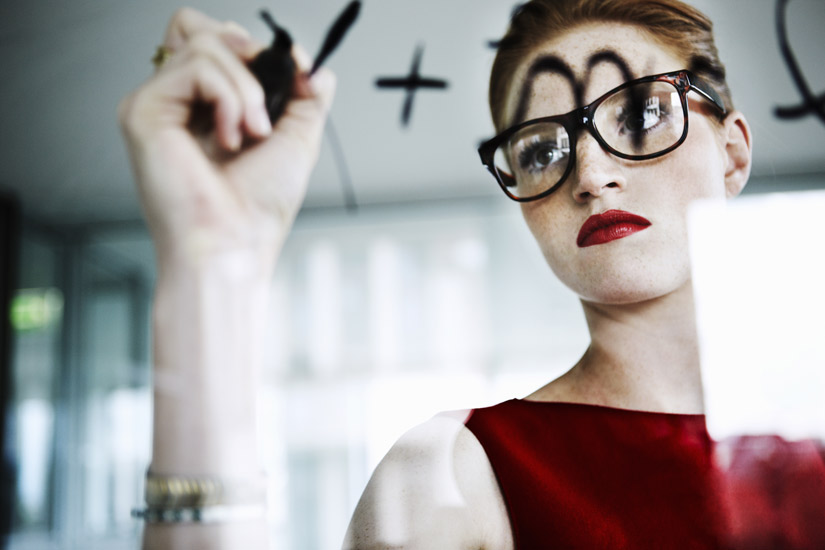 We all know the old axiom “Fake it till you make it.” But if you’ve landed your dream gig yet you spend your workdays agonizing that your boss is going to discover you’re a “fake,” you likely have a case of imposter syndrome.

American psychologists Pauline Clance and Suzanne Imes coined the term back in 1978 after a number of bright students in their graduate-level classes told them they didn’t belong with all of their smarter classmates.

Since then, the phenomenon has been studied extensively across multiple fields. Take, for instance, the medical residents in a 2004 Family Medicine Journal study: Of the 185 doctors questioned, nearly one-third reported that they didn’t feel like they were as competent as people seemed to think they were and that, when they finished their residency, they probably wouldn’t be able to practise medicine. Narrow the results down to the females and the number jumps to 41 percent.

Or consider more recent work done by two American sociologists, Jade Avelis and Jessica Collett, who wanted to know why so many female academics “downshift” from wanting tenure-track positions to choosing less-demanding jobs. The leading cause of this, as detailed in a paper they presented at the 2013 American Sociology Association conference, was surprising: It wasn’t “having a family,” as some expected, but “imposterism.”

The common denominators in all the studies: highly capable and successful people confessing to “imposter feelings” — and the majority of them were women. While there are certainly men who feel this way, Valerie Young, the author of The Secret Thoughts of Successful Women: Why Capable People Suffer From the Impostor Syndrome and How to Thrive in Spite of It, theorizes that these feelings of being a workplace fraud are more prevalent among women in part because females tend to internalize failure while males externalize disappointments.

READ MORE: Career advice: How to get the raise you deserve

“Women tend to think they flunked the math test because they inherently can’t do math,” she says. “Men think they flunked because the teacher didn’t give them enough time to study.” Young points out that some of these perceptions of incompetence come from the fact that women are still judged by a different standard.

As just one example, she points to Swedish research that shows that in order to get grants, female scientists had to be 2.5 times more productive than otherwise identical male applicants. These feelings of insecurity are even more complicated for minority women — something Joyce Roché knows first-hand. As an African-American who grew up in rural Louisiana, she spent almost two decades of her high-powered career in the male-dominated marketing industry feeling like a fraud — despite having earned an MBA from Columbia University.

“Each time I’d get a promotion, I’d be excited for a minute — and then immediately this little voice would say ‘Oh, this time you’re going to stumble. This time they’ll find you out,’” explains Roché, who recently published a book about her experience, called The Empress Has No Clothes: Conquering Self-Doubt to Embrace Success. It features interviews with female business owners and execs, including fashion designer Eileen Fisher, who share their own “imposter” stories.

Roché, who describes staying silent in meetings because she was afraid a silly idea would expose her, eventually found a way to quiet “that whisper” — she gave it a voice: “I took pen to paper and wrote to myself and put those feelings down. I would look at them later and say to myself ‘Boy, that’s really crazy! Where is this coming from?’ And I would talk myself down.”

She also found strength in making a catalogue of her accomplishments, so whenever that internal churn started, she had “proof” for why a superior would assign her a challenging project. “Learn to metabolize your external validation — let compliments come into your psyche,” she says. (Although she admits the imposter feelings still return on occasion.)

READ MORE: Career advice: How to deal with office bullies

Although Roché came of age in the era of “breaking the glass ceiling,” she has found that her message resonates with younger women. This might seem odd for a generation who, as children, were excessively praised by helicopter parents and played in peewee soccer leagues where every player, winner or not, got a trophy. In fact, the opposite might be true.

Roché recalls speaking with a young university student: Raised by parents who told her she was the best—and excelling academically as a result — she was shocked when she arrived on campus. “There were a lot of ‘bests’ that looked like her, and she started to question whether she was, in fact, any good at all,” says Roché. (“In situations like that, I always tell people ‘You’re not special!’” Young weighs in, with a laugh. “Some of the brightest, most talented people on the planet feel this way, so why wouldn’t you?”)

Roché has found that for women in their 30s with more work experience, their imposter syndrome is more about a sort of performance anxiety than about being the only woman in the room. “With limited jobs, people feel like they are constantly competing,” she says.

Canadian businesswoman Arlene Dickinson, one of the judges on CBC’s Dragon’s Den, is familiar with that sense of competition — and, as a younger woman, feeling like an imposter. Her secret to not letting it take over? “When you’re feeling that way, it probably means you’re on the edge of your comfort zone,” she says.

“If you push through it, that makes you reach for places you never thought you would. It doesn’t mean that you’re not capable; it means you’re a striver and you’re in that situation because you deserve to be.” In other words…if you think you’re an imposter, you’re probably not one.

WHAT KIND OF “IMPOSTER” ARE YOU?
And how you can work this to your advantage, according to Valerie Young.

The Perfectionist
Flawed attitude: If there’s a single typo, the whole report is a total disaster.
Fix: “Be proud that you care deeply about your work, but let go of the idea of 100-percent perfection.”

The Expert
Flawed attitude: If you were really smart, you would know the answer to that question.
Fix: “Accept that you can’t know everything—you’re a human, not Wikipedia!”

The Soloist
Flawed attitude: If you have to ask for help, you’ve let yourself down.
Fix: “Build relationships by allowing people to help you, even a little bit.”

The Natural Genius
Flawed attitude: If learning that new software doesn’t come effortlessly, like it should, you’re dumb.
Fix: “Be grateful you can pick things up easily—but some things take practice.”

READ MORE: Career advice: The dangers of being too ambitious

1. Consider the source Young recommends evaluating the situation you’re in — graduate school, perhaps, working as a woman in a scientific field — and giving yourself some credit. Recognize the pressure for what it is: a normal reaction to stress. “I want people to say ‘Of course I feel this way.’”

2. Reframe Young advises “imposters” to move away from a shame-filled approach to failure. “Say to yourself ‘Aren’t I entitled to make a mistake? I gave it my best shot.’”

3. Keep going regardless Don’t wait for your imposter feelings to change, cautions Young. Tell yourself every day that you are worthy and you deserve what you have worked for — even if you don’t believe it. “Play the movie that you want to live in your head,” she says. “Do you want it to be Rocky or a disaster movie as you’re walking up to the podium?”

READ MORE:
One woman’s crisis of confidence and experience with imposter syndrome
Career advice: Expert tips to help you land your dream job
Career advice: Is work your new boyfriend?
Career advice: The dangers of being too ambitious