Because the couple that streams together, stays together. 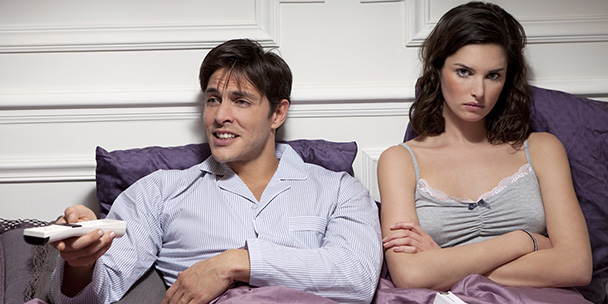 Don’t be like the couple in the above photograph, their love torn asunder by differing television preferences, doomed to break up just because she can’t persuade him that watching Friday Night Lights (instead of Friday Night Football) will change his life. Because as the old adage goes “the couple that buffers together stays together”.

Luckily, those binge-watching enablers over at Netflix have heard the cries of (actually) just Netflix-ing and Chill-ing couples, and have offered their own handy guide for getting your significant other into the same TV show you’re currently obsessed with.

According to Netflix, it’s all about strategy and timing. They’ve identified the “getting hooked” episode for many of the most popular television shows, with the idea being if you can just get your love to watch until say, episode 2 of Bates Motel, they’ll get it, and happily not leave the house with you for the next 56 hours.

For your reference, here are a few of the habit-formed points for some of the more popular shows:

How I Met Your Mother – Eight episodes

And the real goal…

Do with this info what you will.