How to get out of a toxic relationship

Whether your relationships need a little sprucing up or a major sweep, we've got you covered. 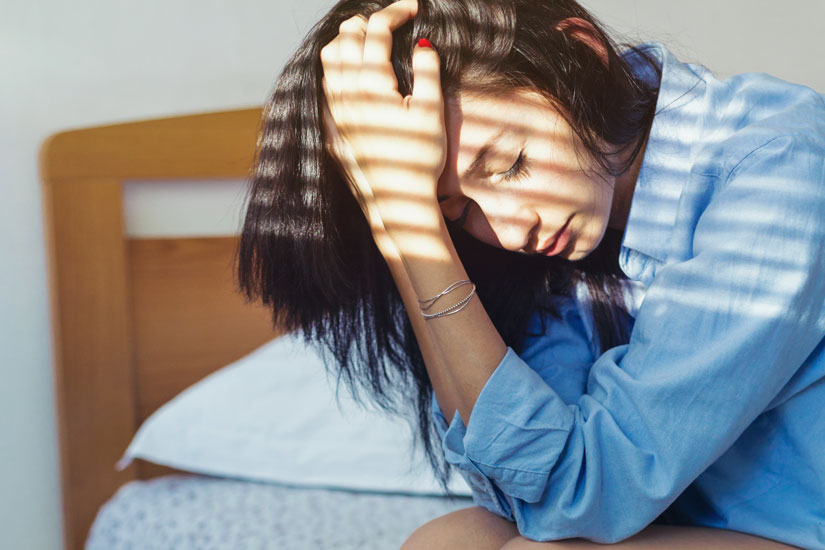 Bad relationships can have as big an impact on your health as a steady diet of ketchup chips and rosé. Studies show that the happier we are with our loved ones, the better we feel mentally and physically, while continual negative reinforcement from others can actually rewire our brains to blast our most emo thoughts on repeat. Here’s how to make your good connections even better and overhaul the ones that leave you feeling down.

Boost your effort to get the most out of all your relationships.

WITH YOUR BOSS OR CO-WORKERS Plan an off-the-clock hang that’s not at the local pub, like an escape room or a cocktail-making class. “Novel activities that push you out of your comfort zone help you see a different side of your co-workers,” says relationship expert Kimberly Moffit. They can also make Sue in accounting less likely to implode when you submit your expenses late because she’ll remember all the fun you had making those gin fizzes.

WITH YOUR CREW Bailing has become a social epidemic; researchers say it’s because scheduling a hangout can make it feel more like a chore than a catch-up. Instead, beep your girls the morning you want to meet – you will be less likely to cancel and probably enjoy it more.

WITH YOUR FAMILY Treat your parents and siblings like you would your colleagues. For real. Practise active listening: When you ask your dad about his rock collection, make eye contact and actually take in what he’s saying instead of scrolling through Instagram.

WITH YOUR SPOUSE Even if you’re Chrissy Teigen and John Legend levels of adorable, you have to talk about your feelings. (Sorry.) Natasha Sharma, a happiness and relationship expert, recommends grabbing a glass of wine (or bottle) twice yearly and asking each other open-ended questions like “What emotional obligations aren’t being filled?” It will feel cheesy, but you’ll be surprised by how much you can learn. Baby steps: Try apps like Avocado (which allows you to share to-do lists and send virtual hugs) or Kindu (which offers more than 1,000 sexy/silly ways to connect). And even talking about the most banal of things can make you feel closer. A 2014 University of Rochester study found that chatting about romantic movies you’ve watched can be as effective as therapy for newlyweds. Tell me about it, stud.

At best, a toxic relationship is rife with self-esteem-eroding commentary and snide asides that you spend hours overanalyzing. At worst, it’s physically and emotionally abusive. The constant deception, criticism and lack of respect leave you with a consistent black-cloud-andbarfy feeling that you’re not doing anything right. Set boundaries or shut it down.

WITH YOUR BOSS OR CO-WORKERS Your manager always directs those jibes about low sales toward you. And your co-worker totally smirks when you order that decaf venti one-pump vanilla non-fat extra-hot latte at lunch. (Then again, maybe not? Humans are hard-wired to make assumptions and think the worst. Before you confront someone, touch base with yourself to make sure you’re not overreacting.) If faced with an IRL Miranda Priestly, be prepared. Cathy Keough, director of counselling initiatives at the Calgary Counselling Centre, recommends role-playing five ways your boss might respond to your concerns. (Having different scenarios in mind will help you ensure that she doesn’t manipulate her way out of the situ.) Also important: not getting fired. Start the conversation on a positive work-related note, and then let her know how you feel using “I,” not “you.”

WITH YOUR CREW Instead of releasing your inner Furiosa when a jealous friend cuts down your new culottes, remember that we’re all allowed a toxic minute. If she keeps it up, take her to a neutral zone, like a café or bar. Try to understand where she’s coming from, but be firm and explain how her words affect you and that they must stop.

WITH YOUR FAMILY Confronting a relative can be trickier than calling out a boss because we feel duty bound to love them. If cousin Beverly is doing her comedy set about your dating life at the family reunion and you only have to hear it once a year, let it slide. She’s looking for a reaction, says Sharma. Ignoring it will stop the positive reinforcement she gets from making you feel crummy. If she decides to move in with you and it becomes a daily thing, then it’s time to speak up. “It often helps to be curious and tentative, not blunt and direct, in your conversation,” says Keough. “For example, ‘I am wondering if you would have some time to talk with me about a situation I have’ or ‘I might be totally wrong, but at times I feel that something uncomfortable is happening between us.’”

WITH YOUR SPOUSE Know your deal breakers and trust yourself. Maybe you’re constantly taking the blame for fights or can’t handle the name-calling. “If you’re consistently feeling put down, it’s time to consider whether that relationship is healthy or not,” says Sharma. Couples therapy is neutral territory that can address your spouse’s insecurities.

WAIT! AM I THE TOXIC ONE?

What to do if you’re pushing people away.

1. ASK YOURSELF WHY YOU’RE LASHING OUT.

Are you angry, jealous, frustrated or sad? What are you gaining from this behaviour? (It’s typically a defence mechanism.) If you’re not sure if you’re being toxic, ask your partner or parents to give you a heads up.

Sharma has found that writing for as little as six minutes a day can stop the tailspin of negative thoughts.

He or she can address underlying insecurities and self-esteem issues that are typically at the root of such behaviours. Some will even use cognitive behavioural therapy, which teaches you to replace that inner “haterade” with positive self-belief.

It actually forms a huge part of your personality.