How to climb the social media ladder 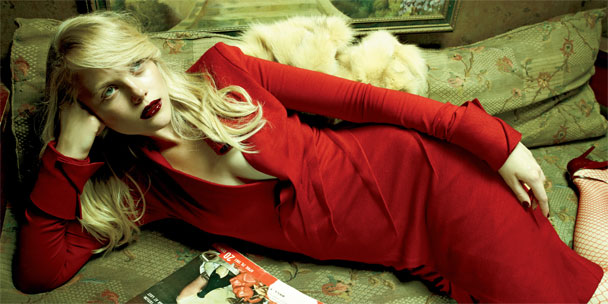 I have social-media-induced ADHD. I am so obsessed with my online existence that sometimes I fear that my
virtual social media life has replaced my actual social life.

I will blow off drinks with friends to peruse photos on Instagram. When I meet someone, I don’t just get their number-I get their social profile. I have trouble carrying on a conversation over lunch when my hand-helds are vibrating- one in each hand and one on my lap.

I leave my U.K. BlackBerry on all night just in case one of my British friends wants to chat. The first thing I do in the morning-before getting out of bed-is check my Canadian BlackBerry. Then, I switch to my iPhone to check Instagram and LinkedIn. I have an Android too, but since I got my iPhone it has been collecting dust on my kitchen island.

Sometimes I worry that I could be written into TLC’s stomach-wrenching reality series My Strange Addiction for the amount of time I spend in virtual la-la land. This is the kind of dedication it takes to build a social media mass following- if you aren’t already famous. In the past two and a half years, I’ve built up close to 30,000 followers (at press time) on Twitter.

It’s the most prominent aspect of my social profile. By comparison, I have only 3,693 Facebook friends-but that’s partly because my interest in Facebook has been waning since the brand’s lacklustre IPO.

My latest obsession is Instagram. In the six months that I’ve been using the photographic social-media app, I’ve amassed a following of over 13,000-that’s more than Holt Renfrew, Roots Canada and Thompson Hotels combined. Not bad, eh?

Yet social climbing in the off-line world is generally considered taboo. It implies that a person desires to exceed their legitimate social position and is moving in circles reserved for those believed to be of a superior station. But very different rules exist in the virtual world. Online, it’s a social free-for-all. You can connect with anybody-and your connections are right there for everyone to see.

(I still remember the rush I felt when
@britneyspears became one of my first followers on Twitter.) And the more followers you have, the more you are likely to get.

I’ve never really been a social climber in the real world, but I’ve always loved
connecting with people. When I was a child, my mom would have to drag me out from under the kitchen table kicking and screaming when a visit to the neighbours’ was up.

Now, I have to be dragged away from my computer kicking and screaming, usually with a smartphone in hand. I think my fixation with technology started in elementary school, shortly after my family got our first computer-which my brother and I fought over constantly.

Somewhere between joining MySpace at 14 and Foursquare at 19, my childhood desire to socialize and casually chat online with friends matured into the realization that I could cultivate a bigger and broader social group online.

I could become, in essence, a virtual social climber. I could amass connections to build my own brand-and career as a social-media/marketing consultant and writer. Now, at 22, I’ve recently done work for Starbucks Canada, Impakt and the Royal Canadian Geographical Society. So, how did I make it all happen?

Two years ago, I was tweeting hundreds of times a day (I was over-tweeting-it was bad) and building a following of 3,000. But life is short and the followers weren’t coming fast enough. So I considered turning to the tricks of the trade. Some people buy thousands of "likes" or followers (which can cost as little as $5 on sites like fiverr.com). But I didn’t want to go that route.

Instead, I went to twiends.com, which is social media’s answer to the old adage "You scratch my back and I’ll scratch yours." I started by buying 20,000 "seeds" (in essence, an encouragement for people to check out your feed) for roughly $250. This translated to 10,000 new followers. Then I began following others to gain seeds, trading a follow for a follow.

Another favourite tactic is to choose prominent competitors on Twitter (like fashion blogger @KENTONmagazine, one of my recent targets) and work to surpass their following. This approach always gives me a bit of extra motivation. I’ve also started following people with interests similar to mine, hoping that my bio will lure them in.

I’ve found this works well too. But lately I’ve begun to notice that some of my followers are actually spam accounts. I recently ran my Twitter account through the StatusPeopleFakers app, which analyzes how many "fake," "inactive" and "good" followers you have.

The rule of thumb on most social-media sites (including Foursquare and Facebook) is: Don’t add people you’re not friends with. This is part of most user agreements, but I find it frustrating. How are you supposed to network if you can only add people you already know?

A few hundred followers or friends does not make a brand. Sometimes, you have to bend the rules (and be willing to pay the consequences). I have been banned from adding people on Facebook for a total of 81 days, in various increments (most recently for the entire months of August and September), because Facebook decided I was adding people I didn’t know.

Despite this, my social-media numbers on all platforms continue to climb. And big payoffs come with big numbers. @lovesey has so many Twitter followers that I’ve been on three all-expenses-paid "Tweetup" trips to Mexico.

It’s a new marketing tactic where tourism boards are using Twitter to promote destinations. In return for the trips, I tweet and Instagram from the ruins of Chichen Itza and the rolling hills of Mazatlán. If I can help promote a beautiful place, why not?

My next stop: northern Europe. I have to admit that all this effort to accumulate virtual followers hasn’t made me as much money as I would like-not yet, at least. But I do believe it has raised my profile considerably. (Invites to the top parties at the Toronto International Film Festival and front-row seats at New York Fashion Week are proof of this.)

I’m well on my way to becoming a global presence-like fashion blogger Bryanboy but better. And my social-media efforts have put me on a solid career trajectory- one day, I will be the director of marketing for a major fashion house or publisher.

Until then, I’ll keep climbing the virtual social ladder, because the most sought-after people are those with the most connections. That’s the new definition of having arrived. Tweet ya later, @lovesey.