How to be romantic: Five tips on keeping the romance alive in your relationship

Whether it’s been a few months or a few years, keeping romance alive without resorting to clichés isn't always easy. Our five-step guide for the romantically challenged is here to help learn how to be romantic. 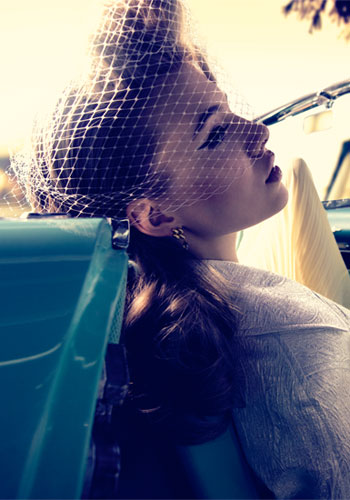 If finding true love is a tricky business,
keeping romance alive is even harder. On the romantic relationship front, most people fall into one of two camps. There are those who feel obligated to attempt some kind of meaningful gesture while secretly believing that “romance” is an illusion created by an industry obsessed with card and candy sales. Then there are those who would love to spice up their romance, but have no idea where to begin.

The good news? You don’t need to be loaded or Casanova to revive the notion of romance—you just need to think outside of the proverbial heart-shaped chocolate box.

1. How to be romantic: Make time for romance.

So many of us are bogged down with busy schedules that romance often falls to the bottom of the priority list. By romance, we’re not talking a six course meal, lit by a thousand hand-painted candles, accompanied by soft music emanating from an antique Elizabethan harp, with a dozen white doves floating over head—just take the time to show that you care. As Valerie Gibson, a relationships expert currently working on her third book, points out, if you truly love someone it shouldn’t be a chore to demonstrate it.

“Romance is about expressing affection for your partner,” says Gibson. “You can do it in so many little nice ways that don’t cost a lot. A real meaningful hug, for example, and not just a peck on the cheek as you fly out the door.”


2. How to be romantic: Keep it simple

Simple as in uncomplicated—not boring. Some of the best-laid plans end up completely muddled when there are too many elements to control. To avoid disaster, keep your romantic plans both manageable and unique.

For his first
wedding anniversary, Greg Harris, 32, desperately wanted to lavish his wife with extreme romantic gestures. “It was a little crazy,” he recalls. “I had a horse-drawn carriage ride, musicians to serenade us, reservations at the fanciest restaurant in town and lots of champagne for toasting.”

Unfortunately, between the carriage ride and musicians, the Harrises missed their reservation and spent the rest of the evening hungrily searching for a new place to eat. “My wife wasn’t thrilled with the night,” Harris says. “Neither was I—although we can laugh about it now.”

For more tips on how to be romantic, read on to the next page…

For his second wedding anniversary, Harris opted for something more original. “I gave [my wife] a series of hand-written letters, each one sealed in its own envelope and tied with a piece of ribbon,” he says. “I told her that she was only allowed to open one whenever she was having a bad day. The idea was that my words would help cheer her up throughout our third year together whenever things got stressful or overwhelming.”

3. How to be romantic: Take the initiative

Cindy Myers, a fourth year psych student at the University of Toronto, thinks that many people have trouble being romantic because there are no specific guidelines or absolute rules surrounding the subject.

“[Some people] need talking through it,” says Myers, speaking from experience. With one college boyfriend, she ended up arranging everything for “his” romantic date nights to her—right down to
what he would wear for the evening—because he kept asking what she wanted. “When you’re forced to throw out pointers, it doesn’t seem so romantic after that,” she says.

Romantic effect often relies upon the element of surprise. After all, you’re hoping to achieve emotional impact—and what kind of impact is possible if you can see it coming from miles away? That doesn’t mean that you need to whisk your beloved away to an exotic resort in Barbados (although, we always endorse that!) Just look for ways to show that you care. Be spontaneous. Be affectionate. And trust us, being romantic on otherwise ordinary days (ie., not anniversaries or birthdays) is a sure way to earn extra points.

4. How to be romantic: Know your partner

If your partner doesn’t love the limelight, skip major public displays of affection. That’s right, friends—proclamations of your devotion on giant football flat screens might be out.

Similarly if your special someone tends to roll his or her eyes at the phrase, “Let’s stay in tonight,” consider planning something a little more adventurous, like a
secluded camping trip or wild night of tango dancing. Sharing new experiences together is a wonderful way to build romantic memories.

According to Valerie Gibson, it’s also important to understand that men and women often view romance differently. In general, romance for women is a reaffirmation of their partner’s love and respect for them. Meanwhile, the average man’s idea of romance involves being respected and desired.

“Women forget that what men need to hear is that you still desire them,” says Gibson. “Men lap that up and for them it is romantic.” So send a
saucy text or tell him how attractive he is to let him know how much you care.

5. How to be romantic: Be confident

If you don’t know this already (although you really should…) confidence is sexy. So it should come as no surprise that the more confident you are when presenting your romantic offering, the more attractive it will be to your special someone.

Romance should be pursued without a sense of duty or dread. Always have faith in your plan, whether it’s a spontaneous foot-rub or giving the perfect gift from Tiffany & Co. If you believe in it, it is far more likely to be a success.

If you’re not sure how to be confident (and some of us aren’t), simply say, “I did this for you. I hope you like it.” Don’t lose heart—if you put your mind to it, anyone can be a successful hopeless romantic.

Read more:
Friendship advice: Is money destroying your friendships?
Date tips: How to flirt with confidence
Relationships and marriage: Can an open relationship be successful?